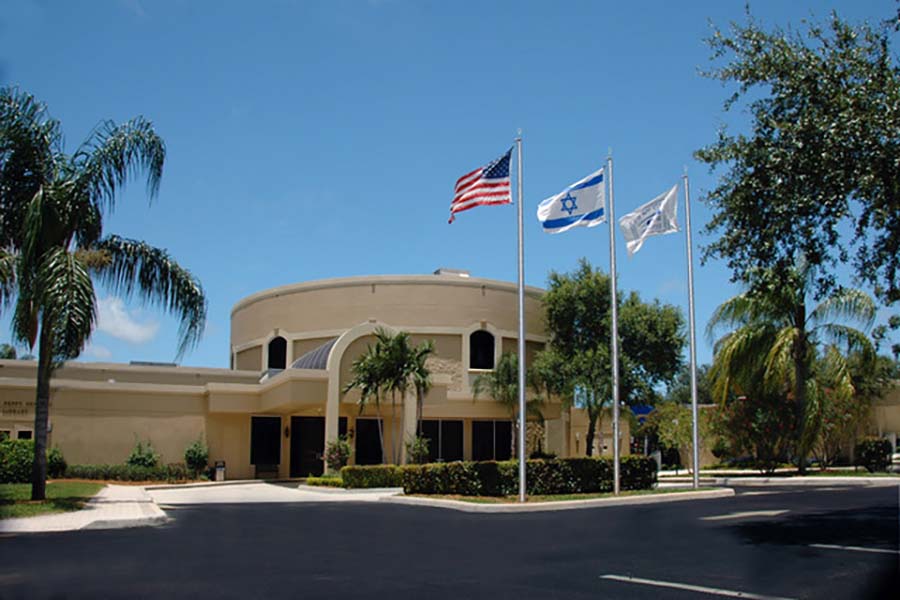 Boca Raton Synagogue, conveniently referred to as BRS, is the largest Orthodox Synagogue in the Southeastern United States and is a dynamic shul that might also be respectfully considered “Big Rabbis Shul.” The pedigree, the list of rabbis that were involved with its establishment and growth reads like a Who’s Who of rabbanim. More impressive is what they have accomplished for the community of Boca Raton and South Florida.

In 1983 there were three families with a vision of an Orthodox synagogue in Boca. Five months later the first membership meeting was held with sixty people in attendance. The official opening of the synagogue was Chanukah of that year with the first Shabbos service hosting twenty-one member families. The first High Holiday services were held in the Boca Teeca Clubhouse with approximately one hundred and fifty congregants attending.

A small group of members began to explore possibilities for a permanent site for the growing congregation. A five-acre parcel was purchased from Texaco at a miraculously low price in the prime Montoya Circle residential area. A groundbreaking ceremony was held in March of 1985 to begin construction of what was to become the first Orthodox synagogue in Boca Raton. The original building, now referred to as the “old shul,” houses the Sephardic minyan, Weinbaum Yeshiva High School, and the synagogue offices.

Rabbi Menachem Raab of North Miami Beach provided rabbinical assistance until BRS hired their first full-time rabbi in 1984, Rabbi Mark Dratch from Yeshiva University. Rabbi Dratch who left BRS in 1987 subsequently served as a congregational rabbi in several locations and was the “Webbe Rebbe” answering “Ask the Rabbi” questions on the Orthodox Union’s website. Rabbi Dratch is currently the Executive Vice-President of the RCA, Rabbinical Council of America.

Rabbi Mordechai Winiarz was the next rabbi, followed by Rabbi Mordechai Neuman. Rabbi Neuman is currently a psychotherapist, a New York Times best-selling author, and a recognized television guest and a contributing writer to The Jewish Press.

After losing three rabbis in six years, BRS decided it was time to hire a rabbi with longevity and with the shul’s continued growth as a priority. In 1991 Rabbi Kenneth Brander was selected. Membership of BRS at that time was at eight-five families and subsequently skyrocketed under Rabbi Brander’s leadership – as did services.

Community involvement had been a priority for BRS, but as the needs of the members expanded, BRS looked to accommodate. The Chevra Kadisha was formed in 1984 and currently has fifty volunteers. In 1989, an eruv was established under the design and supervision of Rabbi Avrohom Blumenkranz, zt”l. The Reiter Institute of Jewish Studies began providing classes, programs, and internationally acclaimed Scholars in Residence. In 1998, the Weinbaum Yeshiva High School (now called Katz Yeshiva High School) was created – the first Jewish high school between North Miami Beach and Atlanta, Georgia. Rabbi Brander, as Dean, and Rabbi Perry Tirschwell, as Founding Head of School, saw it grow to the thriving facility it is today with over 375 students coming from as far south as Miami Beach and as far north as Palm Beach. The first Youth Director of BRS was Avi Frier who later became famous as a magician, DJ, and entertainer of all things Jewishly fun and one of South Florida’s most famous good-guys.

The first of the building expansions began in 1992. Included in new construction were mikvaos: a men’s mikvah, a magnificent and luxurious mikvah for women, and a keilim mikvah, all of which were a first for Palm Beach County.

The Hashkama Minyan was started in 1992 by Dr. Roni Raab, who might be best appreciated as the organizer of the annual Miami Marlins’ Jewish Heritage Day. Dr. Raab is the host of the long-running “Shalom South Florida” Sunday radio program and also serves as the Executive Director of South Florida Jewish National Fund (JNF.) The Sephardic Minyan was instituted in 1993. The original attendees were from Iran, Iraq, Morocco, and of course Israel. Today the Boca Raton Sephardic minyan has two morning minyanim everyday.

There is a Boca Raton Community Kollel with numerous young rabbis brought in to work with individuals and give classes. The most impactful person might be Rabbi Josh Fass who was hired in 1998 as BRS’ assistant rabbi. In 2002 Rabbi Fass and his BRS partner and local philanthropist, Tony Gelbart, established Nefesh B’Nefesh. NBN has helped over 60,000 western olim make aliyah. It all started at Boca Raton Synagogue.

Several of the original kollel rabbis are still active in the community rabbinate today. Rabbi Brander left Boca Raton Synagogue in 2005 to serve as Vice-President of Yeshiva University. In appreciation for his services and extraordinary accomplishments, BRS bestowed him with the title of Rabbi Emeritus. Rabbi Brander is currently the President and Rosh HaYeshiva of Ohr Torah Stone.

Rabbi Efrem Goldberg, who started his affiliation with BRS as a young kollel rabbi in 1999, initiated the Lome Exploratory Service offering congregants of all backgrounds the opportunity to understand and appreciate the meaning of tefillah in a slower-paced service accompanied with singing and divrei Torah. Rabbi Goldberg continued leading this educational service until he became assistant rabbi in 2002. In 2006, Rabbi Goldberg became senior rabbi and has seen the membership grow from 450 members to over 900 families including more than a thousand children.

Consider the impact this amount of children has on events such as Kol HaNearim. BRS had a tallis custom-made so that all of the children under bar/bat mitzvah age could fit underneath it for Simchas Torah. The 1,471-square foot tallis holds the Guinness World Record as the largest tallis.

The motto “Valuing Diversity, Celebrating Unity” continues to inspire the programs both within the shul and within the local community. Rabbi Goldberg was the catalyst for the “Share One Shabbos” program launched in 2010. BRS members invite a guest or a family for a Shabbos meal as a way to introduce a neighbor, co-worker, or friend to experience the beauty of Shabbos.

That same year saw the dedication of a Shabbos Room at Boca Raton Regional Hospital. The Bikur Cholim committee provides meals to community members in need as well as rides to doctor appointments. A plethora of chesed opportunities exist including Adopt-a-Bubby and Zaidy, hachnosas orchim, Tomchei Shabbos, and more. S’gula is a fund established to help offset the costs of couples seeking help with fertility issues and is proud to have provided interest-free loans.

There are eight minyanim Shabbos morning with as many as 2,000 attendees. As the programs grow and membership soars, BRS has plans for expansion for new buildings on their five-acre campus.

The community’s needs vary due to the diversity of the makeup of the Jewish population in South Palm Beach County, one that has shown a 3% growth rate in the last fourteen years. While the population of snowbirds is decreasing, the number of children has increased 57% during the same time frame. Jews represent 20% of the population of Palm Beach County making it the most densely Jewish county in the United States. Out of the 134,200 Jewish adults and children living in South Palm Beach County (primarily Boca Raton and Delray Beach), 8% identify as Orthodox. As Rabbi Goldberg points out, “that is enormous diversity, and along with it comes enormous responsibility for outreach.” While the local rate of intermarriage is currently at 16%, nearly two-thirds of the parents claim to be raising their children exclusively Jewish. 71% of the Jewish community considers themselves affiliated. That presents a lot of opportunity for outreach. As Rabbi Goldberg says, “The community is diverse yet it functions with unity; there is something for everyone. People are attracted to a place where they can explore who they are Jewishly and spiritually.” Rabbi Josh Brodie joined the BRS rabbinate sixteen years ago and is the Outreach Rabbi dedicated to changing some of the statistics.

Boca Raton Synagogue started a satellite shul in west Boca in 2002 and it continues its growth under the full-time leadership of Rabbi Rael Blumenthal. To give an example of the comprehensive services outside of the shul leadership, Rabbi Goldberg’s resume includes being the Co-chair of the Orthodox Rabbinical Board’s Va’ad Ha’Kashrus, Director of Conversions for the Beis Din, Board of Directors of the Hillel Day School, Hadar Girls School, and the Friends of the Israeli Defense Force. Nationally, Rabbi Goldberg serves as Vice-President of the Rabbinical Council of America, is a Trustee of the Beth Din of America, and the AIPAC National Council.

AIPAC is one of the organizations that BRS supports and, in fact, is actively involved with Partnership Weekends. There’s the BRS March of The Living trip and the excursions to New York.

BRS’s grand lobby has a wall with pamphlets and brochures of current shul events. The forty page all-inclusive Community Brochure includes Rabbi’s Goldberg’s introductory note which states, “…we are always striving to initiate new learning opportunities, create social programs and find new ways to allow people to connect with each other, with community, and most importantly with Hashem.” The back cover of the booklet sums it up with the motto “Reaching Out, Reaching In, and Reaching Up.” In only thirty-six years, Boca Raton Synagogue’s great rabbis and supportive members have changed life in South Florida for themselves and their community. 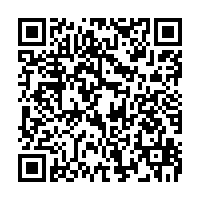