Educated at Oxford, Arnold Toynbee (1889-1975) served as a professor of Greek language and history at the University of London and as director of studies at the Royal Institute of International Affairs. His writings and ideas have had great influence on modern attitudes toward not only history but also religion and international relations.

Much of his influence can be traced to his prodigious twelve-volume series A Study of History, a synthesis of world history considered one of the great accomplishments in modern scholarship. After comparing 26 different human civilizations, he concluded that all civilizations followed fixed, cyclic patterns of historical development; that all human histories were destined to tragic ends; and that the end of Western civilization was near.

A fierce opponent of a Jewish state, Toynbee was a spokesman for the Arab cause and often characterized Zionism as “demonic.” He called the “displacement” of the Arabs by Israel “an atrocity greater than any committed by the Nazis” and, in a Journal of Palestinian Studies interview in 1973, stated that the British had not appreciated the implications of the Balfour Declaration and that Balfour himself was “a wicked man.”

He wrote that “what is peculiar about the Palestine conflict is that the world has listened to the party that has committed the offense and turned a deaf ear to the victims” and that “the tragedy in Palestine is not just a local one; it is a tragedy for the world, because it is an injustice that is a menace to the world’s peace.”

Jacob Baal-Teshuva, a writer and an internationally recognized authority on the artist Marc Chagall, was selected to edit an anthology to mark the “bar mitzvah” of the state of Israel in 1961 and he solicited articles from numerous important personalities, among them Toynbee. Pictured with this column is the fascinating March 24, 1961 response to Baal-Teshuva, Toynbee underscores his passionate anti-Israel views:

Your kind letter, inviting me to contribute to “The Mission of Israel,” has been forwarded to me from London…. My feeling about what has happened in Palestine since the First World War is that it is a tragedy of which we have not yet seen the end…. I hope for an eventual solution of the Palestine problems by agreement, but I fear this is going to be slow and difficult.

As explained above, the central tenet of Toynbee’s historical gestalt was that civilizations, much as human beings, have life cycles that are marked by rises and falls that ultimately lead to the extinction of the civilization and its passing from the world scene. His theory is supported by the fact that through the entire course of world history, through every era and every culture, no conquered and exiled nation or people has ever returned to its land and re-established a national identity. Except one, that is.

Much as the mere continued existence of Judaism stands as a painful theological challenge to both Christianity and Islam, the return of the Jews to Eretz Yisrael after surviving 2,000 years of the bitterest of exiles negates Toynbee’s entire understanding of history. This may explain the motive, intentional or otherwise, for Toynbee’s antagonism toward the Jewish people, whom he persisted in criticizing as a historical “fossil” and an “extinct society” despite the rebirth of Israel. Indeed, historian Aviad Kleinberg, an expert on the history of Christianity, has characterized Toynbee’s approach as a crude reworking of the Christian theme of the Jewish Diaspora as divine punishment for the Jews’ rejection of Jesus, and he attributes Toynbee’s anger at the Jews and Israel to the fact that their mere existence is wholly inconsistent with his general historical philosophy.

When Toynbee published his accusations against the Jews and Israel at the beginning of the 1960s, he was challenged to a debate by Yaakov Herzog, the son of Israeli Ashkenazi Chief Rabbi Isaac Halevi Herzog and himself a respected religious scholar then serving as Israel’s ambassador to Canada. The debate went forward at the Hillel House of McGill University in Montreal notwithstanding the keen apprehension of many Israeli officials, who saw the debate as evocative of the “disputation dialogues” between Jews and Christians during the Middle Ages.

Exhibited with this column is an original newspaper photograph of Herzog and Toynbee at the January 31, 1961 debate. The caption under the photograph alleges that “Toynbee refused to back down,” but that is a striking falsification; in fact, Toynbee sustained a humiliating loss in what Shimon Peres called “one of the most dramatic debates in the history of our people.” In brilliant and spectacular fashion, Herzog forced Toynbee to back off his principal allegations against the Jews and Israel. First, Herzog challenged him to explain how defensive actions by the nascent Jewish state against multiple Arab armies determined to inflict another Holocaust on the Jews of Eretz Yisrael could somehow be compared to the Nazis’ systemic genocide.

He went through a list of other nations that, according to Toynbee himself, had committed atrocities, including the British in Ireland and the French in Syria. And, citing a litany of Arab massacres of Jewish civilians, he pointedly questioned how Toynbee somehow never got around to mentioning them and challenged him for singling out Israel and the Jews. He effectively painted Toynbee into a corner, forcing him to admit that, at the very least, Israel was no worse than any other nation.

As for Toynbee’s characterization of the Jewish people as a “fossil,” Herzog pushed the historian to concede that Israel could be “defossilized.” Although Toynbee persisted in arguing that, due to their persecution and isolation, Jews had had no discernable impact on the stage of world history, Herzog, citing fact after fact, forced him to acknowledge that contemporary Jews had not only become part of world history but had also played a meaningful part in it.

Finally, in a brilliant diplomatic move, Herzog closed the debate by issuing a warm invitation to Toynbee to come to Israel, where he could personally witness Israel’s “defossilization.”

It is fascinating to note Herzog’s successful adoption of a conspicuously different approach than the usual hasbarah (public relations information efforts) we often see coming out of Israel today. He pointedly did not present the traditional argument that Israel is “a light unto the nations” and, rather than insisting that Israel is a morally superior state, he argued merely that it is a typical one. 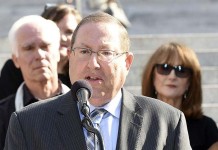 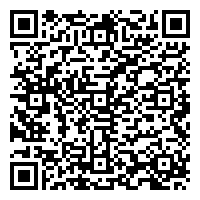