A 16th century Yemenite manuscript of the haphtarot that I just acquired gives us an excellent window into the different traditions of nikud (vowelization) of Hebrew texts that existed in Yemen at the time.

The text of the haphtarot in this manuscript alternates between Hebrew verses and their Targum translation into Aramaic. The Hebrew text has vowels below it, similar to the way Hebrew is vowelized today. The Targum translation, though, has vowels above it, in what is known as the “Babylonian vocalization.”

Babylonian vocalization was created between the 6th and 7th centuries and was widely used for several centuries. Over time, placing vowels beneath words, known as the “Tiberian vocalization,” became more popular and texts with vowels above the words were found only in Yemen.

In this manuscript from the 1500s, we find a combination of the two systems, most likely due to the nevi’im portion being copied from a text of the Ben-Asher tradition, which used Tiberian vocalization, and the Targum written based on a traditional Yemenite text with vowels above the words. 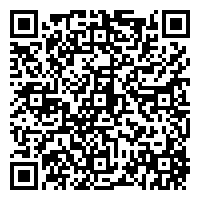