Amid the buzz surrounding issues of religious-secular tension in Israel, such as the legislation to mandate haredi enlistment in the Israel Defense Forces and a recent rally where hundreds of thousands of people protested that measure, haredi entrepreneurship in the Jewish state doesn’t receive nearly as much attention.

And while critics lament the lack of haredi integration into both the military and the Israeli workforce, Beit Shemesh, located 20 miles west of Jerusalem with a population of 100,000, is home to innovators like Rabbi Joel Padowitz, whose ventures have a direct relationship with the haredi community.


Rabbi Padowitz, 36, is co-creator of what he believes is a “game-changing” product for Israeli tourism and business called the Israel App. Originally from San Diego, Padowitz made aliyah in 2009 and lives in Beit Shemesh with his wife and six children. He teaches Mishnah every day at a men’s kollel in Beit Shemesh, is an avid mountain biker, and is the founder of a Manhattan-based investment bank. Although he has rabbinical ordination and an MBA from Bar-Ilan University, he is now pursuing a BA in social science from Harvard University.

The co-founder and manager of the Israel App is the equally eclectic 28-year-old Yaakov Lehman, formerly from Tucson, Ariz., who is married with a newborn child. A part-time rabbinic student and part-time social entrepreneur, he has a BA from the University of California, Santa Barbara in global studies, an MA from the London School of Economics in economic history, and an MA from the University of Vienna in world history. He came to Israel in 2008.

“The reason I founded the Israel App is because people come to Israel and do not get a legitimate or even meaningful presentation of this incredible country,” Rabbi Padowitz tells JNS.org. “We cater to the majority of tourists who don’t hire human tour guides. We want to give them a way to appreciate more deeply all that Israel has to offer.”

The Israel App, which currently has about 6,000 users, contains GPS-guided tours for any tourist who needs to find sites or hotels or restaurants, a virtual concierge for making reservations, coupons, and background content like an “Israepedia,” a glossary covering a wide variety of historical information. Tourists can use the app without roaming charges as they travel around the country.

When Padowitz and Lehman initiated their project, they began looking for a programming team. They happened upon NetSource and its subsidiary, Concept Creative Technology, a service provider of software development. “We liked the service, the price, and their work environment,” says Lehman.

NetSource’s 48-year-old CEO, Mazal Shirem, is a divorced mother of three who grew up Orthodox in Jerusalem, where she lived until the age of 20. After 16 years with Intel and a stint in Munich, Germany, she found a business partner for her new venture whose mission “was to get Orthodox people into the employment market and give them the tools they need to learn the work environment.”

NetSource was launched in 2010 and today employs 200 people – 90 percent haredi women and 5 percent haredi men – almost all living in Beit Shemesh. According to Shirem, the company operates so that the employees “receive the full respect of their lifestyle, including the on-site kosher kitchen, flexible work hours, and even proper subjects on which they work.”

Tamar, a 26-year-old haredi mother of a two young children, is consulting with Shirem in her office. She started work there a year and a half ago as a secretary and worked her way up to an account manager.

“I really like to work here,” she says. “The girls are very nice and it’s convenient for me to work in this company because I find all the conditions which I need in order for me to go out and do my job in an appropriate environment.” 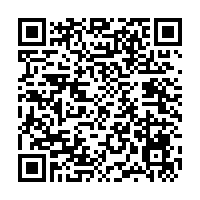