I recently attended a large women’s event in Jerusalem. The rows of seats were filled with hundreds of women of all ages and spiritual hues whose heads were topped with a sunburst of colorful headscarves. (I almost wrote “kerchiefs,” but no one wears kerchiefs anymore, only scarves.) It was a perfect rainbow of colors, flowers, designs and materials. The ties and shapes and engineering that went into these designs was mind boggling – from sophisticated elegance to discreet and demure. I wondered how long it took to arrange each of these creations and I marveled at their loveliness. There was something very refined and feminine, even in the most colorful and stylish arrangements. It was a public proclamation of Jewish womanhood to the world.

The following evening, I found myself at a second event (it was a busy week!) where several hundred bewigged heads were in view. By and large they were brunettes, but many blondes gleamed among the darker hues and a scattering of redheads provided additional garnish to the crowd. I saw long wigs and short ones, curly wigs and straight ones. There were bangs, braids, bands and barrettes. I couldn’t help wondering what was the sum worth of all the wigs at that particular event. It could have been sufficient to erase the national debt or at the very least to halve the price of day school tuition!

Personally, I believe scarves are more modest and appropriate headgear for Jewish women, but what to do? I’m a staunch wig person myself. I know women who swear that the first thing they do when they come home is remove their wig with a vengeance, just as men remove their hats. (After that they remove their shoes.) They find a wig uncomfortable, even if they’ve been wearing one for decades.

Me? I live in my sheitel. I could shower, sleep, go on a hike (assuming my legs agreed) and stick my head out an open car window to catch the wind – all while wearing my wig. The idea of wrapping my head in a scarf gives me scarco-fobia. It’s like putting a pair of handcuffs around my brain. Obviously, this is a highly personal, to each-her-own decision.

On the rare occasions I visit my favorite sheitelmacher, she always sighs. “I know you’ll go home and immediately comb out all my work,” she says. She’s right. I do. I also tend to snip a bit when she doesn’t get things quite right. My kids are aghast. But except for one disastrous experiment, it usually works out quite well. (I do try, however, to limit my creative snipping to older models. Just to be on the safe side.)

My kids may be aghast at my do-it-yourself snipping, but I am aghast at the prices of wigs. I tried to pry the real cost of making a wig out of my sheitelmacher, but all she would tell me was that she doesn’t make that much on each wig she sells. I believed her – sort of. She wouldn’t lie to me, would she? She’s an erlicheh frum Jewish woman. But if she isn’t making much money on a $4,000 wig, who in Heaven’s name is? Someone in China or Portugal or Zambia? Since I’ve never spent anywhere near that price, she’s not getting very rich on me. They tell me that there are even more expensive wigs to be had, but it’s hard for me to conceive of such galactic prices.

But what really blows my mind is the stories I’ve heard about young kallahs who come to buy a wig with their mother and “need” not one, but two, of these celestial creations: one for Shabbos and one for during the week. Whose priorities are askew – the girls’, their mothers’, or mine? Sometimes I wonder if God doesn’t shed a tear or two when he sees what His daughters are up to down here.

One of the most discomfiting wig-related experiences I had was when I first began wearing one. For the first year or two of marriage, I wore hats. I hated them with a passion, but at the time, very few women in our surroundings wore wigs (very few covered their hair at all).

Nonetheless, I courageously ordered a custom made wig. It took a while, however, until I worked up enough courage to wear it to the third grade Hebrew school class I was teaching. After having explained to my not-very-knowledgeable students why married Jewish women covered their hair (which was difficult to explain since none of their mothers covered their hair), I now had to explain why I no longer covered mine!

To show up in a wig which looked like one’s hair and then to have to start explaining all over again was very, very hard. Was it really a wig, they asked. Weren’t wigs just “cheating”? Was I cheating? I lined them up and one by one let them feel the edge of the wig to convince them that it was indeed a wig, but I’m not sure I ever convinced them of the honesty or integrity of wearing it. They finally shrugged and concluded that religious people do strange things and, eventually, it ceased to be a topic of discussion.

But it bothered me. I was left feeling that that wig undid much of my hard work trying to bring them closer to the Torah and mitzvos. Children have an unnerving way of seeing the unencumbered Truth. To this day, I’m not sure of my own opinion on the matter, but I am pleased that my daughter and daughters-in-law wear scarves. Fortunately for me, there are several other bubbies in the extended family who also wear wigs so I don’t have to explain my head covering to my grandchildren!

Once, in my pre-sheitel days, a very fine Jew informed me that a scarf was not the way to go. In his circles, it was not considered “kosher” enough. However, in our present-sheitel days, women of all ages are being rebuked for the overly stylish wigs they don. Who is right? As I said, unless you have a definite rabbinical opinion you follow, this is one of those sensitive, highly personal, to each-her-own decisions.

May we all garner the wisdom to make appropriate decisions for the proper reasons for all and sundry matters – from head to toe and everything in-between! 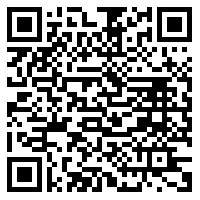