On a recent trip to Bulgaria, Rabbi Yisroel Meir Gabay, head of Agudas Ohalei Tzaddikim, searched through city archives until he was able to identify the 16th century home of the legendary Rabbi Yosef Caro.

Rabbi Gabay hung a plaque on the building to mark its historical significance. It reads: “Residence of our master, author of the Shulchan Aruch, Rabbi Yosef Caro. Tradition has it that this is where he wrote his sefer Bet Yosef.”

Last week, Yeshiva Torah Vodaath of Brooklyn, NY lost a rebbe of over 50 years with the passing of Rabbi Reuven Scheiner. He was very knowledgeable in Torah and exuded great warmth and sensitivity to his students. He also gave Torah lectures at Congregation Yismach Yisroel Alexander.

Alert from the Volove Kashrus

Air Conditioner Breaks Out in Flames

According to JDN, an air conditioning unit in the house of Rabbi Gershon Edelstein − rosh yeshiva in Yeshivas Ponevezh − burst into flames after midnight two Shabbosim ago.

Hatzoloh and the fire department arrived at his home on Raavad Street in Bnei Brak to put out the fire. No one was injured during the incident, and nearby residents were not required to evacuate. It wasn’t immediately clear to authorities what caused the fire.

A record crowd of over 150,000 people arrived at Har Hazeisim two weeks ago to pray by the grave of the Ohr HaChaim on the anniversary of his death. This despite temperatures of over 100 degrees.

The Cemetery Council − which oversees the upkeep and security of the cemetery on Har Hazeisim − was well prepared for the crowds, having received NIS 200,000 by the Municipality of Jerusalem for the occasion. Police completely sealed off the area to private vehicles; only public transportation was allowed to enter.

A large prayer tent was set up to provide shelter from the blazing sun, and many water stations were placed around the area so that people wouldn’t become dehydrated. 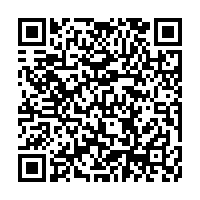