While the government shutdown looms for the 28th day in a row, many federal employees are not receiving paychecks. However, due to a quirk, only one branch of the military is not being paid – the US Coast Guard. This means that Coast Guard personnel have to make difficult decisions, such as should they pay rent or buy food for their families. On Wednesday, Borough President James Oddo of Staten Island posted on his Facebook Page about the plight of the hundreds of United States Coast Guard families stationed in Staten Island. His post mentioned that paychecks will not be coming in this week and put out a request for food for these military families.

David G. Greenfield, CEO of the Met Council on Jewish Poverty, responded. He gathered his team at their enormous Brooklyn food warehouse and got to work preparing food for 600 families at Fort Wadsworth.

“I didn’t know that we had such a large Coast Guard presence in New York City,” said Greenfield. “The minute I heard the news, I reached out to Borough President Jimmy Oddo and asked how we at Met Council could help. He put me in touch with the Coast Guard Commander and together with Jessica Chait, our Met Council Food Czar, we got on the phone to figure out exactly what these families need. As the largest free kosher food distributor in the world, we have the unique ability to deliver massive amounts of food literally overnight.”

The Met Council put together a truckload of 25 different name-brand items for the military families and send it out this morning on one of their four delivery trucks. From cereal (Cheerios and Raisin Bran) and milk for breakfast to tuna and rice for lunch to salmon and fresh vegetables for dinner, Met Council provided a full menu of items for the military families, most of whom had never experienced a need for food before.

“We were also able to provide snacks like fresh apples, juice boxes and chips for the kids and protein and granola bars for the adults and popcorn and iced tea for everyone. The least we can do for those protecting us is to be there for them when they need it,” said Jessica Chait, Managing Director of Food Programs for Met Council.

“Last year, New York City was deemed a ‘Coast Guard City,’ and proudly Staten Island, which is home to the US Coast Guard Sector New York, played a key role in winning that appellation. We are grateful for and proud of the members of the US Coast Guard. Their work is vital to all of New York and to this nation, and it is often overlooked and under-appreciated,” Oddo said.

“This is a difficult time for the Coast Guard, nationally and here at home in Staten Island. To see the outpouring of concern during this trying time is beyond heartwarming. My dear friend, former colleague in the New York City Council, and now CEO of the Metropolitan Council on Jewish Poverty, David Greenfield, immediately stepped up, and his compassion and generosity on behalf of the Met Council reflects the true essence of this city. I cannot express adequately how appreciative I am to him and the entire Met Council family for their kindness. New York City is indeed a Coast Guard City.”

“We are truly privileged to provide food for the needy New Yorkers through 40 food kosher food pantries every single day,” said Greenfield “But it’s a special mitzvah to be able to help our military who were suddenly plunged into crisis. We are so proud that we serve over 225,000 people in need each year Met Council serves all their clients with the highest dignity and respect. This story proves that you truly never know when someone needs help.” 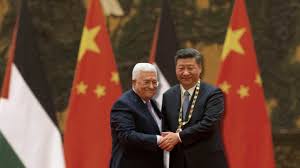