This week’s Torah parsha is Bo. We read about the final three plagues that G-d brought upon the Egyptian people.

We know that the holy Torah doesn’t waste any words. And yet, throughout these last two parshas, Hashem explains the exact same action with different plagues, in such detail. And Moshe and Aaron went before Pharaoh, and they said “let my people go” and he said “No”! and then each and every plague that was sent upon the Egyptian nation is itemized, and how it came and how it went, and how Moshe and Aaron came again and again.


The entire story could have been told in a brief version such as:

And G-d told Moshe and Aaron to go to Pharaoh and to command him to let the Jewish people go. Since Pharaoh disobeyed, Hashem punished him and his nation with the 10 plagues. And then the names of the plagues in the order of which they came.

However, we know that no words are unnecessary in the Torah, and if the same scene repeats itself 10 times it must have a reason.

Another point, is that whatever was written down in the holy Torah so many years ago, must also have a message for all generations. With those two points in mind, let’s take a closer look at the 10 plagues and Moshe’s and Aaron’s jobs, and what the message is for us today.

To begin with Moshe doesn’t even want to go on this mission to save the Jewish People. He is sure that his older brother is more worthy of the position. Then after Moshe finally accepts the mission, he gives the first message to Pharaoh, and right after that, life gets worse for the Jews. Moshe says to G-d, “Why did you send me, things just got worse.”

Then when the plagues begin, Moshe and Aaron keep going back and forth with the same message. They had total faith in Hashem. Pharaoh could have killed them for bothering him so many times and for sending all these terrible plagues on him and his nation. And yet they went with confidence, and repeated the same thing over and over again, with the knowledge that he wouldn’t even listen.

And then finally on the last plague when all the Egyptian firstborn children were dying Pharaoh ran to Moshe and Aaron and shouted at them to leave now, just take everyone and go. This sounds like a very theatrical story, but its message to us is much greater than just a good story.

The story of the plagues is a story of our daily lives. We are not prophets like Moshe and Aaron, and yet Hashem talks to us all daily. Moshe and his brother were sent to save the Jewish people. However, G-d sends us messages daily to save us from ourselves.

G-d may call upon us to take a family member to the doctor. Immediately we may wonder who else I can ask to do this for me? Who is better suited for the job; perhaps my son or daughter, my brother or sister. Then after we somehow find ourselves taking on the mission, we hit traffic. When we finally get to the doctor’s office we have to wait forever for our turn. The nurse sends us up and down the building 10 times to do different tests, that could have been done in one room when we came in, while waiting so long for our turn. And then after all the waiting and tests it’s finally our turn, and we find out that the specialist surgeon we were waiting to see for so long wasn’t available. And then he suddenly comes to the office and can see you. You quickly forget all the aggravation you had till this point and you are so happy to finally get the answers you were waiting for.

The process itself, which a person goes through while making the choice to help someone or do a good deed, is already part of the message from Hashem. That choice-making takes time, and these new plans that weren’t part of our daily schedule, are all there, in order to save our soul.

We came to this world with a purpose. We don’t know exactly what it is that Hashem wants from us. However, we all have our own personality and things we wish we were better at. We wish we wouldn’t get angry so quickly, we wish we had better listening skills, and we wish we were more caring towards others. We try to think positively, and not to talk badly about others and so on.

We get messages daily. We may not always notice them, but once again, that is our job, to notice these messages, and to realize that we are being asked from above, to do something that may be hard for us. It won’t be easy, but this is our test and this will save us from ourselves.

These messages can be small or large, that’s irrelevant. The point is to carry out the steps, just like Moshe and Aaron. In every step there is great reward for us, especially if it’s hard for us.

Each time Moshe went to Pharaoh with the same message he was rewarded. G-d had a message for him for all of Israel. The message is to follow Hashem even if it seems redundant. Even if it seems irrelevant. Even if it seems like you have no time to do whatever it is you were asked. Hashem loves us and is always looking for ways to save us and bring us to the ultimate goodness.

There will always be a Pharaoh in our heads telling us not to do the right things. That voice will always fight within us and tell us, “Who is G-d that I should listen to him?” This is where we must be strong like Moshe and Aaron who never gave up and went back time and time again to repeat the same request over and over again, “Let my people go.” Let us not listen to all the Pharaoh’s voices we hear in our minds daily. Let us hear Moshe’s voice and take strength from that, to love Hashem and see all the good He gives us and that He has in store for us. And by doing that we all leave a bit more or our Egypt behind us, and will be free to worship Hashem. We all have our private exodus each time we overcome that Pharaoh with in us. 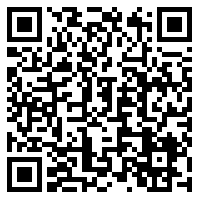