The happy holiday of Purim is barely behind us. We can still hear the groggers screeching as Haman’s name is mentioned time after time. And we still have the taste of all the delicious foods, drinks, and treats that came and went throughout the day. And then there were the fun costumes that were a delight to all. After reliving the whole story of Purim and the amazing miracles that occurred to the entire Jewish nation, we all go back to our regular lives.

But what about Queen Esther? After the Jews were saved, everyone went home – but what about her? We all know that Esther went on to live the remainder of her life with King Achashverosh. What an awful thought. Queen Esther saves the day and everyone goes home except for her?


This was the self-sacrifice of Esther, of a Jew. We are all born into this world with different jobs and different things that we must accomplish. However, not always do we know or understand what it is that we are meant to do. Esther lived a very nice, religious life with Mordechai; they had wonderful Shabbat meals and Rosh Chodesh parties. Esther probably baked challah every week and sent a small roll to each of her neighbors; went to shul, to the grocery store to buy food for Shabbat and for the holidays; sewed new dresses for Pesach and Rosh Hashanah; and lived very happily with her fellow Jews in her neighborhood. And she gave it all up to save the Jewish nation.

True, she continued to keep Shabbat even in the palace of Achashverosh. But it wasn’t the same. Mordechai was all she had – he was her family. And now she must live apart from him forever. Why? For the sake of the Jewish people, because Mordechai told her that this is the reason for her existence. We all have a purpose in life. For most of us, that does not entail saving the entire Jewish nation. But as Jews we must learn from every important figure in the Torah and think about why that story was included. Why was the story of Purim written down for all generations? What message is in it for us?

Esther not only gave the Jews life, but in doing so she sacrificed hers. Not always do we see the rewards for our actions, nor do we always understand why certain things happen to us. However, there is always a good reason for everything that happens to us. If you are up all night because your child is ill, and just sit by his bedside praying for him to get better, you don’t feel like you wasted her time. Even if the child doesn’t appreciate or know how much you are sacrificing, you will still act the same way since you love your child and believe in what you are doing in order to help him.

Esther was so concerned with her people that she saw her sacrifice as helping to bring salvation to them, and that was enough for her. What she did ask from the wise sages was to be remembered till the end of time. And by the story being recorded, her hard work of giving up her own pleasures of living like a Jew amongst the rest of her nation would not go unnoticed. That in itself is the reward. Jewish people will read her story and perhaps be able to take lessons from her experiences into their own lives.

Sacrifices don’t have to be on a large scale. Any event that is hard for one to accept is indeed a sacrifice. Even if you want to go to one place while your husband or child wants to go elsewhere, giving in is your sacrifice, and it means much to Hashem. We have the strength to withstand our tests from Queen Esther who gave up so much. We all also have a Mordechai at our side talking to us and guiding us toward the right thing to do. Our job is to merely listen and be observant to what goes on around us so that we make sure not to miss our signals.

Mordechai and Esther are true role models for the Jewish nation, and their strength and courage live on in all of us. And we can take all that empowerment that we received from the holy holiday of Purim and direct it toward increasing our own courage and willingness to sacrifice for our families in all their needs. 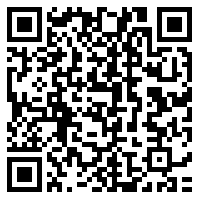