“No, you must be realistic. You can only claim to be pro-peace when what you promote really can lead to peace.” Her gentle, but assertive, voice startled me as it rose with conviction.  Lori Lowenthal Marcus, initiator of Z Street, was answering my question about what J Street believes in that she does not.

J Street is a U.S.-based advocacy group that seeks to influence American policy towards the Middle East conflicts by promoting a two-state solution and encouraging continuous diplomacy. Z Street, a grassroots organization, vehemently disagrees with J Street’s positions. It defies two central points inherent to J Street’s mantra – an immediate Palestinian state alongside Israel – facilitated by the United States and the national community.


First, Marcus demands to know why a Palestinian state should be created when Fatah and Hamas have declared in their governing documents that Israel must be destroyed. They have clearly proven themselves to be committed to the murder of Israelis; so why make concessions to terrorists?

Secondly, Marcus forthrightly questions their leftist identity. If they are so concerned with Western colonialism, how can they insist on a two-state solution imposed by outside parties, a most extreme form of colonialism?

Another disquieting matter for her is that J Street does not seem disturbed with Iran being an existential threat. She was shaken by a J Street event in October which she attended, and talk about the U.S. standing together with Israel against Iran was met with virtual silence. There was only enthusiastic clapping when announcing the end of the “Israeli occupation of ‘Palestine.'”

Although they now shifted their views to support sanctions on Iran, J Street still opposes military options. “Iran is about to point a catastrophic weapon at our homeland, but they [J Street] still say no to military action because it’s only a last choice. But won’t a last choice make things too late?”

Profoundly troubled by J Street’s ideas of peace, Marcus was left to create her own unabashed defense of Israel as a Jewish state. With a J.D. from Harvard University, a double- graduate degree from Bryn Mawr, and an undergraduate degree from Brandeis University, Marcus is equipped with the brains and the credentials. As a former president of the Zionist Organization of America for the Greater Philadelphia District, former radio host for “The ZOA Middle East Report,” and now a published writer, she has the exposure and experience. Nothing, however, rivals her fervor for clearing the cloudy air surrounding Israel and its package of troubles.

“I’ve been paying attention to Israel for the past 10 years and obsessively for the past seven or eight years. What I saw with Operation Cast Lead, the misinformation, the worldwide anger in a focused way, and then the rise of J Street, I realized it was time to start another organization that speaks to people who feel disenfranchised,.” Marcus explains. “It struck a chord So many people are coming out of the woodwork and saying thank you. Jews and non-Jews were waiting, wanting to express their support with affirmative strength.”

While only a newborn of two weeks in July 2009, the Z Street website had 20,000 hits from people not only across the states, but also around the world.

While only a newborn of two weeks in July 2009, the Z Street website had 20,000 hits from people not only across the states, but also around the world. “It struck a chord So many people are coming out of the woodwork and saying thank you! Jews and non-Jews were waiting, wanting to express their support with affirmative strength.”

Marcus emphasizes the importance of knowing the historical and legal information about Israel and sharing it with others. It is not enough to be an emotional supporter, but one armed with the details of indisputable truth.

Marcus has begun speaking to large and small groups as part of Z Street’s primary objective to disseminate facts about the Middle East (see sidebar) while rousing Jewish pride. It also aims to dispel the notion on college campuses that “progressive,” “cool,” and “anti-Israel” are synonymous.  It has been suggested to stage a debate between both “Streets,” and Marcus is very willing to do it.

“Israel was created before the Holocaust. Israel was around for thousands of years. It was not created in 1948, but just re-established and recognized by the UN,” she says with a dignity that demands respect. “I don’t vote there [in Israel], but I have valid information. I can’t sit idly by. True, I don’t have the right to tell them [the Israeli Government] what to do, but I have the obligation to say what I think is best [for them]. How could someone who supported the Olmert government, now support Netanyahu? Only with cognitive dissonance.”

This author also spoke by phone with Adrienne Price, treasurer of Z Street. A former investment banker and real estate company owner, Price became involved because “I saw a need for an organization focused solely on the idea of supporting a Jewish state. There are many large organizations, and I have nothing against them, but they are concerned with a whole range of issues, where you can’t choose to support one aspect on their agenda but not another. I was looking for an organization that doesn’t get hung up on other political issues like global warming or immigration. I found Z Street stays focused on the Middle East issues I’m concerned about.”

Price works at Z Street with an accountant, both of them volunteers. “We’re very careful about monitoring the money so it’s handled properly. We will run as lean as we can, for as long as we can. Every dollar for non-profit matters, so we use a sharp pencil.” Although a buoyant personality, she says this seriously, mindful and appreciative of support during these economically trying times.

She hopes that Z Street can help “reframe the issues of Israel, security, the peace process, and why Israel is where it is.” Many Jews will support Israel, but because it has become complicated, the support is sometimes attenuated and sometimes apologetic. “Zionism has become a pejorative term, whether it’s the UN who uses it as a bad word or young college people who should be better informed about the establishment of Israel and the Jewish dream.” She maintains that respectful, yet vocal, expression of pride and principle will restore positive meaning to the word that has become so unfortunately loaded.

Most striking to hear is the optimism and confidence that bubbles in Marcus and Price. “It’s David up against Goliath, but there is hope!” says Marcus with a determination that leaves me breathless. “Obama’s policies, which J Street intentionally or not represent, are being revealed as foolhardy. Truth is the most powerful weapon. And we have the truth. If you’re sitting at a dinner party and someone is spouting The New York Times’s bias like it’s from Sinai, you want to state the facts right on. Sharing accurate information about Israel will send powerful ripples that will spread across the waters of politics and prejudice.”

The following, according to Z Street, are crucial points in the defense of Israel that the organization seeks to disseminate:

When people begin talking about Israel taking away the land from the Palestinians, Z Street always asks: Whose land was it before 1967?  And before 1948?  And before that?  And before that?  Once Z gets them to the Ottoman Empire period, people invariably lose steam. It presents an opportunity to explain that because there has been no sovereign state in the territories since the end of the Ottoman Empire period, the legal precondition for “occupation” does not exist and so Israel’s presence in the land does not constitute “occupation.”

Even though Z Street disagrees with the concept altogether, it always makes clear that the words should be,  “giving away” territory, not  “giving back” territory.

When people talk about Israel as an “apartheid  state,” Z Street first asks for the definition of apartheid.  Once the point is refined, Z Street informs them that there are Arab members of the Israeli Knesset; there is an Arab who sits on the Israeli Supreme Court; there is an Arab in Netanyahu’s cabinet, 20 percent of Haifa University students are Arab; and Arabs are eligible to attend every single secular Israeli university. 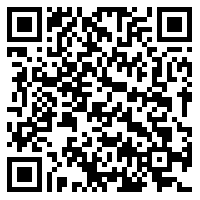