K’hal Adath Jeshurun in Washington Heights, for example, holds multiple Shachris, Minchah, and Maariv minyanim a day with a designated person positioned at the entrance tasked with making sure that the number of people in attendance does not exceed the allowed maximum. For Shabbos davening, pre-registration via e-mail is required.


Lawrence resident Pinny Faska said the small shul where he davens on Friday night, Bais Medrash of North Lawrence, hoped to open on Shabbos but only managed backyard minyanim for Shabbos afternoon Mincha and Maariv because of inclement weather.

Esther Dan, a resident of Lakewood’s Presidential Estates, said her local shul partially reopened, adding that a small number of families in her development have been davening in a newly-purchased tent.

“Everyone feels needed and included and not just another body,” said Dan. “There has actually been talk about keeping this [tent minyan] running until at least Rosh Hashanah, if possible, since everyone is really loving the setup.”

Not all shuls have rushed to open. Some have followed the advice of organizations like the Orthodox Union, which calls for shuls to wait two weeks after the government gives the green light just to be safe.

“I rely on the OU for matters of kashrus, so why wouldn’t I rely on them for other matters pertaining to proper observance of the Torah?” said Kew Gardens Hills resident Michael Cohen. “I davened at home [on Shabbos] and will do so as well for Shavuos.”

In a letter to his congregants, Rabbi Shmuel Marcus of the Young Israel of Queens called for patience, echoing a statement of Rabbi Mayer Twersky, a rosh yeshiva at Yeshiva University, which was endorsed by noted posek Rabbi Herschel Schachter.

“No life that is lost can be restored and davening with a minyan does not justify taking a risk that might potentially prove fatal,” he wrote, quoting Rabbi Twersky. “Doctors are still learning more about this virus each and every day and what may appear to be safe today may no longer be assumed to be safe tomorrow.”

A previously opened outdoor weekday Mincha/Maariv minyan at his Young Israel was disbanded temporarily, with Rabbi Marcus saying he hoped to restart those services on June 4, as per the OU’s directive.

Englewood’s Marsha Motzen quipped that her husband, Cantor Yaakov Motzen, has been davening in two “shuls.” “The main shul is our guest bedroom,” she said. “The shtiebel is a corner of the dining room. I am lucky that even though we’re not in a real shul, Yaakov still sings to keep his voice in good shape.”

Volunteer firefighter Shlomo Pomeranz of New Hempstead said that while his 23- and 19-year-old sons davened at one of Congregation Ohaiv Shalom’s multiple staggered minyanim, he davened at home.

“Minyanim in our shul are limited to exactly 10 people, and I am a first responder,” said Pomeranz. “I personally would not commit to a minyan because if I was at a fire call that came in well before the minyan, how could I be sure that I would be back in time? I did not want to be the reason a minyan didn’t happen.”

While both New York and New Jersey have relaxed their bans on gatherings that allow minyanim to take place, President Trump took things a step further on May 22nd, threatening to overrule any states that refuse to classify houses of worship as essential services, as reported by The New York Times. Trump blasted states that categorized liquor stores as essential, allowing them to remain open, while banning organized prayer.

“In America, we need more prayer, not less,” said the president.

It was a long and complicated road that ultimately led to the shutdown of virtually all shuls as COVID-19 cast its long shadow across the globe and by all counts, it looks like the reopening process will be even more drawn out and complex.

Various organizations, both national and local, have issued multi-page guidelines detailing how, where and when shuls may begin opening again for minyanim of restricted sizes. One notable difference between the mostly similar guidelines issued by Agudath Israel of America and a joint directive published by the Rabbinical Council of America and the Orthodox Union was the timeline for reopening, with the former advocating for minyanim to be restarted as soon as they are allowed by local officials pending the approval of rabbonim and medical experts, while the latter called for two more weeks of closures as an additional safety measure Some, such as the Rabbinical Council of Bergen County and the Vaad Harabonim of Baltimore, required people to pre-register for minyanim to limit the number of participants, and the Vaad Harabonim of Queens suggested appointing a minyan coordinator to manage the many particulars that could potentially pose health hazards.

Cuomo’s directive included a long list of guidelines, which in addition to requiring all congregants in houses of worship to be masked and spaced at least six feet away from anyone living outside their immediate households, also prohibited holding simultaneous religious services in the same building. Murphy, who had previously allowed only drive in, in-vehicle religious services, also gave his stamp of approval to outdoor religious gatherings of up to 25 people.

South Florida resident Debra Young said that Chabad of Boynton Beach was taking reservations for those who planned to go to shul on Shavuos. The Boca Raton Synagogue finally held its first outdoor Shachris minyan on Tuesday morning, with rain thwarting attempts to daven outside in recent days North Miami Beach pediatrician Dr. Marcy Bernstein said that while many shuls in her area remain closed, some are attending backyard minyanim even as Dade County coronavirus count continues to inch upwards. 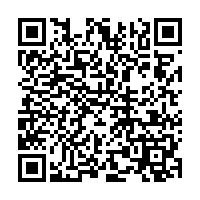