Last month, we spoke about “the Jew that was,” and how Ashkenazic medieval Jewry overcame unimaginable challenges, and primarily resisted the constant pressure of conversion. Then, fast-forwarding to the late 1800s, we spoke of a rapidly secularizing and converting Jewry, and wondered how this dizzying transformation occurred when circumstances for many Jewish communities were mostly improving.


Mendelssohn is an ambiguous personality. This oft-described “father of the Haskalah,” the celebrated or denigrated leader of Jewish Enlightenment, may not even deserve mention in this series at all – it is difficult to say whether he had any real impact on the story we are about to study.

As is the case with many things, Mendelssohn’s influence over 18th and 19th century Jewry may have been dramatically enhanced by a select group of story-tellers: historians themselves. Rav Avigdor Miller states that they have “blown up [Mendelssohn’s] place in Jewish history to exaggerated proportions for their own reasons,” and that the Jewish Nation’s reception of Mendelssohn’s works was “disinterested,” to say the least.

Who then, was Moses Mendelssohn, and what was his impact on the Jews of his era?

Born in Dessau, Germany in 1729, Mendelssohn grew up in a traditional Jewish home, the son of a Torah scribe. Mendelssohn quickly defined himself as a wonder-child of sorts, immersing in traditional Biblical and Talmudic education during his early youth, and then traveling to Berlin to continue his education in his early teens, which is where he began his secular studies.

Permanently disfigured by a childhood illness that left him with a curved spine, he nevertheless made a name for himself as “the Jewish Socrates,” gaining entry to some of the great philosophers of the age, as well as some of the most exclusive salons. He became acquainted with the intellectual Gotthold Lessing, who introduced him to members of the Prussian King Frederick’s court, where he used his platform to exert influence on behalf of the Jewish community.

Interestingly, while some have argued that Mendelssohn helped soften Christian perceptions of Judaism and Jewry, historian Dr. Howard Sachar notes in his work, The Course of Modern Jewish History, that this was not the case. “[Mendelssohn] was never lionized as a representative of the Jewish people, but rather as an exotic ‘exception Jew,’ indeed, the ‘exception Jew’ par excellence. German society much preferred to single out Mendelssohn for glorification as evidence of their own ability to appreciate the occasional freaks produced by a ‘backward’ people.”

Regardless, Mendelssohn certainly enjoyed a fair amount of secular admiration, and his works were well-received in academic circles. In his magnum opus, Phaedon, he rationally argues for the existence of G-d and the immortality of the soul. His other noteworthy works were Jerusalem, in which he demonstrates that traditional Judaism is compatible with secular Enlightenment values, and a translation of the bible into German.

Mendelssohn is certainly a difficult figure to pin down. A religious Jew all of his life, he was initially accepted by a number of rabbinic figures, and corresponded with personalities like Rav Yonasan Eybeshitz of Hamburg, although other authorities like Rav Yechezkel Landau of Prague were quick to criticize him. Later in his life he was clearly isolated from any rabbinic approval, particularly denounced by the Chasam Sofer whose ethical will instructs his children to stay far away from the writings of RaMaD – Reb Moshe of Dessau.

That is the short version of Mendelssohn’s life, a religious Jew until his death, a defender of G-d, a defender of the Jewish people – and the grandfather of mostly Christian grandchildren.

Rabbi Berel Wein writes, “the rabbis saw in Moses ben Menachem Mendelssohn not the superficially devout Jew fighting for Jewish rights, but rather Mendelsssohn’s grandchildren, who were converts to Christianity, and already suffering the pangs of self-hatred that is the lot of all apostate Jews.”

The ideological missteps in Mendelssohn’s writings are fairly subtle and demanding of careful study, but perhaps Rav Shmuel Irons put it best: “Much of what Mendelssohn wrote is in accordance with Jewish thought… but there is something inherent in Jewish thinking that is missing in Mendelssohn’s writings.” While the nuances of Mendelssohn’s ideology may be debated and defended, the conversion of his children and grandchildren, as well as his students’ vicious dismantling of traditional Judaism, is perhaps the strongest evidence that when it came to Mendelssohn, there was poison in the well, albeit a slow-moving, barely perceptible poison.

We began with an assertion that Mendelssohn perhaps bears no mentioning in this story. As Rav Avigdor Miller writes, Mendelssohn’s written works had little impact on the Jewish community. He points to the ossification of Mendelssohn’s books in collector libraries compared to his contemporary, Rav Yosef Teumim’s work, Pri Megadim, which graces the standard Jewish bookshelf.

Dr. Howard Sachar similarly questions Mendelssohn’s role in the story of Jewry’s modernization. He asks, “What is Mendelssohn’s place in history? He was not a profound philosopher or critic. His works cannot compare with the writings of his contemporaries, Kant and Lessing; indeed, Mendelssohn’s philosophical discourses are hardly read today. Neither was Mendelssohn a forerunner of reform within Judaism.” His conclusion: Mendelssohn was the awakener of secular interests among his people.

And that seems to be his most likely contribution to this story of modernization and assimilation.

If his writings did little to sway the masses, it was his life that acted as the heady perfume. His very existence presented an alternative – a highly seductive alternative – to the ghetto Jew.

Last time we discussed the oppressive realities of medieval and early modern Jewry, the constant degradation and humiliation they bore. Against this backdrop there rises a hunch-backed, anonymous Jew who gains entry to higher circles, as an apparent equal.

Consider the following account, written by a student of the famed German philosopher Imanuel Kant about the day Mendelssohn entered the university at Koenigsberg to listen to a lecture.

“Without paying much attention to those present, but nonetheless with anxious, quiet steps, a small, physically deformed Jew with a goatee entered the lecture hall and stood standing not far from the entrance. As was to be expected there began sneering and jeering that eventually turned to clicking, whistling and stamping, but to the general astonishment of everyone the stranger stood with an ice-like silence as if tied to his place. For the sake of showing clearly his interest in waiting for the Professor [Kant] he took an empty chair and sat. Someone approached him and inquired why he was there, and he replied succinctly but courteously that he wanted to stay in order to make the acquaintance of Kant.

“At the conclusion of the lecture, the Jew pushed himself forward… the students again resounded a scornful laughter, which immediately gave way to wonder as Kant, after briefly looking at the stranger pensively and exchanging with him a few words, heartily shook his hand and then embraced him…[a whisper] went through the crowd, ‘Moses Mendelssohn. It is the Jewish philosopher from Berlin.’ Deferentially the students made way as the two sages left the lecture hall hand in hand.”

One can only imagine how versions of this incident must have swirled around the Jewish community, imprinting the image of a deformed, derided Jew suddenly honored and admired by a room of gentile academics on the collective mind of the ghetto Jew. The Jew, profaned, mistreated, was suddenly welcomed, respected.

And perhaps that is the relevance of Mendelssohn – his very being – straddling the religious and secular worlds as an academic, a scholar… and a Jew; the very tantalizing idea that perhaps they could both be done, they both could be achieved.

History bears out that it could not be done, it could not be achieved, and that straddling both meant inevitably abandoning one. (We will at some point discuss the Hirschian philosophy of Torah im Derech Eretz, on how a religious Jew should approach secular knowledge and culture).

It seems, then, that Mendelssohn is perhaps best characterized not as an influential philosopher, not as a militant activist, not as a powerful writer, but as a seductive idea. 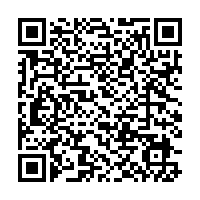