In Israel, as yeshiva students leave the protective greenhouse of their beit midrash to join the army, there is a potential danger of decline in their spiritual lives and religious observance. Replacing the hum of chavrutas and the inspiring drashot of their rosh yeshiva with the battle noises of basic training and the orders of their commanding officer, only a few years their senior, tests their mettle in more ways than one. While the residual damage is lessened in hesder units, where everyone who serves is religious and helps remind everyone else in Whose army they are soldiers first and foremost, there is some real risk of religious compromise. This is especially true of religious soldiers who join regular units and don’t have the support of their chevre. While the army does have a rabbinical unit, its job is mainly related to the more practical aspects of, G-d forbid, burial, and koshering kitchens.

Ten years ago, Tzalash was founded by its chairman, then 29-year-old Rav Peretz Einhorn. Tzalash is an acronym for Tzava Leshem Shamayim – an army for Heaven’s sake, and a play on words on the acronym for an army citation. Tzalash provides a comprehensive range of programs to support IDF soldiers in maintaining their religious commitment, and spiritual and emotional well-being, throughout the duration of their military service. It includes Torah study and siyumim, Shabbat kiddushim, Rosh Chodesh celebrations and holiday commemoration, and, not least of all, listening and caring for the needs of the soldiers. Tzalash produces special small Gemaras designed to fit into the uniform pockets of soldiers. They give countless shiurim and celebrate an average of 700 siyumim a year. With every siyum they have food and drink, and singing and dancing, and this encourages other soldiers to join, providing the soldiers with the continuity, commitment and brotherhood they benefited from in yeshiva, even if they can’t spend as much time learning.


Tzalash also has programs for 350 married soldiers’ wives, appropriately called Eshet Chayil, to help them deal with the challenges and stresses of having a husband who is often away for weeks at a time. These programs include special shiurim, halachic guidance, social programs, periodic conferences, pre-holiday gifts, and even a mini-vacation for mothers and children – all to support these heroic women.

Rav Einhorn, after 12 years in Otef Aza, returned to his home town of Ra’anana, where he lives with his wife and six kids, ken yirbu. He has a staff of 10 working on the non-profit organization, although until as recently as two years ago, he managed everything virtually on his own.

The organization is based in Ra’anana and has branches in Bnei Brak, Alon Moreh and Neve. There are also 250 field coordinators for the soldiers and 5,000 soldiers involved in the program. Soldiers are given a budget to buy whatever they need for the 600 kiddushim organized per year –Kiddusha Rabbak (another play on words).

Tzalash also provides support, advice and encouragement during the difficult transition from yeshiva or mechina to the army, especially for non-hesder soldiers who may be alone in their unit in their religious observance.

You can’t just walk into an army base – you need official permission from the army. However, a measure of Tzalash’s growth and success is evidenced by the fact that whereas at the outset they had to beg for such permission, now they are fielding more requests and invitations than they can meet!

The organization’s director, Rabbi David Gottlieb, joined the non-profit last August. He and his family made aliyah from Baltimore to Ramat Beit Shemesh 12 years ago, where he has continued in his capacity as community rabbi as well as being a teacher in Yeshivat Har Etzion. When his oldest son joined the army, Gottlieb thought that as part of a hesder unit he wouldn’t have any religious problems. But he discovered there are challenges. His son kept singing the praises of Tzalash and how their representatives were helping him. Rabbi Gottlieb was impressed, and as hakarot hatov, started volunteering for them. It wasn’t long before he was offered his current position, where he enjoys injecting religious vitality into the lives of soldiers. He also helps with fundraising, which this year doubled its last goal.

Lone soldiers are another group who benefit from the activities of Tzalash, and Rabbi Gottlieb is looking to create a separate division specifically to meet the unique needs of lone soldiers. “It’s our next big initiative,” he says.

There’s something infectious about all this team spirit: A single mother, for example, who had made aliyah from Montreal, happened to be at the Kotel when a Tzalash event was taking place. She was so moved by it that, then and there, decided to volunteer for them.

David Chaim Ya’ish has been projects coordinator for Tzalash for the past year-and-a-half. Happy experiences as a soldier benefiting from the activities of Tzalash propelled him to his new position after two years of post-army yeshiva study. “When we were in the army,” he relates, “Tzalash would coordinate a siyum masechet with every army milestone – basic training, the induction ceremony where soldiers graduate into the regular army, and at the end of a military campaign – it really forged a connection for us between the Torah and the army.”

This connection is edifying for the soldiers. “One Friday night, we went to a base and of course, there was a lot of spirit. We studied the Sfat Emet. One of the soldiers came up to me and said that he didn’t want to become religious but he did want to be part of Tzalash because of the joy and love for the nation he felt we imbued,” says Ya’ish. The commander of the unit, which the next week would be doing maneuvers that mimic real war conditions, wrote to him after that Shabbat. “He told me that he had been going through a difficult time but that Shabbat together, and the hug I gave him, strengthened him for everything he had to do the following week.”

There’s an ongoing debate among different religious circles as to what keeps Israel safe from its enemies – its army or its yeshiva students who learn Torah. The following story experienced by Ya’ish seems to reconcile the two seamlessly.

During the recent Operation Guardian of the Walls, when mixed Israeli cities were under attack, Tzalash’s presence was prominent. Ya’ish was in a small town near Sderot, where a group of Givati soldiers were guarding. They’d finished learning a tractate of Gemara and did a siyum. The soldiers had been diverted from their basic training, and hadn’t yet had their induction ceremony. They requested that they take on another tractate to finish first before the ceremony. The group consisted of three religious soldiers and 30 non-religious soldiers.

“During the festivities, while the soldiers were dancing and eating and drinking,” said Ya’ish, “a secular soldier, Roi Hayoun, came over to me and said, ‘I want to learn Gemara.’ So of course I signed him up to learn. A couple of months ago, there was a Melave Malka and Hayoun came to take part and be strengthened in his learning.

“Then one day, I get a call that Roi was wounded in a terrorist attack where the terrorist ran over him with a car. Baruch Hashem, he wasn’t badly wounded. And this is why: Since he had expressed interest in learning, he had been learning every chance he got. In the back of his vest, he had a pocket and in that pocket he kept a Chumash. That Chumash was torn to bits in the attack. The doctor said that’s what had protected his spine from damage and allowed him to walk away from the attack unscathed.”

When hesder units come to the recruitment center to begin their army service, they’re joyfully singing and dancing, hugging and praying, and hoping to transfer their enthusiasm from their yeshiva service of G-d to their army service of G-d. Tzalash helps make sure that these soldiers (and many others) don’t lose momentum on the way, and that they remain model soldiers in Hashem’s army as well as in the IDF.

You can learn more about Tzalash at tzalash.org.il/en and www.facebook.com/Religioussoldier. 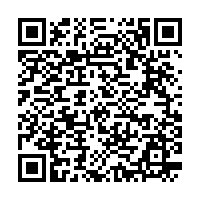