Forty-three engagements and counting. In the three years since its founding, YUConnects has tried helping alleviate what is known to many as, “the shidduch crisis.”

A project of Yeshiva University’s Center for the Jewish Future, YUConnects aims to help students and alumni of YU’s men’s and women’s campuses meet. To that end, it operates a website utilizing SawYouAtSinai.com’s interface and database, via which YU Connectors and SawYouAtSinai Matchmakers set up men and women based on detailed profiles of their personalities, religious observance, educational background, among other criteria.


Recently, however, YUConnects decided to expand its reach. In an attempt to inspire communities to pay greater attention to the singles in their midst, YUConnects organized “Creating Connections: A Nationwide Event.”  From May 7-9, eleven different North American communities hosted shabbatonim, attracting over 1,000 singles. Concurrently, an additional 80 communities devoted a portion of that Shabbos to discussions or shiurim on dating, marriage, and the community’s responsibilty to its single population.

Singles at a recent YUConnects event

“The whole idea of this weekend,” said Rabbi Kenneth Brander, dean of YU’s Center for the Jewish Future, “was to really inspire communities to recognize that they can play a leadership role in this.”

Families should invite singles to their Shabbos tables and involve them more in shul activities, suggested Dr. Efrat Sobolofsky, director of YUConnects and a coordinator for the Jewish Association for Developmental Disabilities. One community, she said, recently contacted her and said its local Tomchei Shabbos would henceforth invite local singles to help pack meals for needy people. “It doesn’t all have to be so direct that you’re going to a singles event,” Sobolofsky said.

Additional communities, Sobolofsky said, have contacted her, asking advice for arrnaging shabbatonim in the future. “There’s a tremendous interest in how can we do more,” she said.

According to Sobolofsky, at least 55 dates and one engagement resulted from YUConnects’ first Creating Connections weekend.

Some people object to young men and women meeting informally at shabbatonim or other informal occasions, but Rabbi Brander praised them “provided they are in the spirit of kodesh.”

In general, he said, he finds “too much rigidity in the way young men and young women date. Dating should not be just a forensic checklist.”

Rabbi Brander said he recently heard of someone who researched his prospective date to such an extent that he discovered a lost relative who the family thought had died in the Holocaust. “You don’t need to do such deep drisha and chakirah. If you trust the person who’s setting you up and the person knows who you are, go out once. Worst case scenario, it won’t work out.” 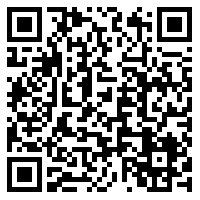