After more than a decade of devoted research, Hayim Tawil, professor of Hebrew Studies at Yeshiva University (YU), has completed what he describes as his magnum opus. Tawil’s achievement has scholars from across the world lauding his An Akkadian Lexical Companion for Biblical Hebrew as a defining accomplishment in the field of biblical study.

Exploiting the etymological and semantic similarities between biblical Hebrew and Akkadian, the Companion allows for more precise translations of biblical texts. Akkadian, a parallel Semitic language that was prevalent in the ancient Near East, is contemporary to biblical Hebrew, and its discovery has enabled the proper translation of words and terms that eluded biblical scholars for centuries. Unlike biblical Hebrew, which preserved only a limited vocabulary of 8,000 words, Akkadian, which was written on clay tablets, boasts a known vocabulary of close to 50,000 words. As such, the Companion allows for a much clearer understanding of nuanced idioms and terminologies found in biblical texts.


Tawil, who received his Ph.D. from Columbia University in the fields of Assyriology and Northwest Semitic languages, insisted that he is not an Assyriologist per se, but rather focused his studies on ancient Semitic languages in order to forward his study of the Bible. Tawil, whose Companion was acclaimed by Professor Richard White, a lecturer of Semitic languages at YU, as “the greatest contribution to biblical study published in the past 100 years,” maintains that had another accomplished this scholarly feat previously, there would have been little reason for him to have studied Akkadian at all. Indeed, the Companion was conceived as an aid to biblical scholars and students who did not pose an intimate knowledge of ancient Near Eastern languages.

Scholars from around the world are celebrating Tawil’s achievement. Jeffrey Tigay, the Ellis Professor of Hebrew and Semitic Languages and Literatures at the University of Pennsylvania, said, “It’s a great achievement and a gift to the field.” Shalom Paul, professor emeritus of Bible at the Hebrew University, wrote, “This is a major accomplishment, and one you [Tawil] can be expressly proud of. It is literally a milestone in research, and will be a tremendous benefit to all of us working in these cognate fields of study.” Tawil’s work, which had received considerable praise years prior to its completion, was praised by the late Brandeis University professor Dr. Nahum Sarna, this way: “[Tawil’s] work will be of major importance to the study of bible,” and has not only lived up to, but has exceeded expectations.

Though it is certainly the most significant of his academic achievements, the Companion is one of several projects that Tawil is currently engaged in. With the completion of the Companion, Tawil has turned his attention to promulgating the importance of Aleppo Codex, a text critical to the understanding of the transmission of the Masoretic Text of the bible. His research, aimed at sparking popular interest in one of the oldest known biblical manuscripts, is due to be published this year. It is titled, Crown of Aleppo: The Mystery of the Oldest Hebrew Bible Codex. Tawil is also deeply involved in a new translation of King Solomon’s Song of Songs, due to be published within the next few years.

In addition to his biblical scholarship, Tawil dedicated a considerable number of years to studying and advocating for the Jewish communities of Yemen. His five-year hiatus from academia while serving as chairman of the International Coalition for the Revival of the Jews of Yemen (ICROJOY) nearly derailed his scholarly career. In what Tawil described as being the product of Divine inspiration, he was able to return to his studies and continue producing scholarship at the highest level.

Tawil’s An Akkadian Lexical Companion for Biblical Hebrew is a critical text for anyone interested in biblical study. It has already garnered a considerable following among both scholars and laymen. This unprecedented and unique scholarly work is published by KTAV Publishing House, Inc. 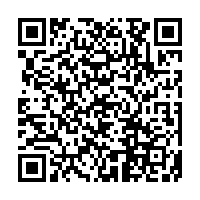