One of the most delightful aspects of Kosherfest is the opportunity to meet and converse with people from across the kosher food spectrum. Over two days I had the opportunity to speak with small business owners, representatives of various kashrus agencies, supermarket/grocery buyers and kosher food consumers.

One of the nicest conversations was with Robert Van Naarden, the new CEO of Empire Kosher. Gracious and friendly, Mr. Van Naarden spent about 15 minutes discussing Empire and its place in the kosher world with Shimon Lewin and myself.

First some history. Founded in 1938 by Joseph Katz, Empire Kosher Poultry made its first deliveries in Mr. Katz’s station wagon. By the 1950’s, the business had moved to Allentown, PA to be closer to chicken and egg farmers. In the 1990’s, the Katz family sold the business and for a while the business floundered. A new management team took over in 2003 and has energized the company with new and innovative ideas.

Earlier this year, Empire added a new kashrus symbol to its packages. For many years now, Empire has proudly carried the OU certification on all of its products. And while their relationship with the Orthodox Union continues to be a strong one, Mr. Van Naarden explained Empire’s desire to address a more right-wing market. For that reason, they entered into an additional kashrus agreement with KAJ, K’hal Adath Jeshurun (Breuer’s). The response was both positive and immediate.

As the kosher market continues to grow and expand, Empire is working to grow with it. At Kosherfest, Empire introduced 14 new products. They include fully prepared chicken breasts in four different varieties, fresh ground chicken in one-pound containers, quarter-pound size frozen chicken and turkey burgers and gourmet chicken sausages in three wonderful flavors.

The goal, Mr. Van Naarden explained, is to combine high-quality, nutritious foods with the easy-to-use requirements of modern day life.

For the future, Empire is working on expanding its frozen line and increasing its imports to South America and Canada. As always, Empire products can be found in kosher groceries and major supermarkets across the United States. 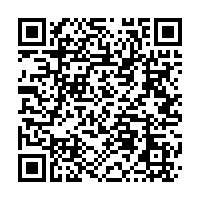