It’s been snowing nonstop for what seems like years in New York and I’ve been watching it vicariously through my family up north. I can’t say I miss the shoveling or the lovely shade of brown the snow turns the day after a storm, but I do miss the quiet of falling snow, watching the snow in the middle of the night as it falls past the streetlights and dare I say it, snow days.

Having everyone home on a snow day can be a lot of fun – the first few times it happens. Once snow day number six hits, perhaps not so much and the real creativity has to come out.

Last year, when we still lived in New Jersey, there were more snow days than I care to remember, but one thing I do recall is being ready for Purim very early because baking hamentaschen is an awesome snow day activity – it takes hours, the dough is super-easy to make and relatively young kids can be taught to fold the dough by older kids who pick up the skill a little faster – all while you drink a coffee.

I wish I could say this recipe is a family heirloom, passed down from my grandmother to my mother and then to me, but it’s not. My friend’s mom found the dough recipe on the back of a bag of flour and used it to shape hamentaschen instead of sugar cookies. And it’s so fantastic that this will be the one I pass on to my daughters. It’s so good I even hesitated sharing the recipe here, but only for a minute. Of course I’ll share – we’re all friends.

Just a note, this recipe makes a pretty big batch of hamentaschen – I use a 3″ round cookie cutter and the yield is usually about four-dozen cookies. The recipe can also be halved if you don’t need quite so many, but who doesn’t need so many? And besides, they freeze beautifully (and taste great straight from the freezer) so why not make the full batch?

Here’s what you’ll need for the Yummy Hamentaschen:

Start by washing your hands because you’re going to actually use them.

Place the first four ingredients into the bowl of a mixer. Cut the margarine into small pieces and add to the mixing bowl, using your hands to make into a crumb mixture.

Form the dough into a ball, wrap it in plastic wrap and chill in the fridge for an hour – or until you come back to the kitchen and remember that you’re in the middle of making hamentaschen.

Okay, an hour has passed – and you know this because you have a seven-year-old who has his own watch – and now it’s time to shape the hamentaschen.

You now have two options: You can lightly flour your countertop and roll the dough out directly on the counter or you can use a Silpat, which is a non-stick silicone mat that can be placed directly into the oven and can withstand heat up to 500° degrees. It’s actually pretty cool and if you like to bake, these mats are a great investment. I’ve baked these hamentaschen both ways and both were fine; the dough is not sticky, so you should not have too much trouble rolling out the dough on a (cleaned and floured) counter or table. 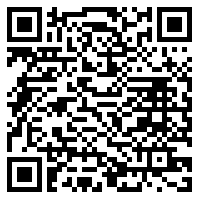