There are days when you walk into a highly popular restaurant and walk out disappointed because it just doesn’t live up to the hype. And then there are the days that you visit a less well-known eatery and leave saying, “Wow, how did I not know about this incredible place?”

That “wow” feeling was the one that permeated our experience at Six Thirteen, a fabulous restaurant/sports bar in Stamford, Conn., that is well worth visiting.

Let me preface this by saying that depending on where you live, Connecticut is not as far away as it sounds. If traffic cooperates, it is 40 minutes from Monsey, 50 minutes from Queens or Midtown and even closer from the Bronx and Westchester. While you may have restaurants available in closer proximity, Six Thirteen is worth the trip and is a delightful escape from the hustle and bustle of everyday life, with the added bonus of convenient on site free parking.

Having said all that, neither relative distance nor the attractive decor and welcoming ambiance are the main reasons to go to Six Thirteen. It is the food, lovingly and painstakingly prepared by a trained chef, that makes Six Thirteen a terrific destination no matter where you are coming from. Located at the former site of Kosh, with seating for 70 (or 100 in warm weather when the patio is open), with room for another 15 or 20 at the bar, Six Thirteen is the brainchild of a talented and passionate chef and caterer, in partnership with an accomplished local businessman, who set out to create a great restaurant that just happens to be kosher.

Managers Kristina Rogers, who runs the kitchen, and Matt Rotunda, who runs the restaurant’s front end, are both graduates of the Culinary Institute of America, and their solid training gives Six Thirteen a more polished and professional feel than other similar restaurants. My husband and I shared four appetizers, three mains and three desserts; each one was flawlessly executed. Similarly, the stylishly decorated room displays the same good taste and attention to detail.

Our meal began with a cocktail called Bees Knees, a refreshing blend of bourbon, honey syrup, lemon juice, orange and rosemary, garnished with a sugared orange wedge. A judicious balance of alcohol and sweetness, it made a nice opener, immediately followed by two offerings from Six Thirteen’s sushi menu. The tuna roll, featuring spicy tuna, avocado and scallions and topped with seared tuna and avocado was delicious, the blow torched tuna on the top of a roll picking up just a hint of smoky flavor. The yellowtail picante, with yellowtail, scallion, cucumber, jalapeno cream sauce and topped with fresh jalapeno and orange caviar that looked like small orange sugar crystals, was both pretty and delicately tasty.

Two more appetizers made their way to our table, after the sushi. The Israeli plate featured amazingly smoky grilled pita wedges and an atypical but fabulous Israeli salad with couscous and pickled red onions as well as cucumber and tomato with solid overtones of both fresh lemon and olive oil. The whipped chumus was light and fluffy, and completely unlike anything you would ever find in your local supermarket. Six Thirteen’s short rib beef spring rolls, which typically sell out, were stuffed with potato cabbage slaw, slow cooked brisket and a homemade sweet chili sauce that was seasoned lightly and beautifully, accenting the flavors of the spring roll without being overpowering. While spring rolls are often long and thin, these were substantial, giving us the opportunity to really enjoy their unique flavor in every bite. 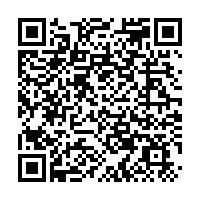