If you have ever watched the “Wizard of Oz” (and if you haven’t, I suggest you stop reading right now and go lose yourself in the joys of Dorothy’s quest to find the Emerald City), you will recall that the message that drives the whole saga is the notion that sometimes what you are looking for can be found in your very own backyard.

For those of us who live in Monsey and often travel to Teaneck, the city or Brooklyn in search of a good meal, it might be worth taking a moment or two to check out The Purple Pear, which has been serving consistently good dairy cuisine since its opening. For those of you who don’t live in Monsey, whether it is on your way to and from the mountains, just a foray north for a yummy meal or a decadent treat, you definitely want to check out the Pear’s very extensive menu.

The Purple Pear is a nicely furnished casual place that walks that fine line of being informal enough to go with the kids but nice enough for a more significant meal. During the day, starting with breakfast, you pick up your own food, with nifty buzzers lighting up when your food is ready. But once you get to the dinner hour service shifts over to the friendly wait staff. With a private party room in the back that seats 69, it is also an ideal location for a more upscale event like a Sheva Berachos or a Bas Mitzvah.

Deciding on your order is no small task at The Purple Pear. The menu is a whopping eight pages long and as if that wasn’t long enough, there is an additional three-page sushi menu. Whether you are in the mood for soup or salad, paninis or wraps, pizza, pasta or fish, The Purple Pear has it all. It also has an extensive menu of hot and cold drinks, many of which are decadently topped with generous servings of real whipped cream.

We started our meal with a pair of appetizers: The cauliflower poppers, deep-fried and crunchy, were amazingly good and while I would think that serving anything fried-in-a-cone-shaped- holder is a bad idea, because the items on the bottom might not retain their vital crispiness, it isn’t really a concern because those poppers aren’t going to last long enough to get soggy. The spicy honey mustard sauce lived up to its name, offering a recognizable but not overpowering amount of heat that was a great foil to the cauliflower. The nacho platter, which is meant for sharing, was enormous, laden with crunchy tortilla chips in an assortment of colors, guacamole, and salsa – and smothered in cheese. There were enough nachos to feed a small army – or at least a bunch of teenage boys. Did we do our best to eat our way through the platter? Embarrassingly enough, yes. But we still couldn’t finish the whole thing.

You can’t really say you have eaten at The Purple Pear without trying one of its many frothy, blended drinks. The pink panther had a nice raspberry flavor without being overly sweet, while the nutty buddy was pleasantly peanut buttery. Neither was overly thick, which meant that we were able to delude ourselves into thinking we weren’t having dessert along with our meal. We also asked our very friendly waiter, Chaim, to prepare testers of the avocado shake, one of those menu items that is apparently rarely ordered. While I can understand why people might be apprehensive about a shake that is both made from an avocado and green, it was light, sweet and surprisingly delicious. It was well worth trying. 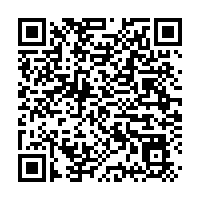