Over the past few months, I have had the opportunity to enjoy some really lovely meals. Some were quite good, while others were truly excellent. Every now and then, I have had the privilege of dining at a restaurant that is nothing short of outstanding, which is the most accurate adjective I can think of to describe our recent dinner at Chagall Bistro.

Have you ever walked down the street and passed a restaurant that appeared so inviting that you would have loved to go in if only it were kosher? Nestled in the heart of Park Slope, just a stone’s throw from Boro Park, Flatbush and Crown Heights, Chagall has that certain charm that draws you in and with its off the beaten path location, a trip to Chagall offers that feeling of having gone someplace special, even if you live nearby. The room, furnished entirely in imported French decor, is warm and intimate and Chagall’s friendly but soft spoken wait staff strikes the right balance between making you feel at home and treating you like a valued guest.

Owner Daniel Halimi, who moved with his wife Sonia from France to Park Slope several years ago, set out to create an authentic French bistro. While it took time to find a French chef who was willing to work within the dictates of kosher cooking, the Halimis hired Chef Jean-Claude Teulade, a veteran of Le Cote Basque, who took on the daunting challenge of creating French cuisine without butter or cream. Chagall’s menu changes seasonally and our visit in mid-March actually took place one week before the new spring menu was launched.

Instead of ordering off the menu, we let Daniel make the food choices for us and we should have realized that we were going to be eating a lot of food when the waiters brought over a second table to hold all the plates that would be arriving shortly. We started off with some wonderful rolls, imported from France that had a wonderful crust and were incredibly delicious, and paired beautifully with the thick cilantro chumus and the balsamic olive oil. We probably could have made a meal just from those alone, but they were just a harbinger of what was to come next.

The seared yellow fin tuna on a bed of greens was beautifully presented and lightly lemony. The ceviche with salmon and field greens was topped with caviar and served with a non-dairy sour cream atop a bowl of field greens was beautifully balanced with the various flavors all working together in harmony in an elegantly French version of cream cheese and lox. The duck consomme with vegetable ravioli was beautifully seasoned, with strips of flavorful duck harmonizing melodiously with savory mushrooms. A salad of field greens with shaved french truffles was light, yet earthy, accented to perfection by the lemon truffle dressing which was nothing short of unbelievable. I will admit that I was a little leery of tasting the brioche of duck pate, which was at first glance looked like an artfully arranged slice of chopped liver and p’tcha nestled in a slice of bread. But looks can be very deceiving. The brioche was a thick slab of wonderful cakey bread and the artfully seasoned pate was incredible, beautifully capturing the flavor of duck in a creamy texture that was blended perfectly with the brioche. The gelee, while a little intimidating at first, turned out to be unbelievably delicious, a lighter texture that paired well with the full flavors of both the brioche and the duck.

Having shared all of those appetizers, the common thread that they all shared (aside, of course, from the fact that every single one of them was delicious, original and so well conceived) was that each and every one had a sauce or a dressing that was so incredibly amazing that you would have wanted a basket full of those incredible French rolls so that you could soak up every single drop of sauce and dressing, because quite frankly, it was just too good to waste. 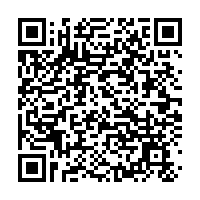