Mikhail Gleizer was born at the end of the Second World War in the Soviet Ukraine under the reign of the dictator Joseph Stalin. He grew up in the totalitarian state of Khrushchev and first attended art school in Leningrad while Premier Leonid Brezhnev ruled the one-party state of the Soviet Union. The prospects for free and uncensored creativity were sparse during those years, and yet Gleizer slowly built a career. He exhibited his paintings, watercolors and graphics in many of the official exhibitions that the Party bureaucracy allowed, in addition to scattered independent and international venues. It was not easy to be an artist in those years,
especially since a growing body of his work concerned Jewish themes. Yet he continued to make paintings throughout the 1980’s and achieved a certain success in book illustration, including Sholom Aleichem’s Tevye the Milkman.

Additionally, he created many prestigious theater and costume designs. Not surprisingly, the nuclear disaster at nearby Chernobyl in 1986 cast a pall over his artistic success. Finally, in 1991 Gleizer left his homeland and immigrated to the United States. Now in his new home in Brooklyn, he is showing a collection of 22 paintings from the 1980’s at the Chassidic Art
Institute. Remarkable works on their own, the context in which they were created infuses them with a passionate urgency that we cannot ignore.

Three interrelated subjects, all detailing Jewish life set in small Ukrainian villages, dominate the exhibition. A collection of ten lyrical depictions of Jewish tradesmen from fishmonger and grocer to the local butcher establishes an honest and simple tone to the paintings. A set of four paintings from 1985 presents a village intersection lined with a jumble of houses from an aerial
perspective. Finally, eight paintings done in the early 1980’s focus on the people of the village as they observe Yom Tov, Shabbos and a genuine Jewish life.

Each tradesman dominates the center of his painting, surrounded by his place of business and
occasionally confronted by a customer from the village. The straightforward, folksy and rather programmatic depictions belie the complex paint handling. In The Glazier (1987), the stock, peasant figure is deceptively centered while the shifting planes on the ground around him expressively push and pull the figure as he carries newly glazed window frames. They form a kind of picture within a picture, gently reflecting the workman as he trudges through the village. There is more here than meets the eye.

Gleizer’s pictorial narrative becomes more complex in the paintings of the village streets. The intersection, seen from a slightly elevated perspective, tilts dangerously up towards us. At times, the houses veer off to each side threatening to slide off the face of the earth. In one painting, we see a horse and buggy careening up a street as a bicycle plummets down another in a dizzying dance. This unnerving perspective is rooted however in the simcha that follows.

In The Orchestra (1985), a three-man klezmer band approaches from the bottom of the canvas, announcing a wedding that appears in the next painting. The heavily impasto-paint builds a passionate joy that seems to infect the streets, houses and finally, the very heavens themselves. The subtle shades of white, cream and pinks of the streets and sky impart an otherworldly glow to the joyous village celebration.

Zev Markowitz, curator of the exhibition, explains that these images accurately depict Jewish life as it was in some small Ukrainian villages in the 1980’s. While what we see here seems normal for Russia of 100 years ago, can it really be true, a mere 20 years ago? Evidently so,
and that is why these simple paintings take on the force of a revelation. Gleizer clearly understood how important it was to capture the Jewish life that refused to be obliterated under the relentless heel of Communism. Making these paintings as the Soviet Union was collapsing under the weight of its own oppression, was an act of resistance celebrating the Jewish communities that tenaciously remained.

The final set of paintings provides a glimpse into the substance of their lives that afforded so much resistance. Succos seems to come alive as men prance through the streets with lulav and esrog on the way to shul on Chol Hamoed. The joyous procession of a Sefer Torah through the streets confirms the spiritual heart of the community. While such public displays of Jewish
piety might provoke comment and perhaps even censure in many of the streets of America, one can only wonder what risks these Jews braved in Communist Russia.

One of the more tender paintings depicts a young family on a Shabbos or Yom Tov outing. Dressed in their finest, but simple clothes, they stroll alongside a river with the village peacefully seen behind them. The wife is a picture of modest beauty while the husband, who
seems to be startled at being viewed by the artist, shelters his young daughter against the black of his bechesheh.

A gentle spring shower of white blossoms magically dapples the bucolic scene. This is a picture of the simple Torah life lived in harmony and peace we could all aspire to.

Piety is a notoriously difficult emotion to convey without lapsing into sentimentality and emotionalism. The very vulnerability that it exposes to the world demands that its expression be modest. Torah 2 (1980) captures the simple act of honor towards a Sefer Torah being carried through the streets, possibly to a house of mourning. On the right, a man bends over, bowing to kiss the mantle of the crimson Torah. Behind him, ghost-like figures pass to and fro while the shul guards the scene from the far side of the street. Piety blossoms into a humble expression of honor as the painting seems to suggest to us that there is no place that the sacred cannot be acknowledged. Our job is to simply recognize it.

Zev Markowitz, the director of the Chassidic Art Institute, tells me these paintings depict scenes from little villages, shtetlach in the Vinnitza and Jetomir region of the Ukraine that Gleizer would visit to paint and draw. Considering the oppressive world that these villages
existed in, they seem a universe removed from the freedom that we take so much for granted here. And yet I recognize the people, their lives, passions and their faith. They are my people. For Gleizer to make that leap from oppression to freedom, across what amounts to a veritable chasm, is a testament to a unique amalgam of personal courage and creative faith in the Jewish People. These humble paintings are illuminated by his courage.


Richard McBee is a painter of Torah subject matter and writer on Jewish Art. Please feel free to contact him with comments at www.richardmcbee.com.
Advertisement 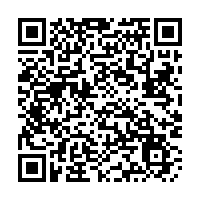