Between 1997 and 2008, the number of children diagnosed with autism spectrum disorders (ASD) increased almost fourfold, according to the National Health Interview survey. The 2007 National Survey of Children’s Health indicated that 1.1 percent of all children born in this country are on the autism spectrum.

The number of children diagnosed with ASD who will grow to adulthood over the next 10 to 15 years numbers in the millions. This raises an obvious question. Once they age out of the services mandated by the Individuals with Disabilities Education Act, can these individuals be absorbed into mainstream society and the labor market, and if so, how?


There are some individuals, such as Temple Grandin, who were diagnosed with autism as children and then found ways to make valuable contributions in their specific fields (in Grandin’s case, animal management for the livestock industry). Dr. Stephen Shore is another example. He is a 51-year-old adult with autism who is an assistant professor of Special Education at Adelphi University.

They serve as inspirational role models and sources of hope for the parents of today’s children with autism. But they are also the rare exceptions rather than the rule. They were products of an unusual combination of strong parental support, expert training and education, as well as extraordinary personal perseverance. Their experiences cannot be duplicated on a scale to match the needs of the tidal wave of children with autism who will be coming of age in a few years, and certainly not with the techniques, infrastructure and resources available today.

According to Dr. Shore, the key to successfully mainstreaming individuals with autism is to accept them for who they are. Rather than trying to eliminate or ignore their autistic characteristics, we should help them to make the necessary adaptations to enable them to function successfully, in much the same way that a nearsighted individual does when he puts on a pair of glasses. Employers in particular need to understand that these individuals can function productively in their workplace, “by shifting the emphasis from focusing on their deficits to using their strengths.”

Today, about 90% of adults on the autism spectrum in this country are unemployed or underemployed, and they are just the tip of the iceberg. In coming years, the numbers of people with autism aging out of grade school will double, and then double again. We will need to find constructive ways to help them utilize the skills and abilities that they do have, instead of focusing on their autistic behavioral patterns or lack of social skills which can be easily accommodated in the workplace, but only if there is truly a desire by management to do so.

Obviously, we are not talking about those individuals who are so profoundly affected by autism that they cannot communicate or function with others effectively. But it is both possible and necessary for us as a society to provide opportunities for the gainful employment and social acceptance of higher functioning individuals on the autism spectrum. This will significantly enhance their happiness and self-esteem, and benefit society as a whole, by turning them into productive citizens instead of lifelong burdens.

Many of these individuals can do much more than bag groceries, re-stock shelves or do other menial jobs, which is often the only type of work available to them today. Employers need to understand that many of these individuals have valuable skills, some directly related to their autism, making them particularly well-suited for certain types of productive work.

For example, an article published by the New York Times in January, 2010, described the unique contribution made for more than 50 years by George Kramer, then 71, to a small hardware store in Flatbush which still bore the Kramer name.

George had severe behavioral problem as a child, but his parents rejected the advice of doctors at the time who called him “mentally retarded” and recommended that he be placed in an institution such as the notorious Willowbrook State School in Staten Island. Instead, George’s parents kept him at home and put him to work doing chores in his father’s hardware store.

Over the years, George proved to be not only capable, but indispensable to the store’s operation. He was always scrupulously honest and reliable in performing his daily duties, which expanded to include handling incoming phone calls to the store, preparing it for the start of business each morning and closing it securely every night.

George also became a walking directory of the store’s inventory, memorizing the catalog number and location of every one of the pieces of hardware on its shelves. Need a part? Just ask George, and he would tell you exactly where it was. As long as George was there, the store didn’t need a computerized inventory tracking system.

Thirty years ago, when George’s father agreed to sell the hardware store, he attached a special condition to the sale. George would have to be kept on as an employee. But the new owner didn’t need any convincing. During the brief time he had spent in the store, he had already seen just how indispensable George was to its smooth operation. The new owner assured George’s father that as long as he owned the store, George would have a job there, and was true to his word.

George still has problems with social interactions. He seldom makes eye contact and rarely expresses emotion, but sometimes unexpectedly blurts out what is on his mind. Some of his symptoms we now associate with autism.

In recent years, George has been living in a group home for adults with developmental disabilities located near the Young Israel of Avenue J. He davens there every Shabbos morning, and stands up after the drasha to say out loud and with obvious feeling, “Good Shabbos, rabbi!”  George is also scrupulous about reciting kaddish in memory of his parents on their Yahrzeits each year.

George is a vivid example of how even individuals with more serious autistic symptoms can still lead useful, satisfying lives, and how certain characteristics of autism can make them more suitable for particular types of jobs. Some autistic individuals are heavily visually-oriented, which makes them suitable for training in the graphic arts. Others are fascinated by video games or computers, making them good candidates for high end jobs in computer and information technology.

According to Dr. Shore, the preparation of a child with autism for success in later life needs to begin at home. Their parents must recognize and accept the special nature of their child and adjust their attitudes and expectations accordingly, rather than becoming what Shore calls “aphids” – autistic parents heavily in denial.

Shore believes that, “it is important for parents to explain the situation to their child in the appropriate manner and at the right time, usually when the child realizes he is having problems and starts asking questions.”

He recommends a 4-step approach to that process. First talk about the child’s strengths, and then about the child’s challenges (without using the words “weakness” or “disability”). Next the parent should encourage their child to make “non-judgmental comparisons with family members and friends, demonstrating how everyone has their own different strengths and challenges.” The final stage is to reveal the diagnosis to the child, “after having created the proper framework in which the child can understand it, without damaging his self-esteem and confidence.”

Dr. Shore suggests that as high-functioning children with autism grow up, they be directed into potential fields of employment where some of the characteristics of autism can work to their advantage. For example, autistic individuals prefer predictable interactions. They are particularly good at repeating instructions and actions exactly. Like George Kramer, they often commit to memory all of the detailed information they need.

Dr. Shore notes that it is often easy for employers to eliminate triggers for autistic behavioral problems from their workplace environment with minor adjustments. For example, individuals who are hypersensitive to sounds could be moved to a quieter part of the office, or simply be given noise-dampening headphones. Others who are sensitive to the overhead florescent lighting in an office might be given a baseball cap with a visor to make them more comfortable.

When Dr. Shore was diagnosed with autism as a child, his parents, too, resisted the recommendation that he be institutionalized. Instead, they provided him with what we would call today an intensive, home-based early intervention program, which emphasized music, movement, sensory integration, narration and integration, albeit on a trial and error basis. For example, when the time came to prepare him for his Bar Mitzvah, Stephen learned the layning by memorizing it as a song. The training he received from his parents was similar to the cognitive-developmental systems approach for children on the autism spectrum which is known today as the “Miller Method.”

But what about much younger children whose families are still struggling with their autism. I asked my daughter, Nechama Spero, whose 8-year-old son, Shalom, is on the spectrum, what expectations she has for him when he grows up.

Nechama responded that Shalom still has a long way to go to overcome his social problems. He is communicative, but has difficulty engaging with other typically developing children. He does better with adults than with his peers. She also expressed some frustration with the privacy rules governing Special Education students, which inhibit Shalom’s opportunities to interact with his classmates outside of school. She never got a class list, and was only able to obtain the phone number of one of his classmates by getting it off of a pair of the child’s socks which Shalom took home from school by mistake one day. Only then did she learn that the other child lived around the corner.

Shalom understands that he goes to a different type of school than his two sisters, and that he is expected to follow a different set of rules than they do when they are at home. But his mother believes that Shalom is not yet ready to accept and understand the explanation for those differences.

Nechama has high hopes for Shalom’s future. He shows high intelligence, including excellent problem-solving skills, and proficiency in math, reading, music and computers. Even though he may never function well in a traditional classroom environment, she believes he will have many options as he grows older.

Today, adults with autism like Temple Grandin and Stephen Shore, who have found the fulfillment that comes with independence and a successful career or family of their own, are still much too rare. In 10 or 15 years, there will be millions more maturing young adults with autism facing a crossroads in their lives. The challenge for society is to provide more programs like the nonPareil Institute which enable them to develop their intelligence and innate skills and take them as far as they can go. 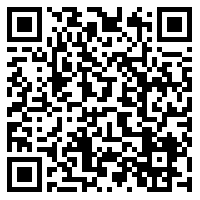