We have all been raised in a culture which we are taught to believe in the “miracles of modern medicine.” We trust that when a doctor gives us a prescription for a new medicine, or tells us that we need an operation, his advice represents the best that medical science has to offer. But sometimes, when it becomes clear that medical science is up against a health problem that it does not understand, and cannot effectively treat, even the most rational patient has no choice but to turn to other approaches to unconventional methods of dealing with that problem.

That is clearly the case with Crohn’s disease, a form of inflammatory bowel disease with a wide variety of debilitating symptoms which can sometimes extend beyond the gastro-intestinal tract. The disease was named after American gastroenterologist Burril Bernard Crohn, who described its symptoms in 1932. Crohn’s disease apparently has a genetic component, because it has become disproportionally prevalent among Ashkenazic Jews, and in the yeshiva community in Israel.


Crohn’s can be difficult to diagnose and differentiate from other digestive ailments, such as irritable bowel syndrome (IBS). The most common symptoms are intensive and recurring bouts of gastric pain and distress, and an inability of the intestines to properly digest their food, leaving their bodies starved for nutrients. Eventually, the damage done by the disease will cause portions of the intestines to close up, creating a blockage, requiring surgery to removed. But surgery does not stop the course of the disease. While powerful medications, including anti-inflammatories, immunosuppressives and corticosterouids, are used to treat its symptoms, they, too, are not a cure, and have serious side effects, limiting their long-term usefulness. After years of treatments with the best doctors and medications available, many Crohn’s patients see little or no improvement in their condition, and are willing to try anything that offers any hope for a cure.

That was the situation which faced Elaine Gottschall in the 1950’s when her four-year-old daughter was diagnosed with ulcerative colitis which refused to respond to standard medical therapy. Desperate, she chanced to meet Dr. Sidney V. Haas, then 92 years old, who, years before, had written a widely used text book presenting his nutritional approach to intestinal healing.

But by that time, modern medicine had passed Haas by, and the doctors treating Gottschall’s daughter were recommending surgery. Gottschall was already frustrated with the inability of the doctors to help her daughter, and decided she had nothing to lose by letting old Dr. Haas examine her. The first question Haas asked Gottschall after examining the girl was “What has this child been eating?” Gottschall then followed Haas’ simple nutritional approach in feeding her daughter, and within ten days, she started showing marked improvement. Within a few months, the girl’s symptoms had subsided, and after two years on the diet, she was totally symptom free.

By that time, Haas had died, and Gottschall was the only one who appreciated the value of his work. She became determined to prove that his approach to treating Crohn’s was medically valid. Through her research into the medical literature, she was able to verify the scientific basis for Haas’ approach, and eventually wrote a self-published book, called “Breaking the Vicious Cycle” to make Haas’ nutritional treatment theories accessible to Crohn’s patients looking for a different answer.

For many years, the medical community remained skeptical, but it also failed to come up with any new approaches that offered hope for a real cure. Meanwhile, more desperate Crohn’s patients read Gottschall’s book, and tried the nutritional approach it recommended, known as the Specific Carbohydrate Diet (SCD). It is an extremely difficult diet to follow, because it calls for the elimination of all sugars and starches. But for a surprisingly large number of those Crohn’s patients who were able to stick with it, the results justified the effort. Many say that they have been symptom-free without medication, and a smaller but significant number claim that they are completely cured.

The theory behind it, as explained by Yitzy Gruen, of Brooklyn, who has been totally symptom free for 7 years after a year on the diet, is that the disease is caused by harmful micro-organisms in the intestines which feed off sugar and starch. The only way to cure Crohn’s is to slowly kill off the micro-organisms by shutting off their food supply. But these organisms are hardy, and any cheating at all on the diet, even something as innocuous as chewing a sweetened gum, can provide food for the germs, and perpetuate the disease. To work, the Specific Carbohydrate Diet must be followed strictly, at all times, with no cheating at all. This requires a lot of determination on the part of the patient, and support and planning by their family members and friends to help keep them going. 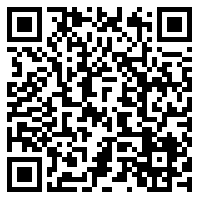