As I sit to write this article less than a week before my wedding, my mind keeps returning to a particular work, which one must grapple with if one intends to take the history of Jewish art seriously.

Rembrandt Harmensz van Rijn’s 1667 oil painting, “Portrait of Two Figures from the Old Testament, Known as ‘The Jewish Bride,'” in the collection of the Amsterdam-based Rijksmuseum, depicts a long-haired man wearing a hat, and dressed in ochre and gold, standing beside a bejeweled woman wearing red and gold. Though it is hard to ascertain how old the figures are, the latter could be the former’s daughter.


Given the quality of the work, one can hardly fault Vincent van Gogh for his famous declaration, “I should be happy to give 10 years of my life if I could go on sitting here in front of this picture for a fortnight, with only a crust of dry bread for food.” Or Chaim Soutine for traveling to Amsterdam to see the painting, perhaps only for the work’s title despite believing the subject was not a Jewish wedding, as Avigdor W.G. Poseq has suggested.

As Poseq and the dual thrust of the Rijksmuseum title suggest, much controversy and confusion surrounds the painting, which Rembrandt painted two years before his death.

Even the interaction between the two figures is hotly disputed. “The painting became known as the “Jewish Bride” in the early 19th century after the Amsterdam art collector, Van der Hoop, identified the subject of the painting as a Jewish father hanging a necklace around his daughter’s neck on her wedding day,” records the Rijksmuseum website.

It is well known that Rembrandt lived in the Jewish quarter in Amsterdam, and some scholars have suggested that the many Hebrew and Aramaic inscriptions in his paintings and his Old Testament references were inspired by his friend, the Jewish diplomat and scholar Menasseh ben Israel. There is no reason to doubt that many of Rembrandt’s models were probably his Jewish neighbors.

But there is a risk of overstating the Jewish content in the so-called “Jewish Bride,” according to the Rijksmuseum site, and “no one sees this man has [sic] the woman’s father anymore. It is clearly a couple, although who they are is not clear.”

In light of this interpretation, several scholars claim the couple could be figures from the bible, perhaps Isaac and Rebecca (having masked the true nature of their relationship to the Philistine king Abimelech), Jacob and Rachel, Judah and Tamar or Boaz and Ruth, or a variety of figures from the New Testament and the Apocrypha.

“Despite the claim of one scholar that ‘there is no doubt that Rembrandt once again used a Jewish couple (probably Sephardim) to reconstruct a biblical scene,” writes Steven Nadler in his only reference to the “Jewish Bride” in his 224-page book “Rembrandt’s Jews,” “there are no solid grounds for thinking that either the sitters or the theme are Jewish or even Old Testament.”

Writing in “The ‘Jewish’ Rembrandt: The Myth Unraveled,” Mirjam Alexander-Knotter calls Rembrandt’s “Jewish Bride” “by far the most famous example of the mythologizing of Rembrandt and the Jews.”

In Rembrandt, the Jews and the Bible, Franz Landsberger notes the recent attempts (his book was published in 1946) to identify the man in the painting as the 17th century converso and poet Miguel de Barrios (also Daniel ha-Levi).
According to Landsberger, there is a “slight resemblance” between the female figure in Rembrandt’s painting and a depiction of de Barrios’ wife Abigail de Pina in an engraving by Ch. V. Hagen in Aaron de Chaves’ “The Poet Miguel de Barrios and His Family.”

However similar the two seem, though, the features are “too typical to invite a conclusive judgment,” Landsberger argues, and besides, the de Barrios figure is depicted with “a drawn-down mouth, an unattractive nose, a tense and troubled expression,” while Rembrandt’s figure has “a straight mouth and a strikingly well-modeled nose.” Further, Hagen’s model exhibits a “tense and troubling expression, befitting the highly nervous nature of this poet,” while Rembrandt’s figure “is in no way troubled or nervous, but is shown as calm and solemn.”

Further, Landsberger mysteriously and perhaps offensively adds, “the slender, regular features of the man could not readily be associated with Jewish characteristics” (though he tries to tone down this observation in an unconvincing footnote).

In his book Reframing Rembrandt: Jews and the Christian Image in 17th Century Amsterdam, Michael Zell observes that a 1731 catalog of Rembrandt’s prints records two etchings titled “The Little Jewish Bride” (1638) and “The Great Jewish Bride” (1635). But according to Zell, the former “clearly represents Saint Catherine” (there is a wheel behind her symbolizing her martyrdom) and the latter is probably a depiction of Esther “preparing to intercede with King Ahasueras on behalf of the Jews.” The latter then would have been a Jewish bride, but not a contemporary of Rembrandt’s.

Zell adds that the “Great Jewish Bride” was so identified due to her “string of pearls around her head,” which “was the custom of coiffure during the time in Holland among Jewish women about to be married.”

If indeed Jewish brides in 17th century Amsterdam did wear strings of pearls (and if that was a unique Jewish bridal uniform, and not something also worn by their gentile counterparts), there would be a good argument for Rembrandt’s so-called “Jewish Bride” to be a real Jewish bride.
Ultimately, though, and perhaps I am a bit sentimental so close to my own wedding, I see no reason to identify Rembrandt’s work as a biblical character or to identify the subject as just a biblical character. Rembrandt’s brilliance and prolific ability to cast his contemporaries in biblical scenes cannot be overstated, but it can be overextended. Every Rembrandt painting does not have to be a biblical character, and although some have seen a couple in this painting, there is no reason to dismiss the subject as a father putting a necklace on his Jewish daughter, the bride.
Does it matter if Rembrandt intended the subject to be a Jewish bride? Does it matter that we approach the work as Jews interested in Jewish art and art history? It’s hard to say. But perhaps due to our bias, it is easier for us to ask the natural question (which has somehow become a controversial question in light of recent scholarly trends): Isn’t it possible that Rembrandt intended to call attention to the necklace the father was placing (modestly and appropriately) around his daughter’s neck, and in so doing, deliberately emphasized an every day, un-heroic and non-biblical scene of a Jewish bride moments before her chuppah?

At least from where I sit, it is very appealing indeed to think that Rembrandt found such majesty and ripe subject matter in a Jewish wedding, which he immortalized for centuries to come. 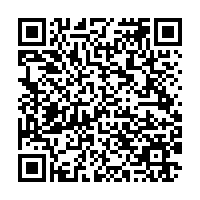