Her family descended from Portuguese Marranos who had sought asylum in England in the eighteenth century. Grace Aguilar was born there at the onset of the nineteenth century (1816), and her remarkable work would exercise an impact on the historiography of Jewish life in the ensuing three decades of that century.

What made this young woman dedicate her short life to the study of Judaism and extolling its ethical, intellectual and theological values? Was it the impact of her family’s Marrano history? Perhaps the personal circumstances of her life contributed to the extraordinary focus of her philosophical and literary endeavors.

Grace Aguilar’s sickly youth necessitated her being educated at home, mainly by her parents. Her mother, a cultivated woman of strong religious feeling, trained her to study the Torah systematically; and when she was fourteen her father read aloud to her regularly, chiefly Jewish history. As a result, young Grace’s knowledge, especially in history and foreign literature, was quite extensive.

At the age of seven Grace started to write a diary, which she continued almost uninterruptedly until her death in 1847. Before she was twelve, this child prodigy had written a drama, Gustavus Vasa, undoubtedly under the influence of the ancient historical volume, Josephus Flavius, that had been read to her by her father in early childhood.

Grace Aguilar also wrote poems on religious Jewish subjects, which were published under the title The Magic Wreath. Her tales, founded on Marrano history, were widely read. The most popular of Grace Aguilar’s Jewish tales is The Vale of Cedars or The Martyr: A Story of Spain in the Fifteenth Century. This volume was written before 1835 and twice translated both into German and Hebrew. Her other stories founded on Jewish themes are included in a collection of nineteen tales, “Home Scenes and Heart Studies,” “The Perez Family,” “The Edict” and “The Escape,” “The Mother’s Recompense” and “Woman’s Friendship.”

Then came her scholarly endeavors – all on Jewish historical and theological themes. The first of Miss Aguilar’s religious works was a translation of the French version of Israel Defended, by the Marrano historian Orobio de Castro, closely followed by her own extensive historical study, The Spirit of Judaism, published in Philadelphia in 1842.

A second edition of this work by the author was issued posthumously in 1849 by the American Jewish Publication Society. Much later (in 1864), a third edition appeared in Cincinnati with an appendix containing thirty-two of her poems (bearing the dates 1838-1847).

In 1845 Grace wrote a series of portraits of Biblical and post-Biblical women entitled, The Women of Israel, soon followed by The Jewish Faith: Its Spiritual Consolation, Moral Guidance, and Immortal Hope. This volume was composed in the form of thirty-one letters, the last dated September 1846, one year before her death.

During the last year of her life, Grace Aguilar, suffering and feeble, continued to immerse herself in Jewish history, ultimately leaving behind an unfinished sketch of the “History of the Jews in England.”

In 1835 Ms. Aguilar had an attack of illness, from the effect of which she never recovered. Finally her increasing weakness necessitated change of air, and in 1847 she was taken on a Continental trip. Before her departure some Jewish ladies of London presented her with a gift and a touching address recounting her achievements on behalf of Judaism and Jewish women. She visited her elder brother at Frankfurt, and at first seemed to benefit from the change; but after a few weeks her condition deteriorated and she died in Frankfurt on 16 September 1847. She was buried there in the Jewish cemetery, the last line of “Woman of Valor” inscribed on her tombstone.

Grace Aguilar ended her life as she lived, with words from the Bible. She whispered as she lay dying: “Though He slay me, yet will I trust in Him,” (Job 13:15). 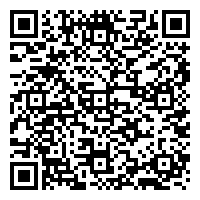