Proclaiming Justice to the Nations Inc. (PJTN) is an organization founded by Laurie Cardoza Moore “to increase awareness and action by educating Christians about their Biblical responsibility to stand with their Jewish brethren and the State of Israel.”

Who is Laurie Cardoza Moore and why did she undertake such an enormous mission? Growing up in a Christian home in Nashville, Tennessee, the strikingly attractive young American girl had never met a Jew or had anything to do with the Jewish people. Then, about twenty years ago, she decided to attend a weekly Bible class – a life-changing experience. Deeply focused on the message that emanated from the holy text, Laurie came to the realization that it was the duty of Christians to aid in G-d’s plan for the Jews, to establish the Land of Israel.


In 2002, Laurie read of a lobbyist in Alabama who had passed a resolution in support of the State of Israel, and knew she needed to get a similar bill passed in Tennessee. She had been lobbying for the “Right to Life” movement and suddenly understood that her previous political activities had been “for just a time as this” – to wake up the church and take a stand. And she set out to do just that. She persisted in the face of overwhelming roadblocks, feeling God’s help in her struggle. The resolution passed and Laurie, fueled by the success, began assisting the local Jewish federation with its pro-Israel activities.

An actress and a producer, Laurie is married to Stan Moore, a two-time Emmy-award-winning film producer and director, and the two of them decided to use their talents to proclaim a truth to the world. “Israel is fighting a public relations war,” Laurie declared, “and that means you have to focus always, always, always on the truth.”

Laurie and Stan created the documentary series “Focus on Israel” in the summer of 2003. One film is about a day in the lives of three IDF soldiers, presented as they are – kids who simply want to defend their friends, their communities, their land.

Laurie is horrified at the anti-Israel falsehoods being spewed in the media and when her documentaries are completed, her plan is to broadcast them worldwide.

“I want to turn the faucet on and drip the truth to the people,” she says.

It was in 2005 that Laurie Cardoza Moore established PJTN to facilitate dialogue between Christian and Jewish communities, and to take a stand, together, in defending the State of Israel to the world. Her mission is “to combat negative propaganda by exposing the inaccuracies in the media and to shine the light of truth on that which has been ignored and misrepresented.”

In November 2006 she hosted a mission trip to Israel with rabbis and pastors from Nashville. “There is no better way to encourage dialogue between Christians and Jews than to make a joint trip to the land,” she said.

Her home life is shaped by her convictions. Laurie and Stan have five children whom she home schooled in order to instill in them proper values. And it bore fruit. Her young son insists that when he grows up he’s going to be an Israeli soldier and defend the Jewish people, her 14-year-old isn’t scared of standing up in front of her Christian classmates to defend Israel and her 18-year-old researched a paper on “Why the U.S. and Christians Should Support Israel.”

Laurie Cardoza Moore sends her prayers, her support and her love to the Children of Israel, with a message: “We’re here. Don’t give up. We’re fighting from over here. Don’t let the world tell you otherwise. You are a light to the nations!”

May Hashem bless Laurie Cardoza Moore and her family, true Righteous Among the Nations whose holy mission, “Proclaiming Justice to the Nations” has had an amazing impact on the future of Israel. 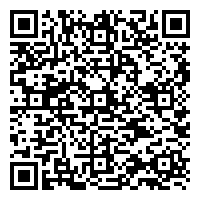