Woman of Valor is the title of Lihi Lapid’s third book (published in 2008 under the title Eshet Hayil), recently translated and published in English by Gefen Publishing.

Eishet Chayil is a hymn customarily recited on Friday evenings before sitting down to the Shabbat evening meal. It is a twenty-two verse poem at the conclusion of the book of Mishlei, describing the woman of valor as the ideal wife and mother.


Lihi is the wife of Yair Lapid, Israel’s Finance Minister who made his debut on the political stage with his new party “Yesh Atid.

Lihi was born in 1968, in Arad to Thelma and Raphael Mann. When she was 11 years old, her family moved to Ramat Hasharon where her parents opened a gift shop.

When she was older, Lihi moved to Tel Aviv where she studied Plastic Arts and photography in Camera Obscura.

From 1986 to1988 Lihi served as a photographer in for the IDF newspaper Bamachane. After her army service she served as photographer for the weekend edition of Haaretz and Maariv newspapers.

Since 2003 Lihi Lapid, now a wife and a mother, has been writing a column for the Communications News Network.

Woman of Valor focuses on her journey from ambitious young woman to marriage and motherhood, with an unsparing look at the bumps on the way, including the difficulties of raising a special needs child. The Lapids have an autistic daughter – a source of much grief for the sensitive, devoted mother.

And yet, her honesty and openness in describing her painful experience contributes valuable advice to her readers. Her generosity of spirit has helped many others on their own journey.

One reader wrote: “Having read Woman of Valor gave me the strength and courage to say for the first time, ‘I have an autistic child.’ Only now can I finally tell people the truth.”

Lihi’s passion to help others, even when it causes her pain, has an ancestral source.

Her paternal great-grandfather is Rav Moshe Avigdor Amiel, one of the first rabbanim to publicly join the Mizrachi movement and applying his speaking and writing abilities to the cause of Religious Zionism

In 1936 Rav Amiel made aliyah and served as Chief Rabbi of Tel Aviv. This area had the largest Jewish population in the yishuv and presented a great deal of challenges for the rav. Particularly hard was the constant need to engender good relations between the religious and non-religious segments of the community. During his leadership he set up a yeshiva high school, Yeshiva Ha’Yishuv Ha’Chadash, where religious subjects were taught in the morning and secular subjects in the afternoon. It became the example for the B’nei Akivot yeshivot established later on. After his death the yeshiva was renamed Yeshivat Ha’Rav Amiel.

With such antecedents, Lihi’s desire to help others makes deep spiritual sense. 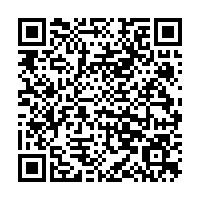