Shoshana Bluth’s telephone number is a help hotline for mothers and wives of Israeli soldiers – a hotline of faith, emunah in Hebrew.

“Mothers whose eldest sons were about to go into the army would come to me for encouragement. I was thought of as a kind of Western Wall for mothers of soldiers… My message to them was, simply, to be optimistic. I have complete confidence in G-d, and also in my sons,” she reveals.


Who would know better about the need for “optimism,” for courage and faith, than Shoshana Bluth, the mother of eight children in uniform, seven of them as combat soldiers? Asked whether she is ever worried, she replies honestly: “We are human beings. Of course we’re worried and afraid. During an operation or a war, it’s hard to sleep at night.” Shoshana Bluth, however, does not waste a sleepless night. When one of her sons was a platoon commander during the Second Lebanon War, the mothers of his men would call Shoshana at night. “They knew I was available,” she says simply. “My telephone number was their hotline.”

Who is this wonder woman? Born in Boro Park, Brooklyn, Shoshana Schiff attended Brooklyn College, where, in 1968 besides graduating with a B.A. in Special Education, she met her future husband, economist Ephraim Bluth. However, before marrying him, the dedicated young Zionist spent her prenuptial year in Israel within the framework of Sherut LaAm program, working with youth in development towns as a special education teacher.

After their wedding, the two young religious Zionists went on aliyah in 1971, committed to the building of the land they love. Shoshana did her share in special education, soon to be augmented by special motherhood. In 1973 her first son was joined by a daughter, followed by a second son in 1974, by a third in 1979, a fourth in 1980, a fifth in 1983, a sixth in 1984, a seventh in 1987 – eight children in fifteen years! By the time the baby turned two, his oldest brother had enlisted in a combat unit of the Israeli army.

Your children in combat units in a country that is relentlessly beleaguered by vicious enemies! I cannot imagine a greater dedication to any cause no matter how sacred. How does a mother do it? One of Shoshana’s sons was critically wounded when terrorists infiltrated the pre-army academy in Atzmona, where he was studying.

Five of his friends were killed beside him. “They say that I ought to be worried because my children are combat soldiers. In the end, the child who ended up being the most severely wounded was in the study hall,” Shoshana says. A grenade exploded next to Shoshana’s son and he suffered shrapnel wounds all over his body, including in his chest, where one piece of shrapnel was millimeters away from his heart. He was evacuated by helicopter to Tel Hashomer Hospital. “It was a nightmare to see him,” she recalls. “His whole body was cut and torn, and there was an enormous gaping hole in his chest. His right eardrum had been completely torn, and his left eardrum was dislocated.”

The Begin Center presents an annual prize to a person or organized body who accomplishes an extraordinary act or acts for the benefit of the State of Israel and/or the Jewish People. This year the award went to Shoshana and Ephraim Bluth. “Never in our wildest dreams did we expect to be ranked among those who are worthy of it,” Supermom Shoshana reveals with characteristic modesty. 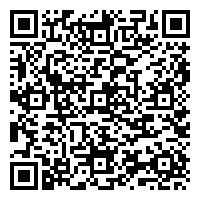