Home Sections SciTech Lain, Smartphone, Lain
Share on Facebook
Tweet on Twitter
As someone who lains fairly often at my synagogue, I don’t consider it a big deal committing to a few aliyot every couple of weeks. I’ve even occasionally lained the megillah. Yet for more than 15 years, there is one Torah reading I have avoided laining at all costs: my bar mitzvah parshah.

I lained that parshah for the second time a year after my bar mitzvah. I was wrong in thinking that I knew it perfectly, and the results were not stellar. I made at least four mistakes, which was unacceptable (at least for one laining his bar mitzvah parshah).

While growing up, there was a cold competitiveness between the boys in my teen minyan. Believing that middot matters most was not an especially popular trait with my peers, they let me know what they thought of my performance. That was it for laining my parshah past rishon, I decided, and over a decade went by before I would do so again.

Fast-forward 15 years, and I still had not lained my bar mitzvah parshah. But when my nephew, who has special needs, read the haftarah in phenomenal fashion at his bar mitzvah last winter, I was inspired to once again lain my bar mitzvah parshah. Since it was going to take a few weeks to relearn it, and I didn’t want to carry around a heavy tikun or photocopy the parshah – as too many tikun photocopies mistakenly end up in the garbage rather than in sheimos – it was fortunate that I was familiar with the five words that have made so many of our lives easier in a variety of ways: there’s an app for that.

The good Jews at RustyBrick were among the pioneers in smart-phone applications, creating some of the first – and still best – Jewish apps on the market. Their siddur and kosher apps deserve their own columns, but to me their Tikun Kor’im app is as strong an argument as any that every technological advance can be used as a tool to enhance Torah and mitzvot.

While the $19.99 price tag might initially seem a little steep, the app is well worth the cost. On a base level it functions as a regular tikun, with the text of vowels on the right and the keriyah text on the left. But the app’s audio functions take it to another level. One can make an in-app purchase of an audio recording of every Torah parshah for an additional $4.99 per parshah. This enables the ba’al keriyah to listen to a parshah being read while following the text on his iPhone, iPod touch, or iPad (sorry, Droid users, the Tikun Kor’im is not available on your device). While parshah audio is currently available in nusach Ashkenaz, Sephardic laining is available for all of Sefer Devarim – with the other four Sifrei Torah being released in the coming months. Audio for haftarot and megillot will be coming out as well. Within the next year the app should carry audio for everything lained by Orthodox Jews.

Some might see the Tikun Kor’im app as a threat to bar mitzvah teachers. Why should parents spend $1,000 for a teacher’s services when they can spend $24.99 on the app and parshah audio? Yet RustyBrick CEO Barry Schwartz sees things differently. “This app was created as an interactive tool for bar mitzvah students. The app can be used with or without a teacher, but having a teacher will help ensure a strong reading.” Schwartz also points out that RustyBrick hasn’t received any negative feedback from bar mitzvah instructors. “In fact, it’s just the opposite,” says Schwartz. “We have teachers contacting us in praise of the app, and who recommend it for their students.”

An additional function of the app actually enhances the method of teaching a young boy his parshah. Teachers and students can record and upload their own audio of their lainings and send them to each other. “Your bar mitzvah teacher can be anywhere in the world now,” says Schwartz. Of course many bar mitzvah boys will have a difficult time hearing their awkwardly changing voices, but it’s a worthwhile price for a better lained parshah. The audio recording also provides an option for students who want to avoid the $4.99 parshah fee or who prefer a different tone and pace to RustyBrick’s slower, raspier-voiced ba’al keriah.

While it certainly looks much better on the iPad, using the Tikun Kor’im on the smaller-screened iPod touch or iPhone is certainly preferable to carrying around a tikun. I’ve now prepared Torah reading several times using the app while riding on a bus or train. I even used it to help relearn my bar mitzvah parshah. I didn’t make any mistakes this time. And even if I had, no teenagers would have made fun of me, since using an app to learn a Torah reading makes me incredibly cool. 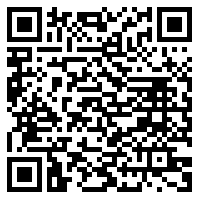