When you lose your spouse, whether s/he was sick or healthy, whether it’s through divorce or death, the transition period into the next part of your life is a difficult one. Many new singles find that they no longer fit into their old friendships. They are no longer part of a couple, so associating with couples can be uncomfortable. Often watching a couple’s interaction, when you are no longer part of one, can cause feelings of sadness and loss. It can leave you longing for the life you no longer have. For well spouses it can leave you longing for the fantasy that you didn’t have and now know will never happen. Many new singles, particularly women, find that their former friends are no longer as available as they once were. Some women who are married begin to see their former, now single friends as almost a threat. Invitations to gatherings or even a movie or lecture become less forthcoming. And suddenly, a new companion called loneliness begins to stalk the newly single woman.

Finding new friends is not easy. You are older and all those places where you met women of a similar age and common interests that enabled you to make friendships easily no longer exist. You have long ago stopped walking your children to school or taking them to after-school activities. You might even be a grandparent. Where do grandparents go to meet new friends?

I recently discovered an interesting group of women. They are all single women over 50 years of age. Some are divorced, some were never married, and some are widows.  These women belong to a group called Circle of Friends. The group meets in the Cummings Jewish Centre for Seniors in Montreal, Quebec (where “senior” means 50 years of age or older). The group meets twice a month in the evenings, as many of the members are still working. They have lectures and interactive programs. Many of the women did not know each other before they joined the group. Some were depressed from a recent loss of a spouse when they became a member. Many were lonely. They came here to participate in interesting activities and hopefully make new friends. During the interactive programs, the women have a chance to get to know one another and develop friendships. Recently, they decided to form interest groups. Now any member can join other members for, among other activities, walking groups, Mahjongg, movies, theatre, bowling and Judaic Studies. These interest groups are smaller and give the ladies a chance to meet fellow members with whom they share a common interest. To date, the membership is over ninety women. Everyone has a membership phone list where people have noted things they enjoy doing. Feel like going to the ballet and want company? Check your Circle of Friends list and see who else enjoys the ballet and give her a call. More often than not, you both have a lovely evening, and a friendship has begun.

The Cummings Centre houses the group and provides support. The group itself is self-run by its members who decide what direction they wish to go in. There is a volunteer office where anyone can come to give their time or suggest an idea to try out. I spoke with one of the members of this year’s steering community, Sheila Esar. She shared with me how she and so many others have made new friends from the group.  She noted how many members, including her, joined the group while trying to adjust to their new lives alone. Most were naturally depressed and lonely. Their confidence diminished by what they had been through. She noted how satisfying it was for her to see so many members come out of their shells, regain their confidence and begin to live again. One member told me how she heard of the group and came to see what it was about. She was naturally anxious about coming since she knew no one. To her surprise, people were immediately friendly. In less than a week, two of the members called to invite her for lunch. Now she is in charge of one of the interest groups and hates to miss a single meeting. Because they know how it feels to be alone, the women make it a point to greet and spend time with any new member who comes into the group. And that attitude helps make for the warm atmosphere you feel as soon as you enter a meeting of Circle of Friends.

There is room for every single woman here, no matter her situation or interest. One member of the steering committee said that she felt well spouses with husbands in care facilities would be welcome as well, since in actuality their lives are really that of a single even though they are still married.

I thought the concept of the group wonderful and wanted to suggest that every community center, senior center and any place that provides support for large groups might think of establishing something similar. But the key to what makes this group really work is the commitment to warmth and inclusion that permeates the group and encompasses anyone who walks in the door.  With that kind of commitment, no group like this will fail. 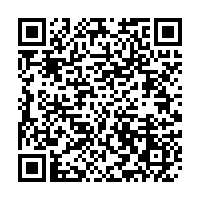