Home Magazine Devora Waysman The Joy Of Torah
Share on Facebook
Tweet on Twitter
One of the most popular of our chaggim is Simchat Torah, which falls on the last day of Sukkot. As its name suggests, Simchat Torah celebrates the joy of the Torah. There is no record of this holiday before the 11th century, and its origin may have been in Spain.
The highlight of the chag is when all the sifrei Torah are removed from the Ark and there is a joyful procession with them around the shul.  This circling is called hakafot, and it is necessary to make seven circuits.  It is a mystical imitation of a chuppah, symbolizing the marriage of Bnei Yisrael to the Law.  There is even a Chatan Torah and then a Chatan Bereishis who buys the privilege of reading the first portion of sefer.
As the hakafot progress, different members of the congregation are given the opportunity to hold the sifrei Torah and dance with them.  The procession resembles the custom of a kallah, at the beginning of a chuppah, walking around her chatan seven times to form a closed circle.
A special feature of the day is when all the boys under bar mitzvah age are called up for a special aliyah.  The final verses of the Torah are read while the children stand under a large tallit spread above them like a canopy.  The children are blessed with the words Yaakov used to bless Ephraim and Menashe (Genesis 48:16) “Hamalach hagoel osee me kol rah, yevarech es hanearim – The angel who redeemed me from all evil, bless these children.”
There is a lovely Simchat Torah custom in Jerusalem’s Beit Hakerem, where I live.  At a certain designated time, all the local shuls meet (there are four) with their sifrei Torah in Kikar Denya, the square in front of the supermarket.  There, with singing and dancing, they invite all the passers-by – secular and religious alike, and particularly the children – to join in the merriment.  For me, this is the highlight of the day, with toddlers being carried on their fathers’ shoulders, and many people, possibly for the first time ever, joining in to dance with the Torah, before eventually all return to their own shuls to continue with the service.
The prayer for rain in Israel is an important part of Simchat Torah liturgy.   “When do Jews and Gentiles rejoice together?  Only when it rains!”  No this is not a recent quotation in response to our current water shortage and the dangerously low level of Lake Kinneret.  It was written by Rabi Yehoshua ben Levi in Bereshis Rabbah (13.6)  “For drought is the scourge of the earth, and rain its greatest blessing.”
Tishrei, the seventh month, is linked to the start of Israel’s winter rains, and crops will fail without it.  We plead for rain in the merit of Avraham, Yitzchak and Yaacov, Moshe, Aharon and the 12 shevatim … “For a blessing and not a curse; for life and not for death; for plenty and not for famine.”
The Mishna tells us “the world is judged through water.” To this day we recite a prayer for rain on the last day of Sukkot, as rain is Israel’s life-blood.  Good rains mean prosperity, drought means ruin for the country’s kibbutzim, moshavim and agricultural settlements.
Linked to the prayer for rain is another Sukkot ceremony emphasizing the value of water.  It is known as Simchat Beit Hashoeva, the Joy of the Drawing of the Waters. When the Beit Hamikdash stood it was practiced with great enthusiasm and zest.  It is first mentioned in Sefer Yeshayahu.  It began on the second night of Sukkot and continued for six nights.  Jerusalemites and pilgrims flocked to the outer court of the Beit Hamikdash.  An enormous golden menorah was fed with vessels of oil by kohanim until flames leapt towards the sky.
The most pious men led a torch dance, and the Leviim led the people in chanting hymns and psalms to the music of flutes, harps and cymbals.  They danced and sang until dawn, when the long procession wended its way to the pool of Shiloah.  This pool was formed by the overflow of water in Chezekiah’s tunnel which led from the Gihon spring into the city.
At the pool, a golden ewer was filled with water and brought back to the Beit Hamikdash, where the Kohen Gadol poured it over the mizbayach.  Today there is no Beit Hamikdash, no mizbayach and no water in the pool at Shiloah, but the “Drawing of the Waters” is symbolically recaptured every year with singing, dancing and rejoicing in the Jewish Quarter of the Old City, near the pool of Shiloah at the base of the City of David.
And today, on Simchat Torah, Jews all over the world remember Israel’s need for rain on the last day of chag.  It is a long prayer which begins with the words: “You cause the wind to blow and the rain to descend.  From the heavenly source He sends down rains softening the earth with their crystal drops.  Water You have called the symbol of Your power. It refreshes with its drops all breathing creatures and it will someday quicken those who exalt the power of rain.”
After six more verses, the prayer for rain concludes with the reader chanting, and the congregation responding: “For You are the Lord our G-d who causes the wind to blow and the rain to fall.  For a blessing and not for a curse. Amen. For life and not for death. Amen. For plenty and not for famine.”

It is a fitting bracha with which to end Simchat Torah and Sukkot, in which three times we are commanded to rejoice.  After the solemness of Rosh Hashanah and Yom Kippur, this gives us its blessings:  “May you  have nothing but joy!” 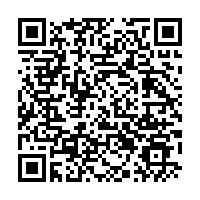