Last month, I discussed our tumuloutous family trip to Israel and the many mistakes and some smart moves we made along the way. Hopefully you can learn from our mistakes and incorporate the lessons we learned in your own family trips.

1. When traveling with babies, you are allowed to bring juice, formula and pumped breast-milk in larger quantities then the 3 oz rule. Generally, security allows water as well, but if not, you can bring an empty bottle or Sippy cup and then fill it up before you get on the plane. As I get very thirsty when flying, I brought along a clean 64 oz apple juice bottle and filled it up with water. This way I didn’t have to have open cups of water that are just begging to get knocked off those tiny little tables or risk waking up one of my sleeping babies by getting up to get a drink.


2. Don’t pack toys that require assembly. I brought along these really cute foam castle and car arts’n’crafts, but there wasn’t any space to actually build them. Then, when they try to open the traveling set of Chinese checkers, all the little balls immediately fell everywhere, and there was no point in even looking for them. Instead, pack lighter, more disposable toys that don’t need much room or parental supervision such as play dough, bubbles (be mindful of liquid restrictions), stickers, and pipe cleaners. Some sites recommend wrapping old presents in three layers and having the kids unwrap them on the plane, but honestly, I don’t have time to wrap real presents; when would I get around to wrapping fake presents?

3. To avoid ear pressure problems, I let the children chew gum during take-off and gave the baby a bottle, but the truth is, I don’t know if the change in air pressure affected them. I didn’t bother doing it during landing or on our way home, and they didn’t seem to care either way.

4. Generally, I restrict my children’s access to videos and the like, but on such a long flight, I decided it was best for everyone if they were a little zombie-fied. They were thrilled at the opportunity to watch unlimited children’s T.V. Most airlines provide ear buds for free, but I packed a couple of our own headphones just in case. Little children tend to have a hard time with the ear buds, and I’m not sure how safe it is for their eardrums, so actual headphones would be a good idea. If you are not comfortable with the selection of movies the airline provides, a portable DVD player would work just as well. On some flights you have the ability to charge your electric devices, but in case yours aren’t compatible with the outlets provided, bring an extra battery.

5. We let the kids bring their blankeys and teddy bear/doll on the plane. They agreed that they would carry their blankets the whole time, and they did. It was a good idea, because the blankeys and dolls gave them a sense of comfort and something soft to sleep on, not just on the plane, but also in Israel. Not that they slept much, but more on that later.

6. In order to minimize bathroom accidents, I put a pull-up on my two year old, just as a pre-caution. Miraculously, the pull-up stayed clean, as he managed to make it to the bathroom when he needed to go. This brings me to my next point: don’t put long pajama pants on the kids. Those airport bathrooms get really gross really fast.

7. In my diaper bag, I had packed hand sanitizer – an absolute necessity. Interestingly, I did not need the 15 diapers I had packed. Think carefully about how often your baby needs to be changed and then add a couple of more just in case. The wipes did come in handy, as did the extra shopping bags we used as garbage bags until the flight attendants came around. As my baby is highly allergic, I had Benadryl handy.

8. Don’t forget to be super friendly to the flight attendants! Please and thank you goes a long way, and if it’s appropriate, engage in some friendly conversation about their flight-related experiences. As could be expected from flights to and from Israel, the flight attendants were wonderfully attentive, and that really helped make the flight pleasant. 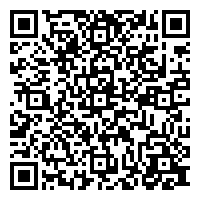