As an Orthodox woman who covers my hair, when I get up each morning I must make a choice: Shaitel or tichel? As all decisions regarding appearance tend to be, this one requires me to choose between aesthetics and comfort. With a wig I’ll feel well dressed, polished, put together… and half-blind (when will those blasted side-bangs finally go out of style?!?!). Not to mention the splitting headache I’ll have by the end of the day. With a mitpachat I’ll feel comfortable, calm, fully-sighted… and about as elegant as a balding cleaning lady. This choice is not an easy one to make. Lucky for me, my decision just got a little bit easier – I discovered Judith de Paris hair wear.

Judith de Paris is the exclusive U.S. retailer of many styles of graceful and well-designed headscarves and head covering accessories imported from Israel and France. But before I get to the exceptional merchandise of Judith de Paris, I must tell the inspiring story of the woman behind it all, Judith Levy.


Judith Levy is a gorgeous French-born woman with a flair for fashion and the written word (she’s an editor for French editions of Artscroll). At the start of her second marriage she found herself in a shaitel vs. tichel predicament very similar to mine. Her husband, who currently leads a Sephardic minyan at a shul in Silver Spring, MD, asked his new wife to trade in her “beautiful, long and trendy” wig for a more modest head covering as per Sephardic halachic rulings. But Judith could not bring herself to make the leap from a striking shaitel to a lackluster, unflattering tichel. In fact, coming from France, Ms. Levy was accustomed to women making the opposite change. That is, many French women start wearing wigs in lieu of headscarves so as not to be confused with hijab-wearing Arabs. But determined to start off her marriage on the right foot, Judith committed to wear a kisuy rosh as often as she could. Although she started to wear it on most days, she could not bring herself to put on a scarf for weddings and other special events. She felt silly wearing an elegant dress and then putting “just anything” on her head, but no matter how hard she searched, she could not find a hairpiece worthy of being paired with elegant clothing. She felt that the scarves were an insult to classy evening wear. That all changed on a visit to Israel.

It was there that Judith discovered a French-Israeli designer, Rinati Lakel, whose Jerusalem store is filled with chic scarves, turbans and hair ornaments. Ms. Levy dubs Rinati Lakel’s mitpachot the equivalent of “the little black dress – a staple in any respectable wardrobe.”

These she felt comfortable wearing to a wedding. In fact, she wore a Rinati Lakel creation to her own daughter’s wedding, and felt so fabulous in it she never went back to a shaitel again. Ms. Levy was so enamored of her discovery that she felt compelled to share them with others. She began importing the mitpachot from Israel and France and Judith de Paris, was born. Demand was immediate for these beautiful tichels, the likes of which American women had never seen.

Ms. Levy sells her exclusive imports through her website, judithdeparis.com, on Facebook and via private consultations through Skype. Occasionally, she travels to frum communities around the tri-state area to present her merchandise. She sells her exclusive items on the retail level, and distributes them wholesale to other retailers.

The scarves and turbans of Judith de Paris are simply stunning. The fabrics are sumptuous and high-quality and the designs are unique and surprisingly simple to tie. After trying some of her mitpachot, I laugh at my old flimsy, threadbare Israeli tichels. It’s like comparing the headscarves of a peasant to those of a queen. Although the scarves are all beautiful, an essential part of the regal look comes from what’s underneath – a volumizer. I had never heard of a volumizer before, and my curiosity was piqued when I saw it on her website. The main problem with tichels is that they fall flat – literally. The volumizer is a padded cap designed to be worn underneath a mitpachat. It adds elegance and flair to any tichel – and creates a look reminiscent of Marie Antoinette or Vermeer’s “Girl with a Pearl Earring.” Just think of the difference between a buzzed haircut and a tall ballerina bun – they both lack hair cascading down, but the latter is an awful lot prettier. 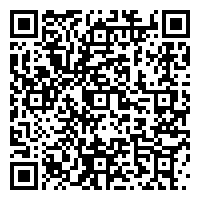