Home Magazine Glimpses Into American Jewish History Bris Mila During Colonial Times
Share on Facebook
Tweet on Twitter
Since the time of Avraham Aveinu, Jews have observed the mitzva of having their sons circumcised on the eighth day after birth. During the Fifteenth, Sixteenth, and Seventeenth Centuries, “New Christian” men living on the Iberian Peninsula and in other countries under the influence of the Inquisition could not maintain this tenet of Judaism. To do so was almost the equivalent of committing suicide, since anyone found circumcised by the Inquisitional authorities would most likely be burned at the stake. Indeed, it was common practice for those who managed to escape the Inquisition and arrive in America to have themselves and their sons mald shortly after their arrival. More often than not, these circumcisions were performed when the refugees reached adulthood, despite the risk and pain.

The proper observance of mila as well as the other precepts of Judaism requires the support of competent religious functionaries. Shochtim, mohellim, and Rabbonim are all needed if Jews are to live a truly Jewish life. “Most Jewish functionaries of the colonial era were laymen. While an occasional rabbi [hakham to the Sephardim] found his way to these shores, few remained. The Jewish communities were too small, and often too struggling to support professional clergy. As congregations became established and synagogues were built, the demand for ritual functionaries grew. The reader, or chazzan, who knew the ritual chants, became especially important.”[1]

While it is true that any observant Jewish man with the proper knowledge and skill can perform a bris, having one’s son circumcised in Colonial times was not easy for those who did not live in one of the few cities with “substantial” Jewish populations such as New York (with only about 300 Jews as late as 1790). Below is a description of the activities of an Eighteenth Century mohel, and what it took for one father to get his son circumcised.

Abraham Isaac Abrahams and the Bris of Josy Lopez

Aaron Lopez (1731 – 1783) was a Portuguese refugee from the Inquisition   who settled in Newport, RI, where he lived a completely observant life.  (See Aaron Lopez, Colonial American Merchant Prince, the Jewish Press, October 7, 2005, page 36.) We are not sure when Lopez’s son Joseph was born. It was probably in 1756, but it may have been earlier. In any case, at the time of his birth the small Jewish community of Newport did not have a mohel. “Sometime during the summer of 1756 Aaron wrote to Abraham Isaac Abrahams (1720-1796) of New York and urged that rarest of eighteenth-century Americans, a Jew of Lithuanian descent, to undertake Joseph’s circumcision. The Newporter may have previously favored others with that request, only to be disappointed; we do not know.”[2] Abrahams was “the best known circumciser in New York during the 1750’s. Like many fellow-Jews of his generation, Abrahams ‘doubled in brass,’ for he was a tobacconist, a distiller, a schoolteacher, a shopkeeper, and a synagogal precentor, as well as a mohel. Apparently he did a good job in performing the Abrahamitic rite, for his services were in constant demand. When summoned to add meritorious deeds to his credit by initiating young Israelites into the faith, he traveled into Westchester County, Long Island, to New Jersey, and to Connecticut. One of his trips to Long Island brought him to a prison where a Jewish debtor was incarcerated. The circumcision ceremony and the feast were held in the jail so that the father could participate.”[3]

“Abrahams traveled as far north as Rhode Island in the performance of his craft. It is doubtful that he was paid for performing this religious privilege. More likely he did so out of devotion. In June, 1756 – he was then thirty-six – he began to chronicle his work as a mohel in New York City. His first recorded circumcision was that of his own son, Isaac. Less than two months after Isaac Abrahams was circumcised, his father was called upon to make a trip to Newport, Rhode Island, at the invitation of a young businessman by the name of Aaron Lopez.”[4]

Abrahams replied on August 8, 1756 to Aaron Lopez’s request that he mal his son. He wrote:

I was out of town last Monday or shou’d answer’d your favour pr. post.  Am much oblig’d for your kind congratulations and wishes [on the birth of my son, Isaac].I take it as a great honour in your presenting me with the circumcising your son. Shou’d been glad it had been sooner on acc’t of my [ap]prentice being out of his time and gone and [this] will make it difficult for me to go just now. And another reason, my cousin Manuel [Emanuel Abrahams] and self have enter’d in the business of distilling and tobacco and manufacture. However, if I can possibly some in a little while hence, will gladly do it as nothing wou’d be more pleasure than to see my good friends att your place which I really long to do. In my next, will
be more particular as to my coming. Till then I am, with respect, s’r,

“Abrahams was, however, no more particular in his next letter, dated two weeks later, August 25, and Aaron could not have been much encouraged by it. He was ‘sorry to tell’ Aaron that his business still detained him in New York, and he could not say when it might be possible for him to come. Perhaps Aaron would consider employing someone else: ‘Doctr Marks is releas’d out of goal [jail]. Beleive he wou’d willingly go if you was to write him. Think he gladly go.’

“Perhaps Aaron had little confidence in the erstwhile prisoner, who had probably been jailed for nothing more heinous than debt. Or perhaps ‘Doctor’ Marks was not as willing to go as Abrahams had assumed. It may even have happened that Marks did not remain out of jail long enough to set out for Newport. At all events, little Joseph remained uncircumcised until the following February, when Abrahams did at length find it possible to undertake the journey to Newport. The New Yorker then recorded in his registry of circumcisions:

He added in Hebrew, ‘Sunday 13th Shebat 5517 Aaron son of   Moses Lopez and on the same day Joseph son of Aaron Lopez.’ During the same visit Moses’ newborn son, named Aaron in good Sephardic fashion for his uncle, was circumcised   as well. Writing to the Newporters from Stamford, Connecticut, some weeks later on his way back to New York, the mohel asked to ‘have the pleasure of a few lines from you all with good news from all your good families.’ Abrahams must have felt warmly attached to his Newport host; on at least two further occasions he concluded business letters to Aaron with the request, ‘Pray kiss my dear boy Josy for my sake.'”[6]

Such were some of the difficulties encountered by Colonial Jews who wanted to initiate their sons into the covenant of Avraham. Despite these obstacles, they did their best to continue the religion of their ancestors and pass it on to their offspring. In a real sense they laid the foundations for those who came to the United States after them by showing that in the face of what appeared to be insurmountable obstacles, one could still maintain one’s Yiddishkeit.

Dr. Yitzchak Levine, a frequent contributor to The Jewish Press, is a professor in the department of Mathematical Sciences Stevens Institute of Technology, Hoboken, New Jersey. He may be contacted at llevine@stevens-tech.edu.

A Pre-WWII Chassidic Yeshiva – With Classes In Weaving 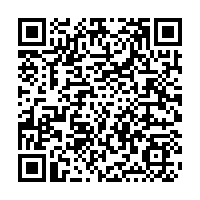