Note: Unless otherwise indicated all quotes are from http://www.ajhs.org/publications/chapters/chapter.cfm?documentID=215.

While the Civil War was raging at the end of 1862, General Ulysses S. Grant sent the following letter to the Assistant Secretary of War:

I have long since believed that in spite of all vigilance that can be infused into post commanders, the specie regulations of the Treasury Department have been violated, and that mostly by Jews and other unprincipled traders. So well satisfied have I been of this that I instructed the commanding officer at Columbus to refuse all permits to Jews to come South, and I have frequently had them expelled from the department, but they come in with their carpet-sacks in spite of all that can be done to prevent it. The Jews seem to be a privileged class that can travel everywhere. They will land at any wood-yard on the river and make their way through the country. If not permitted to buy cotton themselves they will act as agents for someone else, who will be at a military post with a Treasury permit to receive cotton and pay for it in Treasury notes which the Jew will buy up at an agreed rate, paying gold.

There is but one way that I know of to reach this case; that is, for the Government to buy all the cotton at a fixed rate and send it to Cairo, Saint Louis, or some other point to be sold. Then all traders (they are a curse to the army) might be expelled.
U. S. GRANT,
Major-General[1]

On the same day Grant issued an order that was to lead to the most blatant official episode of anti-Semitism in America during the nineteenth century. His order read:

The Jews, as a class violating every regulation of trade established by the Treasury Department and also department orders, are hereby expelled from the department within twenty-four hours from the receipt of this order.

Post commanders will see that all of this class of people be furnished passes and required to leave, and any one returning after such notification will be arrested and held in confinement until an opportunity occurs of sending them out as prisoners, unless furnished with permit from headquarters

No passes will be given these people to visit headquarters for the purpose of making personal application for trade permits.

This order expelled all Jews from Kentucky, Tennessee and Mississippi!

Subordinates enforced the order at once in the area surrounding Grant’s headquarters in Holly Springs, Mississippi. Some Jewish traders had to trudge forty miles on foot to evacuate the area. In Paducah, Kentucky, military officials gave the town’s thirty Jewish families — all long-term residents, none of them speculators, and at least two of them Union Army veterans — twenty-four hours to leave.

The Reason for the Expulsion

During the Civil Was the North and the South actually remained to some extent economically dependent upon each other. Part of this dependence was tied to the use by Northern textile mills of Southern cotton to make uniforms and tents for the Union army. The Union military command wanted an outright ban on trade with the South, but President Lincoln decided to allow limited trade in Southern cotton. This led to a raging black market in this commodity.

To control that trade, Lincoln insisted the Treasury Department and the Army license it. As commander of the Department of the Tennessee, Grant was charged with issuing trade licenses in his area. As cotton prices soared in the North, unlicensed traders bribed Union officers to allow them to buy Southern cotton without a permit. As one exasperated correspondent told the Secretary of War, “Every colonel, captain or quartermaster is in a secret partnership with some operator in cotton; every soldier dreams of adding a bale of cotton to his monthly pay.”

In the fall of 1862 Grant’s superiors pressured him to capture Vicksburg, Mississippi. Doing this would give the Union control of the entire Mississippi River and effectively cut the Confederacy in half.

This task was not an easy one, since Vicksburg was heavily defended by Southern troops, and Grant wanted to devote his full attentions to it. Therefore he resented the fact that he also had to control the corrupt cotton trade.

Merchants seeking trade permits besieged his headquarters. When Grant’s own father appeared one day seeking trade licenses for a group of Cincinnati merchants, some of whom were Jews, Grant’s frustration boiled over.

A handful of the corrupt traders were Jews, although the great majority was not. In the emotional climate of the war zone, ancient prejudices flourished. The terms “Jew,” “profiteer,” “speculator,” and “trader” were employed interchangeably. Union commanding General Henry W. Halleck linked “traitors and Jew peddlers.” Grant shared Halleck’s mentality, describing “the Israelites” as “an intolerable nuisance.”

The Order is Rescinded

Needless to say, Jewish efforts to get Grant’s order rescinded were not long in coming.  A group of Jewish merchants residing in Paducah, KY, dispatched an indignant telegram to President Lincoln, condemning Grant’s order.

General Orders, No. 11, issued by General Grant at Oxford, Miss., December the 17th, commands all post commanders to expel all Jews, without distinction, within twenty-four hours, from his entire department. The undersigned, good and loyal citizens of the United States and residents of this town for many years, engaged in legitimate business as merchants, feel greatly insulted and outraged by this inhuman order, the carrying out of which would be the grossest violation of the Constitution and our rights as good citizens under it, and would place us, besides a large number of other Jewish families of this town, as outlaws before the whole world. We respectfully ask your immediate attention to this enormous outrage on all law and humanity, and pray for your effectual and immediate interposition. We would respectfully refer you to the post commander and post adjutant as to our loyalty, and to all respectable citizens of this community as to our standing citizens and merchants. We respectfully ask for immediate instructions to be sent to the commander of this post.

The issue of Grant’s anti-Semitism was raised during his run for the presidency in 1868. Grant consulted with a number of Jewish communal leaders, and they went on record saying his issuance of General Order 11 was an anomaly and that he was not an anti-Semite. Grant claimed that Order 11 was prepared by a subordinate, and he had signed it without reading it.

The general carried the Jewish vote during this presidential election and maintained good relations with the Jewish community throughout his presidency.  He was the first president to invite a Jew to become a member of his cabinet[4], and invited Jews to the White House, where he entertained them socially. In 1876 he attended the opening of Adas Israel Congregation in Washington, DC, and stayed for the service, unlike some Jews who left after the dedication ceremony.

According to family legend, Grant ate only kosher meat during the last few years of life.  He did this after having read Vindication of the Israelitisch Way of Killing Animals by Rabbi Aaron Zev Friedman.[5]

[1] General Ulysses S. Grant and the Jews by Joseph Lebowich, Publications of the American Jewish Historical Society, 1909, 17, AJHS Journal, pages 71 – 80. This article is available at http://ajhs.org/reference/adaje.cfm

Dr. Yitzchok Levine, a frequent contributor to The Jewish Press, is a professor in the Department of Mathematical Sciences at Stevens Institute of Technology, Hoboken, New Jersey. “Glimpses Into American Jewish History” appears the first week of each month. Dr. Levine can be contacted at llevine@stevens.edu 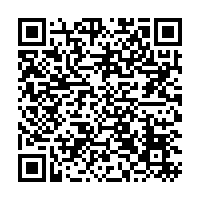