Last month’s column outlined some efforts during the first half of the nineteenth century to establish Jewish agricultural colonies in America. In only one case was a colony actually established. This was in 1837 at Wawarsing (Warwarsing) in Ulster County, New York, and it ended in failure a mere five years later. Other attempts, either to have Jews become individual farmers or to set up Jewish agricultural colonies, soon followed.


Other Early Attempts End in Failure

(All quotes in this section are from “Jewish Agricultural Colonies in the United States” by Leo Shpall, Agricultural History, 24, 1950, pages 120-146.)

“The immigration from Germany in 1848 opened a new chapter in the annals of American history. Many newcomers were anxious to settle on land, and among them were Jews. Some immigrants went west and bought farms there, while others settled in the existing agricultural colonies. The desire to turn to agriculture became so strong among the German-Jewish immigrants that the Jewish leaders in the United States proposed to establish colonies in Texas. The Reverend Leeser used the columns of the Occident to further the idea and to rally American Jews to its support.

“In 1852, Simon Berman, an immigrant from Galicia, arrived in New York, and the following year he tried to interest some of the leaders in a plan of settling Jews on land. Both the Reverend Leeser and the Reverend Dr. Morris Raphall of New York became interested in the project, but no concrete results were attained.

“In 1855, a movement arose, chiefly among the members of the B’nai B’rith, with Dr. Sigmund Waterman at the head. A committee was formed to popularize the idea, and it issued a leaflet entitled A Call To Establish a Hebrew Agricultural Society.

“The newly formed society promised to buy land to be cultivated by the colonists under the supervision of a competent manager. ‘Persons applying to be sent there must be of proper age and good character. They shall receive all the necessaries of life in consideration of their diligent and honest labors. They shall be well treated, used according to their capacities and be instructed in horticulture and agriculture theoretically and practically.’ A certain amount of the profits were to be applied to the building of houses, schools, and synagogues and to the purchase of the necessary supplies and implements…. Officers were elected, with Dr. Waterman as president. The society hoped to build an agricultural school which would facilitate the settlement of Jews on land. The support, however, was half-hearted, and nothing further is recorded about the work of the association.”

Thus we see that all the early attempts to establish Jewish agricultural colonies in the United States ended in failure. This was because Jewish public opinion in America was not ready to support them, and the immigrants did not seem anxious to settle the land. These projects should not, however, be considered a total failure, because they laid the groundwork for efforts made in the latter part of the nineteenth century.

“The [years] 1881 to 1891 were crucial…in the life of Russian Jewry. During these years – years of persecution for Russian Jews – Russian Jewry was compelled to seek refuge from pogroms and from economic and political restrictions. Most of the Russian Jewish emigrants streamed across the Atlantic in the hope of finding a new haven in the United States and, in American Jewish history, this decade marks the beginning of a new era, as has been observed by others. American Jewry came face to face with an unexpected wave of Jews from Russia and other East European countries. These Jewish newcomers, who had been reared in a different environment, were totally strange to the indigenous American Jews. Indeed, these were difficult times for the immigrants. They had to adjust themselves to a new land, to new customs, to a new language, and above all, to a new way of life.”[i] 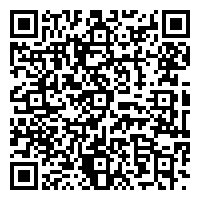