Home Magazine Glimpses Into American Jewish History Jews And The Maryland Toleration Act
Share on Facebook
Tweet on Twitter
In 1629 George Calvert, the first Lord Baltimore, applied to King Charles I for a charter to found what was to become the Province of Maryland. Tobacco had proven to be a profitable enterprise in Virginia, and Calvert was hopeful the same would prove true in this new venture. In addition, Calvert, a Catholic, hoped to found a religious haven for his co-religionists who were often persecuted in predominantly Protestant England.
Calvert died in April 1632 before the charter he sought was granted. However, on June 30, 1632 the king granted a charter to his son, Cecilius, the second Lord Baltimore. The colony was named in honor of King Charles’s queen, Henrietta Maria. The name given in the charter for this new colony was “Terra Mariae, Anglice, Maryland.”

The first expedition of settlers, headed by Cecilius’s younger brother, Leonard, arrived in Maryland in 1634. It consisted of both Protestants and Catholics, and Cecilius Calvert hoped the two groups would live together amicably. Initially this was indeed the case – though it didn’t last long.

The amity between these two groups, with their long tradition of animosity, lasted only a short while, as might have been expected. During the first fifteen years of the colony’s existence, both groups did occupy one chapel in Saint Mary’s, where the original settlers landed. Meanwhile, though, Puritans were entering the colony in large numbers. In addition, they were becoming more powerful in the mother country. The Catholics in Maryland were now in need of a law that would guarantee them religious freedom. Calvert was still strong enough to push such a law through the legislature. In 1649 the Act concerning Religion, popularly known as the “Toleration Act,” became the law of the province. [The Making of an American Jewish Community: The History of Baltimore Jewry from 1773 to 1920, by Isaac M. Fein, Jewish Publication Society of America, 1971, page 5]

The Maryland Toleration Act, also known as the Act Concerning Religion, explicitly dictated religious tolerance, but this was limited to Trinitarian Christians. Anyone who denied this belief was to be put to death and have all his property confiscated.
In 1723 the act was “liberalized.” Instead of paying with one’s life for an offense against the Christian religion, a first time offender was subject to a fine and to having his “tongue bored.” For a second offense the offender’s forehead was branded with a letter “B,” indicating he was a blasphemer. Anyone who committed a third offense was to be put to death.

While Maryland’s Toleration Act provided for religious toleration for Christians, it clearly did not provide religious freedom for those who practiced other religions. The Act was not aimed specifically at Jews, because at the time of its passage there were no Jews living in Maryland. However, it was clear to any Jew that if he settled in Maryland, his life might well be in danger.

Lumbrozo was, however, much more than just a healer of people. He was also a farmer, an innkeeper, a businessman, and an Indian trader. In whatever capacity this Jack-of-all-trades engaged his versatile talents, he was frequently involved in court cases, sometimes as plaintiff, sometimes as defendant. As plaintiff, he was usually suing people for unpaid debts. As defendant, he was charged with more serious crimes.
“The Jew Doctor,” however, never faced a more serious charge than the one brought against him on February 23, 1658. This time he was accused of having committed “blasphemy,” a crime carrying the death penalty under the Toleration Act. This inquiry took place in the Provincial Court of Saint Mary’s, then the capital of the colony, in the presence of Governor Josiah Fendel. Two witnesses, Richard Reston and John Offsett, testified that about a year earlier they had a “discourse” with the accused, “the Jew Doctor…known by ye name of Jacob Lumbrozo.” The “discourse,” according to their testimony, was “concerning…Blessed Saviour, Christ, his resurrection, telling ye Lumbrozo that he was more than man, as did appear by his resurrection.” They further testified that Lumbrozo’s answer was that “such works might be done by necromancy or sorcery, or words to that purpose,” and when he was asked “whether ye Jews did look for a Messias…they said Lumbrozo answered, yes.”

In his deposition Lumbrozo stated that such a discussion did, indeed, take place. It was also true that he was asked by the witnesses to give an opinion on the subject and that he, by profession a Jew, answered to some particular demands then urged but sayd not any thing scoffingly, or in derogation by him whom Christians acknowledge for their Messias. [Making of an American Jewish Community, pages 7-8]

Lumbrozo’s defense was of no avail, and he was jailed until the next meeting of the Provincial Court, when he would be tried for blasphemy. However, luck was with him, because ten days after his arrest he was released as a result of a general amnesty proclaimed in honor of Richard Cromwell becoming the Lord Protector of England.

Lumbrozo’s trial showed how precarious it was for Jews to live in Maryland. Indeed, no Jew settled permanently in Maryland for the next 100 years.

As was noted above, the Toleration Act guaranteed religious freedom for Christians only. It was an attempt to keep peace between Protestants and Catholics, but this did not last.
Even the constitution of the new state of Maryland, adopted in 1776, did not provide for religious freedom for non-Christians. Its preamble, known as the Declaration of Rights, stated: “It is the duty of every man to Worship God in such manner as he thinks most acceptable to Him: all persons professing the Christian religion are equally entitled to protection in their religious liberty.”
Furthermore, in order to hold any office in Maryland one was required to take an oath stating “belief in the Christian religion.” The requirement to take such an oath excluded Jews from holding any municipal or state office. Little had changed for Jews since the Toleration Act of 1649.

Finally, in 1826, after considerable effort and debate, the Maryland Legislature passed what became known as “The Jew Bill.” It did away with the requirement to take an oath professing belief in Christianity and guaranteed religious equality for Jews. 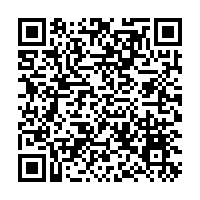