(Unless otherwise noted all quotes are from “The American Indian (Uh-Nish-In-Na-Ba), The Whole Subject Complete in One Volume” by Elijah M. Haines, the Mas-Sin-Na’-Gan Company, Chicago, 1888, Chapter IV pages 98-115. The text can be viewed at Google Books.)

Nach tells us that “Tiglath-pileser [II Kings xv. 29] or Shalmaneser [ib. xvii. 6, xviii. 11), after the defeat of Israel, transported the majority of the inhabitants of the Northern Kingdom to Assyria and placed them in Halah and Habor, on the stream of Gozan, and in the towns of Media. In their stead a mixed multitude was transported to the plains and mountains of Israel.”[i]

Much mystery surrounds what happened to the Ten Lost Tribes of Israel. Many groups have, over the years, claimed descent from these tribes. These include the Bnei Ephraim of southern India who say they are descended from Shevet Ephraim; the Nasranis of Kerala, India (ancient Malabar); the Bnei Israel from the Indian cities of Mumbai, Pune, Ahmadabad, and the Pakistani cities of Karachi, Peshawer and Multan; the Bnei Menashe of northeast India who claim to be descended from Shevet Menashe; the Beta Israel (Falashas) of Ethiopia; the Bukharian Jews who say they descend from Shevet Naphtali and Shevet Yissachar; some Persian Jews who claim descent from Shevet Ephraim; as well as a number of other groups.

Rabbi Menashe, who firmly believed that Mashiach would soon arrive, was convinced by Montesinos that these South American Andean Indians were descendents of the Ten Lost Tribes. In 1650 Rabbi Menashe published the sefer Mikve Israel in which he recounted in detail Montesinos’s stories and claims about the Jewish origins of South American Indians. The book was translated into English and was widely read. Many besides Rabbi Menashe became convinced that the ingathering of the lost tribes would soon take place and that the Indians of South America would be part of this.

The Indians of North America

Perhaps the most bizarre claim regarding the Lost Tribes was the belief held during the 17th, 18th and part of the 19th centuries that the aboriginal peoples found here when the New World was discovered were descended from Jews. While this claim may sound ridiculous today, many people believed it to be true, particularly Protestant evangelicals, and much “evidence” was advanced to substantiate it. The following is the “basis” for some of those beliefs.

There were many who believed that some North America Indians were descended from Jews.

“Many writers have given special attention to an inquiry into the subject of the American aborigines, with reference to discovering an affinity of this people with the Jews, or people of Israel.

“Among the class of writers aforesaid is Mr. James Adair, who resided forty years among the American tribes, and who wrote a book on the subject, which was published about the year 1775, in which he, without hesitation, declares that the American aborigines are descendants from the Israelites, and so complete is his conviction on this head, that he declares he finds a perfect and undisputable similitude in each. He says: ‘From the most accurate observations I could make, in the long time I traded among the Indians of America, I was forced to believe them lineally descended from the tribes of Israel.’ ”

James Adair’s The History of the American Indians, published in London in 1775, is probably the most significant 18th century work dealing with the life of American Indians living in the southeastern part of the country at the time.

“The book, a cultural and historical study of the Catawba, Cherokee, Creek, Choctaw, and Chickasaw Indians, is based on Adair’s first-hand observations derived from his 40-year career as a deerskin trader among several southeastern Indian tribes. 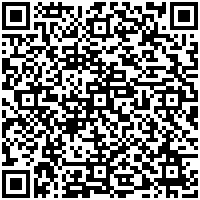