Home Magazine Glimpses Into American Jewish History The Beginnings Of Jewish Education In New York
Share on Facebook
Tweet on Twitter
“Jewish communities from time immemorial have recognized educational institutions as the bedrock of Jewish continuity. The first Jews to settle in the New World brought this lesson with them when developing their community in Brazil. Embedded into the framework of this community was a school to instruct the community’s children.”[i]
“The history of Jewish education in New York, prior to 1840, is the story of one school, that of the Portuguese Jewish congregation, Shearith Israel. Because of the inhospitable treatment which the Jews were accorded in New Amsterdam, their educational activities were carried on during the first seventy-five years of their sojourn in America in the privacy of their own homes. But with the building of the first synagogue on Mill Street, in 1729-1730, the question of the Jewish education of the children became the concern of the entire congregation. We find that one year after the dedication of the synagogue, the first Jewish school in America was established.”[ii]
It was through the generosity of Jacob Mendes da Costa of London that Yeshivah [Yeshibat] Minhat Areb was consecrated on the 7th day of Pesach, 1731 “for the use of the Congregation Sheerit Israel and as a Bet Hamidras for the pupils. Notwithstanding the name Yeshibah, which usually denotes a Talmudic academy, in practice the building was used for meetings and the general purposes of the congregation, and for the children’s school rather than for adult and advanced Hebrew study.”[iii]
The characteristics of Yeshiva Minhat Areb from its founding until 1801 were those of the usual American colonial school in that “it was conducted entirely under religious auspices. The Hazan (praecentor, rabbi, or reader) acted as school teacher, and the Parnassim (trustees) served as school inspectors.”[iv]

At first the curriculum was confined to Hebrew language. Indeed, when David Mendes Machado took office as Hazan in 1737, it was clearly specified that he was promising and obliging himself to keep a publick school in due form for teaching the Hebrew language, either the whole morning or afternoon as he shall think proper, and any poor that shall be thought unable to pay for their children’s learning they shall be taught gratis.[v]

In 1747 the hours of instruction were specified to be from nine to twelve in the morning and on Thursdays from two to five. A Parnas or one of the adjuntos of the congregation visited the school weekly to check on the progress of the students. Hazan Machado received eight shillings a quarter and a load of wood yearly for every paying pupil.
The school soon became a parochial school in which both secular and religious subjects were taught. In 1755, the Hazan was instructed to teach “the Hebrew, Spanish, English, writting & Arithmetick.” Twenty pounds per annum were to be added to his salary on condition that the school met in his home every day of the week except for Friday afternoons, religious holidays and fast days. The hours of instruction were daily from 9 to noon and from 2 to 5. In 1762 Spanish was dropped from the curriculum, and the school was called a “publickschool.”
As the congregation grew it became impossible for one man to serve as both hazan and schoolteacher. In 1760 the Parnassim and Elders of the synagogue wrote to England seeking a qualified teacher. However, until 1800 the teacher was expected, when necessary, to serve as hazan as well as shammos.
Yeshiva Minhat Areb was supported partly by the tuition fees paid by the parents of the students and partly by the congregation. Tuition fees were paid both in cash and in goods. Provision was made for children who came from poor homes; the teacher was required to teach them gratis.
During the stormy days of the Revolution virtually the entire membership of Shearith Israel left New York for Philadelphia, and the school was temporarily discontinued. When the war ended, most of the congregation returned to New York, the yeshiva was reopened and “the school had to be organized anew. In the winter of 1785-86, and again in 1792, the congregation was looking for someone both capable and ready to conduct its school in the Hebra building. In September, 1793, Simeon Levy applied for and was given the position. He agreed to teach for half a day all children under thirteen years of age, the pupils providing the necessary books and other school supplies. He was expected to pay ‘strict attention to the morals as well as the religious duties of all the youths that shall be committed to his care.’ At synagogue services all the school children were to be under his watchful direction.”[vi]
Polonies Talmud Torah[vii]
When Myer Polony, a native of Poland, died in New York in 1801 he “bequeathed to the Congregation [Shearith Israel] the sum of $900; the interest to be applied towards the establishing a Hebrew School. This sum the trustees invested in 8% stock of the United States, and they applied the interest toward the maintenance of ‘a charity school’ to be called the Polonies Talmud Torah, for teaching the Hebrew language.”[viii] Thus Yeshiva Minhat Areb was reorganized as Polonies Talmud Torah. A school with this name is still in existence today. (See www.shearithisrael.org/folder/general_info_ptts_new.html.)
The school was housed in the Hebra building adjoining the synagogue and classes met for three hours on weekday afternoons and on Sunday mornings. In 1812 the curriculum still consisted of English, reading, writing, arithmetic and Hebrew. Later, geography was included as a subject in the curriculum. It is of interest to note that in June 1808 enrollment consisted of four students whose families paid no tuition, and sixteen boys and six girls each paying $6.25 a quarter. Thus girls attended Polonies Talmud Torah at a time when organized Jewish education for girls was essentially unheard of in the rest of the Jewish world.
“The only reference to special method consisted in stipulating that the ‘translation of the Hebrew and the instruction of the service of the synagogue is to be according to the order of the Portuguese Jews’ (1821), which means, in accordance with the Sephardic (Spanish) ritual. As for school equipment, the teacher was ‘to provide the necessary stationery and fuel,’ and ‘the parents and guardians of the children to provide reading and spelling books’ (1812), since the trustees had refused to ‘furnish scholars with any article of stationery except ink’ (1808). One of the interesting duties imposed upon the teacher, was not to permit his scholars ‘to riot or make a noise in the synagogue yard, or about the premises, or in any manner to disturb the neighbors’ (1822).
“The Polonies Talmud Torah was not particularly successful. It was frequently disbanded and again reorganized. At one time there were only ‘one paid scholar and five free scholars’ (1821). One of the teachers during this time was informed that ‘no disposition exists on the part of families to send their children to the school under his superintendence’ (1821). There were several reasons for this lack of success. Because of the stationary size of the congregation, the religious school was naturally also small. Besides this normal limitation the custom prevailed among the wealthier members of the congregation of sending their children to be educated by private teachers or in the existing Jewish boarding schools. On the whole, this school did not play a significant part in the development of Jewish education.”[ix]
As the movement for the establishment of public schools developed in the early part of the nineteenth century, the character of the school changed. Slowly it evolved from a general parochial school that gave Hebrew instruction into a supplementary school that gave religious instruction only.
Dr. Yitzchok Levine, a frequent contributor to The Jewish Press, is a professor in the Department of Mathematical Sciences at Stevens Institute of Technology, Hoboken, New Jersey. Glimpses Into American Jewish History appears the first week of each month. Dr. Levine can be contacted at llevine@stevens.edu.

[vii]This section is based in part on The Polonies Talmud Torah of New York, by Jacob I. Hartstein, Publications of the American Jewish Historical Society, 1937, 34.

Palestinians Condemn US for Offering to Help 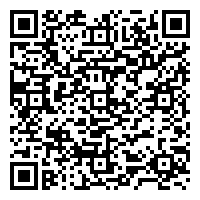