The world as we knew it changed in a matter of moments early Tuesday when terrorists crashed two hijacked planes into Manhattan?s World Trade Center, causing the collapse of both 110-story towers.

Details were still emerging as this newspaper went to press Tuesday evening, but the loss of life was expected to be catastrophic, in what one aviation expert termed ?the most audacious terrorist attack that?s ever taken place in the world.?

Reports of explosions at the State Department and other locations around Washington at the time of the Pentagon attack were later retracted, but the nation?s capital was immediately shut down. All government buildings were evacuated, and the Federal Aviation Authority, in a move unprecedented in the country?s history, halted all air traffic in the United States.

Government offices and other potential targets were evacuated all across the country: national landmarks in Philadelphia, the United Nations in New York, the Sears Tower in Chicago, and the Centers for Disease Control and Prevention in Atlanta.

The New York Port Authority closed all bridges and tunnels into the city. U.S. stock markets were closed, as was the U.S.-Mexico border. Repercussions were global in scope as NATO sent home all non-essential personnel from its Brussels headquarters and Israel evacuated its missions around the world.

While the most of the world reacted in shock and outrage to the incomprehensible scope of the attacks, thousands of Palestinians took to the streets in the West Bank and Gaza Strip to celebrate the carnage. Chanting ?Allah is Great? and passing out sweets to bystanders, they paraded through their towns and villages, unabashed and unrestrained in their joy.

In Nablus, as many as 4,000 Palestinians jammed the streets upon news of the attacks, with many shooting in the air and waving Palestinian flags. Nawal Abdel Fatah, a 48-year-old woman, threw candies at passers-by and declared her happiness because ?America is the head of the snake, America always stands by Israel in its war against us.?

Fatah?s 22-year-old daughter, Maysoon, told reporters she only hoped the next such massive attack would be launched in Tel Aviv.
?Everyone Was Screaming?

The attack on the Trade Center began at 8:45 a.m. with the first of the hijacked planes crashing into one of the towers, setting it afire. Less than twenty minutes later, at 9:03, a second plane crashed into the second tower and exploded.

It was ?like something out of a disaster movie,? said Don Foulsham, a businessman who works in an office building that overlooked the twin towers. ?The towers were like giant candles,? he added, describing the scene moments before the two buildings collapsed.

Businessman Gabriel Ioan was described as ?shaking in shock? as he spoke with an Associated Press reporter. ? I just saw the building I work in come down,? he said. ?I just saw the top of Trade Two come down.?

Stephen Evans, a BBC correspondent based in New York, was on the ground floor of the World Trade Center when the first plane crashed.

An eyewitness told BBC News that he ?was on the first floor. There was a big explosion, some guy came out, his skin was all off. There were people jumping out of windows. It?s horrific.

The conductor made another announcement several minutes later. ?From the train crew we ask that you say a prayer for anyone at the World Trade Center. Please say a prayer.?

Many Americans were reminded of the Japanese attack on Pearl Harbor in 1941. ?This is our second Pearl Harbor, right here in our nation?s capital and New York City,? said Sen. John Warner (R-VA).

?I feel like going to war again,? said Felix Novelli, a World War II veteran in Nashville for a reunion of the Intrepid aircraft carrier. ?No mercy. We have to come together like ?41, go after them.?

As rescuers began the work of sifting through the remains of the World Trade Center, officials warned that the number of fatalities would be astronomical ? ?more than any of us can bear,? in the words of New York Mayor Rudy Giuliani.

?I have a sense it?s a horrendous number of lives lost,? the mayor said.
Bush Vows To Find Attackers

As the nation reeled from the series of attacks, President Bush said he had ordered the full force of the U.S. government to ?hunt down and find those responsible. ?Terrorism against our nation,? he declared, ?will not stand.?

Bush, in Florida to deliver speeches on education, intended to return to Washington when news of the attacks broke. But with the White House evacuated, the president and first lady were taken to Barksdale Air Force Base in Louisiana. Bush spoke briefly to the nation around mid-day, and was scheduled to deliver a more detailed address Tuesday night.

?Freedom itself was attacked this morning,? Bush said in his afternoon remarks, ?and I assure you freedom will be defended. Make no mistake. The United States will hunt down and pursue those responsible for these cowardly actions.?

Reaction from world leaders was swift and uniform. Israeli Prime Minister Ariel Sharon declared Wednesday a day of mourning in Israel, and Defense Minister Benjamin Ben-Eliezer approved the dispatch of rescue units to the United States.

British Prime Minister Tony Blair said he was ?terribly shocked? by the attacks in New York and Washington.

?I?m afraid we can only imagine the terror,? said Blair. ?This mass terrorism is the new evil in our world today. It is perpetrated by fanatics who are utterly indifferent to the sanctity of human life and we, the democracies of this world, are going to have to come together and fight it together.?

French Prime Minister Lionel Jospin said he was ?horrified? by the day?s events. German Chancellor Gerhard Schroeder said his government ?condemns these terrorist attacks to the utmost.? Italian President Carlo Azeglio Ciampi sent President Bush a telegram stating that ?Italy is at the side of the United States. The international community must respond together to this abhorrent act.?

Russia put its troops on high alert after the attacks and Russian President Vladimir Putin said he would support a tough U.S. response.

?The series of barbaric acts directed against innocent people fills us with indignation and revolt,? said Putin. ?Such inhuman acts must not go unpunished.?

At the same time that many of his ostensible followers were dancing in the streets at the news from the U.S,. Palestinian Authority Chairman Yasir Arafat said he ?completely condemns this very dangerous attack, and I convey my condolences to the American people, to the American president and to the American administration, not only in my name but on behalf of the Palestinian people.

According to the BBC and Abu Dhabi television, the Democratic Front for the Liberation of Palestine claimed responsibility for the attacks on the World Trade Center. Sources close to the DFLP, however, denied any involvement.

Speculation on who might be responsible for the attacks centered on Saudi-born terrorist mastermind Osama bin-Laden, who warned three weeks ago of an ?unprecedented? attack on U.S. targets because of American support for Israel.

Abdel Atwan, editor of Al-Quds, a London-based newspaper, told Reuters that he?d received information of ?very, very big attacks against American interests.? Atwan said he and his colleagues ?did not take it so seriously, preferring to see what would happen before reporting it.?

? With reporting from JPFS, JTA and various news sources.
Advertisement 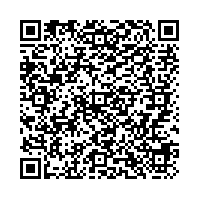