WASHINGTON, D.C. – The children and grandchildren of prominent Americans who opposed the 1936 Berlin Olympics are following in their elders’ footsteps, with an Olympics protest of their own.

In the 1930’s, New York City Mayor Fiorello La Guardia and Brooklyn Congressman Emanuel Celler led the fight against holding the Olympics in Germany, and a handful of prominent U.S. athletes – including a future New York Yankees pitching ace – boycotted the games because of the persecution of German Jewry.

Last week, the children and grandchildren of La Guardia, Celler, and the boycotting athletes of ’36 sent a letter to the Chinese ambassador in Washington to protest China’s cancellation of a visa for former Olympic star and Darfur activist Joey Cheek.

Cheek won a gold medal in speed skating at the 2002 Olympics. Last year, he created Team Darfur, a group of former Olympians who have criticized China’s support for the government of Sudan. The United States and international human rights agencies have concluded that Sudan’s Arab rulers have been committing genocide against the non-Arab residents of Darfur in southern Sudan.

Cheek had originally been granted a visa to attend this year’s games, but the visa was abruptly revoked, without explanation, the day before the Olympics opened in Beijing.

The protest letter was organized by Dr. Rafael Medoff, director of The David S. Wyman Institute for Holocaust Studies, and Prof. Saul Newman of American University, whose grandfather, Rabbi Louis I. Newman of New York City, was a leading proponent of boycotting the 1936 Olympics.

“The families of those who spoke out in 1936 are carrying on the tradition of their fathers and grandfathers, by speaking out against injustice,” said Medoff.

“Barring Joey Cheek contradicts the Olympic spirit of tolerance and openness that China pledged to uphold.”

The Long Island University basketball team that refused to go to the 1936 Berlin Olympics. (Russo is second from right.)

The other signatories on the letter include: 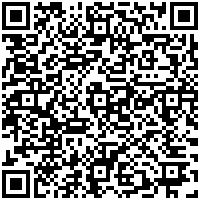