Home Magazine News Jewish Press Exclusive – McCain: ‘Proudly Pro-Israel’ – Says Haaretz...
Share on Facebook
Tweet on Twitter
In statements to The Jewish Press this week, Arizona Senator John McCain reacted sharply to an article earlier this month in the Israeli daily Haaretz that he said left “several serious misimpressions” regarding his views on Israel and the Middle East.
As reported in the Media Monitor column in last week’s Jewish Press, the May 1 Haaretz article portrayed McCain, the early front-runner for the 2008 Republican presidential nomination, as someone who, if elected president, would “micromanage” a more even-handed Mideast policy than that of President Bush; envisioned “concessions and sacrifices by both sides”; and expected Israel to eventually retreat, with some modifications, to pre-Six Day War borders.

A source in McCain’s office characterized the Haaretz interview as a brief, impromptu session and the resulting article as long on the reporter’s suppositions and short on concrete quotes from McCain.

“You’ll note,” said the source, “that the article featured perhaps one complete sentence from the senator; otherwise the report is basically the reporter’s narrative interspersed with several fragmentary quotes” from McCain.

The senator himself was clearly miffed at his portrayal in Haaretz, saying that “after reading the Haaretz article and subsequent report in The Jewish Press,” he felt the need to “clear up several serious misimpressions.”

McCain said that “in contrast to the impression left by the Haaretz article, I’ve never held the position that Israel should return to 1967 lines, and that is not my position today.”

The senator further maintained that “in the course of that brief, off-the-cuff conversation, I never discussed settlement blocs, a total withdrawal, or anything of the sort.”

Final settlement lines, McCain added, “depend on the decisions of the Israeli government and its interlocutor on the Palestinian side.” The problem, he continued, is that “at the moment there simply is no Palestinian interlocutor, as it is impossible to negotiate with people calling for one’s destruction.”

And that, McCain said, is where he believes “the confusion about the article comes in. The questioner asked a few hypothetical questions about some time in the indeterminate future – but that future will never arrive so long as Israel lacks a partner for peace. Talk of concessions on either side or of negotiators is premature so long as Hamas remains dedicated to the use of violence and the extinction of Israel.”

McCain sounded a pessimistic note on the viability of Israeli-Palestinian negotiations, at least in the short term. “There can be no comprehensive peace accord between Israel and the Palestinians until the Palestinians recognize Israel, forswear forever the use of violence, recognize their previous agreements, and reform their internal institutions,” he said.

“Unfortunately, with the election of Hamas, this process has taken a huge step backward, and it’s simply impossible to push today for a comprehensive accord.”

McCain’s remarks reflect a long-standing commitment to Israeli security and a skepticism about the readiness of Palestinians to coexist with Israel. It is precisely his outspokenness in defense of Israel and strong pro-Israel voting record that had observers scratching their heads over the Haaretz article.

“That just didn’t sound like the John McCain everyone in Washington knows,” said a political consultant who’s worked with both Democrats and Republicans and who requested anonymity because he doesn’t know who, if anyone, he might sign on with in 2008. “If there’s anyone who doesn’t buy into the State Department, striped-pants view of the Middle East, it’s McCain.”

The McCain that both supporters and opponents have come to know, said the consultant, is the McCain who in June 2001 told a special AIPAC seminar that “America’s unequivocal support for Israel – not evenhandedness, not moral equivalence, not winking at Palestinian violence – is the best guarantor of peace in the Middle East.”

AIPAC spokesperson Jennifer Cannata told The Jewish Press that McCain “has a strong record on behalf of the U.S.-Israel relationship. The senator consistently supports U.S. foreign aid to Israel and is a cosponsor of bills currently under consideration in the Senate that impose sanctions on Iran’s nuclear program and isolate the Hamas-led Palestinian Authority.”

“McCain has identified with many Jewish causes,” said Hoenlein, who noted that the Presidents Conference will be hosting McCain in a few weeks. “He’s definitely a staunch supporter of a strong U.S.-Israel relationship.”

McCain was unequivocal in his remarks to The Jewish Press.

“I’m proudly pro-Israel, and my positions have been consistent and clear,” he said. “Israel, as one of America’s closest allies and the only democracy in a dangerous neighborhood, deserves our support and assistance. That’s why I view with such alarm the victory of Hamas and the Iranian president’s vile comments about wiping Israel off the map.” 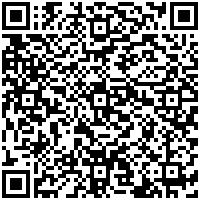