I was at a wedding just the other day, and the music was deafening. A fellow Torontonian, not used to New York’s high decibel bands, asked me if I would write an article about too loud music at simchas. I thought to myself, radio stations take requests for songs, why not take requests for columns?

Besides, he was “preaching to the converted.” I protest anything that is excessive and unnecessary. Especially loud music. Having needed glasses for near-sightedness since I was eight years old – a disaster for a tomboy – I consoled myself on my ability to hear well. (Keen hearing is a valuable asset when playing “hide and seek” or “capture the flag.”) Hearing is the one sense I am sensitive about, and protecting it is the sensible thing to do.

So to the musicians who think that more is better – think again, because less is more in this case. When people at a simcha sitting next to each other have to yell in order to have a conversation; when the person sitting inches away keeps on asking you to repeat what you just said – which usually is a request for him/her to repeat what (s)he just said – then the music is way too loud and even risky to one’s health.

Chances are that the members of the band think they are impressing their audience with their talent by equating earsplitting with “cool.” In a misguided attempt to win over fans and potential bookings, they blast their music. But their reasoning is totally off. If anything, they are ruining their reputations and a chance to get hired by guests who are planning their own simchas.

For the guests do not hear music – they hear noise. And if the baalei simcha allow this noise to continue, then they are ruining their own simcha. The next day, when their guests are asked by friends, “so how was the wedding?” it is very likely they will be told how beautiful the kallah looked and how horribly loud the music was.

The only people who enjoy loud music are those who are already hearing-impaired from years of exposure to too loud music. For them, the music is at a level that they can hear well. They are like those annoying people on the subway or buses with earphones on. Their music is so loud that people can hear it. Obviously, they need to put the music onto the highest volume level because they can no longer hear it on a lower setting!

Unless the musicians have day jobs selling hearing aids, I can’t imagine why they play music that can damage eardrums. Not to mention that they are ruining their own hearing as well. I would not hire the band at the party wedding I attended to play at any party of mine. I liked their unique style – but not the noise.

Not everybody dances as soon as the music starts up. People want to continue their schmoozing, especially since simchas tend to bring people together who have lost touch or whose paths rarely cross during their day to day activities. For many, it’s a chance to catch up on each other’s lives. And they don’t want to get hoarse doing it!

Since I took care to look my best at this simcha, I was rather annoyed at having to walk around with my fingers in my ears (and my elbows up in the air.) I found myself admiring those guests who had the foresight to bring earplugs – as several did. (For any young entrepreneurs out there – instead of a lemonade stand, think about selling cotton balls on the sidewalk in front of the hall.)

If the host of the simcha knows that the band will likely will play loud music – which some do in spite of the host’s request not to – a selection of ear-protectors in the middle of each table – the kind you wear at shooting ranges – may be a more appreciated option than a floral centerpiece.

The bottom line is that music can make or break a wedding. Of course, the food and its service is also a big factor in how lovely the guests will perceive the affair to be. But the ability to enjoy the simcha and participate in dancing and socializing with friends and relatives is the key to its success. Music that is too loud is like scalding soup. It hurts. And the pain takes your focus off the simcha and on your discomfort. When a guest is in distress, then the simcha is no longer a simcha.

When one’s shoes are too tight, they can be removed. However, the only way to relieve oneself from destructive, painful noise/music is to actually distance yourself from it by leaving the ballroom and standing in the hallway or leaving earlier than planned. This is not fair to the guests who made the effort to come and share in the family’s joy. It is not fair to the baalei simcha to have their beautiful affair prematurely emptied of guests.

Ear shattering, guest-chasing “music” at my simcha? I wouldn’t hear of it! 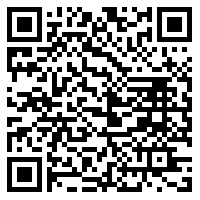