Last month, I bought a ticket on points through a travel agency for a flight that was leaving that same evening. Rightly or wrongly, I thought it necessary to get moving –

after all, life happens. In this case it was the birth of twins, an unanticipated C-section, a hospital discharge a day early and the sound of very tired voices. The troops needed re-enforcements.


I was booked on the last flight to my destination and, being the budget-minded person that I am, took the city bus – one that conveniently stops just a couple of blocks from where I live – that takes you to the airport for only $3.00, less if you have a pass or token.

I arrived at the terminal about an hour later and made my way to the check-in kiosk to print out my boarding pass. I took a glance at the Departure monitors and was horrified to discover that my flight was canceled! So were a few others – a few raindrops somewhere in North America and the flight-disrupting philosophy of “better to be safe than sorry” (and sued) kicked in.

I hate when that happens, especially when I remember the “good old days” when Canadian airports deemed snowstorms, blizzards, ice and whiteouts to be like fruit flies – annoying but not deadly.

Canceled flights mean long lines at the airline service counter as would-be travelers try to get on another flight that will hopefully get them to their intended destination instead of either shlepping back home and tossing and turning in frustration in their own bed or staying at the airport and becoming a human pretzel while sleeping in a chair.  With that dire image in mind, I bypassed the kiosk that printed boarding passes and went straight to the airline’s “service” counter.  I did not want to waste an extra minute getting my boarding pass, hoping that there would still be some seats left on flights traveling in my general direction.

I was thrilled to find out that though my 8:00 p.m. flight was canceled, the 6:00 p.m. flight had been delayed. Perhaps I could catch a ride on that one and arrive at my scheduled time.

Just when it reached my turn, a man in a uniform cut in front of me. He needed to find a seat for someone who was being deported who had been on one of the canceled flights. I was not pleased; I imagine the officer’s prime directive was to enforce a court order, but my mission was important as well.

While the ticket agent was put on endless holds in her frantic attempts to find a flight for the deportee, I approached and asked her to help me. How efficient to kill two birds with one stone – or booking. Actually three birds, since I invited a man I had commiserated with while waiting my turn to join me. Time was running out and even if there was a flight we could get on, we still had to clear US Immigration and Customs and go through security.  She could do the same research for us both.

With my new friend’s boarding pass safely captured on his smart phone, he was immediately given a seat on the 6:00 p.m. flight.  I had a “dumb” phone and no printed boarding pass. But I did have a confirmation number that had been emailed by the airline, and I verbally provided it. To my horror, the agent insisted that I did not have a ticket. When I pointed out that I did indeed have one – didn’t the confirmation number prove it? – she told me that all it proved was that I had a confirmed reservation. 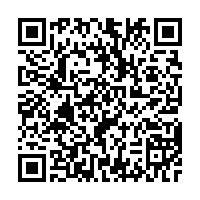