Soon Jews all over the world will be sitting at the Pesach Seder reciting the Hagaddah,  which in essence is a historical outline of the events that lead to the forming of Am Yisrael.

Close to the beginning of the narrative, the Hagaddah mentions the four “sons” who are representative of four types of Jews and their attitude to Yiddishkeit.


I have always been fascinated by the son designated as the “rasha” – the black sheep of the family.  The general view of him is that he is off the derech as he asks, “What is this service to you?”  By saying “you” and not “us” it would seem he has disassociated himself from the Jewish people in general and his parents and community in particular.

While it would seem from his question that he is being chuzpadik and dismissive, I wonder if its possible, if just maybe, he is a struggling, confused neshama who actually wants to come back to the fold.  After all, he is physically in his home and thus aware of the beehive of activity that is part and parcel of Pesach, prompting him to ask, “What is this service to you?” Obviously he wants to be there and not in some other location like a pool hall or a bar.

Yes, he may be acting obnoxious and “pushing” his family’s buttons by his seemingly snide remarks and attitudes. But I think he is a child crying out for help and direction. People of all ages, but especially teens and young adults, behave in questionable ways in order to get attention. For them even negative attention is better than being ignored or invisible.   The rasha may deliberately come across as being confrontational in order to get noticed.

.           And perhaps he is asking because he is truly seeking an answer that will enable him to embrace what he truly wishes he could. Perhaps the “rasha” is confused about Yiddishkeit and is desperately searching for answers. It could be he was initially turned off because his questions were ignored or dismissed or the people whom he looked up to for guidance were contemptuous of him and his questions.

Perhaps when he asks, “What is this service to you?” he is hoping you will throw him a spiritual lifeline and what he really is saying is, “I know that you have retained your bitachon and emunah, you have faith and belief in Hashem. You have it, but I have lost mine, so please explain this service, and convince me of the faith that is eluding me so I may find it again. Show me the way back!”

Recently, The Jewish Press and other frum publications have featured articles that try to explain why so many kids are off the derech – statistics say it’s 20 percent.  In other words, in a family of five children, one can be expected to drop out of Yiddishkeit.

Some of the reasons given for this rejection are physical or emotional abuse, learning disabilities, social ineptness, broken homes or families that are dysfunctional or rejection by yeshivas due to financial issues.  No doubt these factors apply to many of the “drop-outs.”  They feel alienated and unwanted so they reject the community that treats them as second-class citizens.  To fill the emptiness they look for a place where they feel welcome, where they don’t feel inferior or left out.

But how do you explain young people who were raised in “good” families, and who are emotionally and socially well-adjusted, who do well in school academically and have “tons” of friends, but nonetheless struggle with remaining frum? They are not rebels nor do they have a chip on their shoulder. 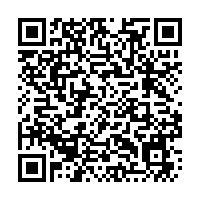