If you ever had the flu, strep, or a nasty infection, you likely experienced contradictory reactions concurrently. You felt you were burning up, your cheeks flushed with fever, but at the same time you were so cold, your teeth chattering as you burrowed under your blankets, trying to stop body-wracking shivering.

This past year, during my treatments for Multiple Myeloma (MM), cancer of the bone marrow (my third time in 25 years that I was told I had cancer, although this one by far was the most challenging), I experienced opposing emotional and spiritual reactions from one minute to the next. I would be flowing with uplifting optimism that since I felt okay and I didn’t have the typical MM symptoms of overwhelming fatigue, renal impairment and chronic back, neck or bone pain that I would be okay.


Yet my positivity fluctuated constantly with gut-churning dread that I would not be okay.

Over the ensuing months, I would be infused with great appreciation for what I perceived as chasdei Hashem, but often slip into a raging resentment towards Him when I felt overwhelmed and physically battered due to the toxic medications, like steroids, that I had to take.

My all powerful Father hadn’t protected me. He had let a biological bogeyman grab me.

At times, I would be suffused with relief that I actually tolerated my treatments relatively well, with no or minor side effects compared to other patients who were enduring the same procedures, yet I was saturated with intense umbrage that I needed treatment in the first place!

Imagine feeling “comforted” that the lytic lesions on so many of my bones weren’t a life-threatening metastasis from an undiagnosed and likely terminal cancer that had spread in my body, but were instead the symptoms of a primary cancer. I was profusely thankful that I dodged a cannon ball, but not delighted that I was still facing a bullet.

Multiple Myeloma is treatable, but not curable. Relapse is inevitable. But like Type 1 diabetes, one can live a normal life for decades.

Princess Margaret Hospital is strictly a cancer hospital. Aside from staff, everyone going through its doors is either a patient or the relative or close friend of one. Men and women, young, middle aged and older are all dealing with a life-challenging illness, personally or by association, that had turned their lives from predictable and routine, to one of uncertainty and scary unknowns.

Whatever upbeat mood I was in as I made my way out of the subway into the sunshine transformed into a deep sorrow. I would be appreciative that I could walk in unaided, and that I looked normal. So many patients were years, even decades younger than me, and I was indebted to Hashem that at this stage of my life, my kids were adults and that I wasn’t tied down to a 9-5 job. I wondered how these young parents and working men and women juggled their interrupted lives.

I had to swallow a bittersweet cocktail of relief mixed with a huge dollop of guilt.

My up and down feelings were further compounded by confounding confusion. When told of a procedure or a new medication – all with potentially serious side effects – I was faced with having to figure out what was the lesser of two evils: going with the recommendation, or declining.

When dealing with the advice of any specialist, be it in legal, medical, or financial matters, it’s inevitable that you will get contradictory opinions. Supreme Court judges, experts in law, often don’t unanimously agree on a legal matter, and hence there is a ruling based on the majority opinion.

I would be reminded of Beit Shammai and Beit Hillel. Both schools contained top gedolim, geniuses in halacha, but they often had differing conclusions. You add a candle each day of Chanukah, or delete one. Both had valid reasons for thinking the way they did. Both were right.

In my case I had to decide which medical opinion was “righter” than the other.

My doctor felt I was young and healthy enough to undergo an autologous stem cell transplant. That means taking stem cells from my bone marrow, freezing them, zapping me with a very high dose of chemo intravenously that would “nuke” and eradicate my entire blood system – destroying the cancerous and healthy blood cells – and then re-infusing these cells back to re-create my white, red and platelet cells.

But there is a school of thought that immunotherapy drugs (some created in Israel, winning the Nobel Prize in Medicine for the scientists who formulated them) are less risky than a high dose of chemo that can cause a secondary cancer and infections and a whole slew of medical issues.

For me, the Internet is like fire; it can be life enhancing when used wisely or destructive when used improperly. I researched sites that were reliable – from highly regarded medical institutions. Some posted the outcomes of clinical trials using the drugs only, or in combination with the stem cell transplant. I also visited forums where patients shared their stories and experiences.

I highly recommend that people make use of the wealth of pertinent information that can be obtained online.

I agreed to the stem cell procedure.

There is a series of six timely sensitive injections, but there was a price to pay. The evening after the fifth injection was the only time I lost it. For several hours I endured a breathtaking pain that went beyond anything I had experienced before.

I remember angrily gasping, “Hashem, I hope YOU get cancer.” I did realize that I was being ridiculous so I edited my statement and said, “I wish that somehow You experience cancer the way Your children do, and maybe, just maybe You will remove this disease from humanity.”

In the Hagaddah, it says, “Veyizaku Bnai Yisrael.” The children of Yisrael after hundreds of years of agonizing slavery screamed out to the G-d of their fathers.

Amazingly, after decades of abuse, they still believed in Hashem, they still viewed Him as their Tatty, hence they called to Him, agony fuelling their anger, looking to Him for a yeshua. And as the Haggadah says, He listened to their cries.

Reaching out to Hashem, both in appreciation or rage, is an act of pure emunah. You believe He is the master of the Universe and in total control, and can change your matzav effortlessly.

But as counterintuitive as it may seem, having a life-challenging disease can enhance your life. Everything you regarded as normal becomes a bracha in your eyes, and with hakarat hatov comes simchas chaim.

I used to grumble as I would stumble into the bathroom in the middle of the night, annoyed that my sleep was interrupted. Now, while I still may stumble, I no longer grumble. What a bracha to be able to get out of bed on my own, and do what I need to do naturally.

This past year on Yom Tov, when I lit my candles and said Shehechayanu, it was so relevant. The words meant so much to me: “that I lived, and that I existed, and that I reached this point in time.”

In Parshas Chayei Sarah, we read that Avraham died “satisfied.” He had suffered so much in his lifetime: exile from everything familiar; loss of his birth family and his beloved wife, a disappointing son. Yet he was aware of the good and chose to be content.

May we all have this ability to be b’simcha, no matter the challenges we face. 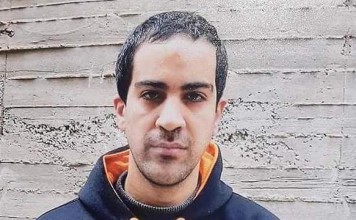 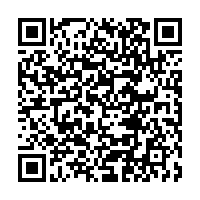