On a recent Shabbat I overheard a man berating his son, who looked to be about 10 years old, for coming to shul late. In a loud voice he asked his son what was “wrong” with him?  Why couldn’t he “get his act together like the other boys”?  His son wilted and his face turned white and red as several kids snickered.

I thought to myself, “Why is this man even at shul? Why is he keeping kosher or observing Shabbat?” According to the Talmud (Bava Metzia 59a), “One who embarrasses another loses his share in the World to Come.” The Talmud also states that shaming someone – even in private, let alone in public – is like shedding his blood, because, when embarrassed, a person’s blood drains from his face. It’s akin to killing him and the Fifth Commandment prohibits murder.

Surely this yeshiva-educated man must have studied Talmud.  Even I who never did am aware that humiliating someone is likened to killing him.  So why is someone who likely takes pride in being shomer mitzvot so blatantly lax when it comes to humiliating a fellow Jew?

This unfortunate individual did not internalize what Hillel HaZakein insisted was the message of the Torah – “do not do to someone what you don’t want done to you.”

But what I call verbal terrorism is tragically not rare at all. There is an epidemic of people who chronically and ceaselessly verbally abuse, denigrate and shame those connected to them – their spouses, siblings, children, in-laws, friends, neighbors, co-workers, students, employees, etc. They are blatantly desecrating the Torah and, in my opinion, should not consider themselves frum.

Shaming a person is considered so heinous, in fact, that it is written in Bava Metzia 59: “Better for man to be with a doubtful married woman than he publicly shame his neighbor.”  In other words, potentially committing adultery – one of the three cardinal sins that one must be willing to die for rather than commit – is preferable than insulting and humiliating a person.

I am not a therapist or mental health professional, but based on decades of observing and being the recipient (like most of us) of verbal/emotional abuse from those whose life journeys have crossed mine, I feel that the widespread malaise that seems to have permeated our community resulting in dysfunctional marriages, divorce, kids off the derech, obsession with money and possessions, is triggered by virulent criticism and shaming that is not balanced with compliments, praise and validation.

If the verbal see-saw is always weighed down by negative remarks, and rarely is there an “up” of positive comments, then there is a greater likelihood of an individual developing a dysfunctional ego.

I truly believe that the outcome of being told on a fairly regular basis that you don’t measure up, that you are stupid, clumsy, can’t do anything right, etc., is a depressed/angry individual handicapped with a fragile ego, a poor-self image, even self-loathing.

Self-loathing, I believe, manifests itself in two ways: you believe you will always fail so you give up and never take risks or attempt to improve your life, and/or you become an angry bully who is verbally and emotionally abusive. Sadly, the only way you can feel better about yourself, the only way you can “shore up” your brittle ego, is by putting others down.

In extreme cases, some with damaged personalities re-invent reality as a means of coping and have unrealistic expectations of perfection from those they interact with, often maximizing and aggrandizing their achievements and accomplishments and minimizing everyone else’s.

For example, a man comes home from work and cooks dinner for the kids because “she had a hard day” and did not prepare anything. She later complains because he left a “mess” for her to clean up – a couple of crumbs on the table. “Do I have to do everything?” she yells.

When the father criticizes his son in shul for coming late, is it because he is worried for his son’s neshama or because his low self-esteem has him cringing, “People will think less of me because my son is late for davening; they will say I am an incompetent father?” Likely it’s the latter – this man has a poor self-image and cannot allow the nasty voices that constantly told him he doesn’t measure up and is incompetent to echo in his mind. Thus, he makes a big deal over something that shouldn’t be.

If he is frequently derogatory and continuously berates his son for the “crime” of not being “perfect,” my guess is that this boy will have personality issues later in life.  He is turn may become a verbal terrorist.

A friend of mine recently “divorced” her sister after finally realizing that her sister would almost always criticize some aspect of her appearance when they met.  She would look her up and down after their initial hello and, with a sad head shake, comment on some “flaw.”  Her sheitel needed a set, the outfit made her look fat, etc.

Her sister made her feel inadequate and inferior – just like their mother and aunt did.

“My parents were very critical of us,” she confided in me, “Nothing we did was good enough. There was always a classmate who got a higher grade, a cousin who got a bigger role in the school play. We were always being compared to other people – and were always on the losing end.

“I think what saved me from feeling like a total failure was one friend’s mother who was always complimenting me. I loved going over there.  My sister and I both ended up marrying men who were ‘familiar,’ always denigrating and mocking us. I left that toxic environment when I realized my kids would grow up thinking this kind of interaction was normal.  By getting divorced, I hope I gave my kids the message that abuse of any kind is unacceptable and that a bat or ben melech deserves to be spoken to and treated with respect.”

Hillel was a brilliant sage; I wonder if he saw the threat to Jewish continuity coming from within and, therefore, told the gentile nobleman who wanted to learn Torah as he stood on one leg that it was all about setting aside the “I ” and thinking about the “you” and the impact of one’s actions and words.

When the “you” comes first, perhaps Moshiach will feel it’s safe to come. 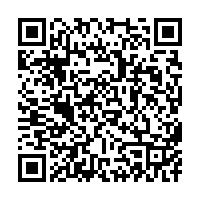