There is a scene in the first Superman movie starring Christopher Reeve that could be a metaphor for what is happening to many in the frum world in terms of the current generation’s ability to significantly help their children financially. Lois Lane, a brave but often foolhardy investigative reporter, has fallen off a skyscraper and is plummeting to her death. Clark Kent, a fellow reporter and colleague, sees the great peril she is in and, for the first time ever in public, switches into Superman and flies up and grabs her. “Easy miss,” he reassures her. “I’ve got you.” Lois looks at him in shock and shouts hysterically, “You’ve… you’ve got me? Who’s got you?”

Lois thinks she and this stranger are “in the same boat,” so to speak – equally at risk of plummeting to the ground, unaware that he has the capability of keeping them both “afloat.”


I think of this statement from time to time when I hear of young people who – unlike their parents who are university graduates, have professions or are in business – are full-time, long-term learners and have four or more children. Over the years, their financially-secure parents helped them buy a house, pay tuitions or buy numerous plane tickets so they could visit their parents on Yom Tov. However, when their kids grow up and start families of their own, they will not be like Superman; they will be more like Clark Kent.

They may promise support as a condition for a shidduch, but will not have the monetary resources to make it happen. They may be struggling themselves, let alone be in a position to prevent their kids’ financial fall.

A story told to me second-hand described a multi-millionaire grandmother and great-grandmother who expressed her concern that while she and her husband had been able to support their children and even adult grandchildren, their millions could only go so far. Even 20 million dollars divided by over 40 (at the time) great-grandchildren would barely be a down payment on a house!

If the extremely wealthy are worried about the financial well-being of their offspring, the children of learning families, how much more so should “regular” people be worried.

A successful “black hat” lawyer in his late fifties whose services I have used over the years, supports several married children who are learning and have growing families. There are grandchildren of various ages in various cities around the world. While he is very proud of his learning sons and sons-in-law and his daughters and daughters-in-law whom he sees as neshei chayil, he has some regrets that they did not follow in his footsteps and acquire a profession. He shared that one son got a teaching job at a renowned yeshiva because his son’s wife came from a family who were long-time benefactors of the school. He had been chosen from a pool of qualified candidates because he had “protectzia.” Another son, who was post-kollel and looking for a similar position in a yeshiva, had to move several times in his quest for stable employment.

In the meantime, this lawyer was being bombarded by donation requests from the yeshiva he had graduated from in the U.S., the yeshiva he had attended in Israel, the yeshiva the son of his rosh yeshiva had opened; the yeshiva ketana and the kollelim his sons had attended, the Bais Yaakovs and seminaries his daughters graduated from – the outstretched hands were endless. He was in the financial position to help, but would his kids be able to aid their future adult children, let alone be on the giving end of donations?

Not likely, because with housing and tuition skyrocketing, even those who are well-educated and have graduate degrees are just managing to pay their bills. I know frum professionals in their thirties and forties with several children who make decent livings, but at the end of the day, after paying the mortgage, for home repairs and upkeep, utilities and car expenses, health and life insurance, shul membership, renewed their professional licenses and related fees for continuing education, buying kosher food, stylish clothing, fashionable sheitels, and making simchas – and giving tzeddakah to a myriad of yeshivas, kollelim and chesed institutions – don’t have too much leftover to put into savings. At the end of the day, they don’t have a great deal of disposable income.

Every day it seems there are poignant and urgent appeals from gedolim on behalf of families that have lost a parent and are now deep in debt and poverty-stricken. We are asked to open our hearts and wallets as we are shown pictures of crying orphans. Of course, we feel awful for these hapless children, but, to be honest, there is also an element of frustration, even anger, that their parents chose a lifestyle that put these children at risk of being deprived of basic necessities such as food and shelter – a difficult lifestyle that in a recent letter to Life Chronicles, Isaac Kohn blames on roshei yeshiva.

He writes, “Roshei yeshiva are a great part of the mushrooming problem. They are the ones nurturing the concept that every yeshiva boy needs to sit in kollel and every wife ought to embrace such a bachur and sacrifice health, life and happiness for him. The girls buy into the concept because, supposedly, a working boy is not as desirable as the exalted ‘learner’ and that this is the true Torahdik home every young couple needs to strive to attain.”

Young people are influenced to go into learning (despite their parents’ wishes they go on to university) and, as shomer mitzvot, to be fruitful and have large families. Do the rebbeim and seminary teachers who exert such influence on these kids explain the consequences of that lifestyle?

Perhaps as a wedding gift, the yeshiva administration could buy long-term life insurance policies for their graduates from the thousands of dollars they receive in tuition? In this way, if there is a premature death, the widows (and even widowers – since the wives are the family’s earners) won’t experience the humiliation of being a nebach case on top of their grief.

Is there a precedent in the thousands of years since Jews accepted the Torah where there was such a widespread disdain of working? Many of the rishonim and achronim had trades and were gainfully employed.

In Devarim 33:18, Moshe blessed the tribes of Yissachar and Zevulun saying, “Be happy Zevulun in your going forth, and Yissachar in your tent.” According to Rashi (who earned a living as a wine merchant), Zevulun would deal in business and financially sustain Yissachar who would deal in Torah. Bamidbar Raba 13:17 states that “Zevulun and Yissachar make their livelihoods together, and they receive their reward for Torah together.”

There was no disrespect or denigration of the tribe of Zevulun because its men worked! I am sure that the bachrim of Zevulun weren’t pariahs in the shidduch world because they were “working boys.”

Zevulun and Yissacher had a partnership – implying their particular roles were equal in importance and value. It’s time that this concept was resurrected in our times for the sake of the well-being of future generations. 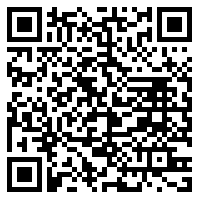