Home Sections Magazine Parshat Vayeitzei
Share on Facebook
Tweet on Twitter
October 1962 was almost the end of the world. For 13 days the world teetered on the brink of nuclear war. Only through a combination of diplomacy, show of force and mild deception, was the crisis diffused. While it was perhaps Kennedy’s finest moment as president, the crisis marked the beginning of Chairman Khrushchev’s political demise. Among the many leadership lessons to be learned from the Cuban Missile Crisis, is Kennedy’s use of passive deception, namely, acting throughout much of the crisis as if everything were normal.
In any encounter in life, having the element of surprise on your side is quite beneficial. Sometimes its presence or lack thereof, is the difference between success or failure. By not letting on that one is aware of a danger or threat that an opponent poses, a person can keep his options open. Additionally, by maintaining such a stance, a person prevents the other side from taking counter-measures. In Kennedy’s case he felt it also important to maintain a sense of normalcy, so as not to prematurely alarm his own citizens or cause an uncontainable panic.
With this in mind, Kennedy kept up most of his scheduled appearances during the crisis, including a prescheduled campaign trip to Chicago on Friday, October 19. By Kennedy’s doing this the American people were kept in the dark regarding the brewing crisis, and the Soviets were unaware that the Americans had photographic evidence of the nuclear weapons positioned in Cuba. Likewise, the Soviets were unaware that the Americans were already debating various responses. Among the possible responses was an invasion of Cuba, which would require as much surprise as possible in order to achieve operational success.
When it was deemed critical for the president to return to Washington on Saturday the 20th, the reason told to the reporters was that Kennedy had developed an upper respiratory infection. Although reporters began to suspect something was amiss, the secrecy was more or less maintained until President Kennedy’s speech to the nation on Monday night, October 22. Eventually the crisis was resolved, and the missiles were removed from Cuba.
The importance of acting as if everything is normal, in order to maintain the greatest number of options is demonstrated in this week’s parshah, by Yaakov. After Yaakov heard that Lavan’s sons accused him of stealing their father’s wealth, he noticed that Lavan no longer trusted him as he had previously. The Torah states (Bereishit 31:2): “And Yaakov saw the face of Lavan and behold it was not as it was in the past.” It was at that moment that Yaakov realized he had to return to Israel, as confirmed by G-d in the next verse.
It was then that Yaakov began his preparations to leave Lavan’s house. He started by explaining his decision to Leah and Rachel and getting their total support. He then began the actual packing up of his property, planning to leave when Lavan was out of town tending to his own flocks of sheep. The Torah then describes (31:20) how Yaakov deceived Lavan by not informing him of his intentions to flee. In his commentary to the verse, the Seforno explains Yaakov’s deception in an interesting manner. According to the Seforno, Yaakov’s deception was not that he snuck away from Lavan. After all, no mind games were involved. Sneaking away was simply part of the tactical necessity. Rather, the deception was that Yaakov never indicated that he was aware of Lavan’s sons’ negative reports about him, or that he realized Lavan no longer trusted him. According to the Seforno, Yaakov’s deception was that he acted totally normal, never letting on that he realized there was a problem for him to continue living with Lavan. By doing so Yaakov expanded his range of possibilities, ensuring his successful escape from Lavan with his family and property intact. By acting as if everything was fine, Yaakov bought himself the precious time necessary to arrange his escape. Had Lavan suspected that Yaakov was aware of his sons’ damaging reports he would have done everything in his power to thwart Yaakov’s plans.
Although honesty is an essential leadership trait, the ability to act normally despite being under pressure is critical as well. Being honest does not mean full disclosure to your opponent or challenger. Keeping one’s options open has always been an important leadership tool. Keeping one’s knowledge of his opponent secret is often necessary as well. Knowing Lavan’s underlying hatred of everything Yaakov stood for, Yaakov realized that he had to escape from Lavan, no matter what. Carefully guarding his knowledge of Lavan’s true intentions was an integral part of his escape plan.
All leaders need to understand the importance of this lesson. Keeping to a normal schedule is often part of the victory strategy. As a nation and people, we can only imagine where we would be today had Yaakov not understood this. As members of the human race, we can only imagine what the world would be like today had Kennedy not understood this lesson as well. 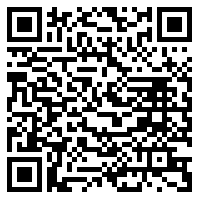