Long ago, when I was but a fresh, bright-eyed kallah, a diamond engagement ring was a considered a social necessity. Every bride received one. It was a public announcement of your new status, a symbol announcing that you were now an emerging, bona fide, respectable member of adult society. And the larger the stone, the more you respectfully emerged.

But I didn’t care about public announcements; whoever had to know I was engaged, knew. Nor was I into status symbols. I was young, idealistic and scornful of such mundane, materialistic matters. So to my parents’ chagrin, even though our family was not into showy jewelry, I refused the gift of a ring and received a watch instead. It was simple, but lovely and useful. Little did I know that I would eventually have second thoughts about rings. But that was later. Meanwhile, my chosson was diamond enough and we had better things to do with money than invest in stones.

Besides, I was already the owner of one very special ring. For a while. On my sixteenth birthday, my bubby gave me her engagement ring – an old fashioned (sans diamonds) marcasite which wasn’t worth much in the way of money, but to me, it was precious. When she passed away, her gift was doubly cherished. Several years later, soon after our wedding, we were robbed and her ring, together with everything else in the house, disappeared. I vaguely remember the other stolen items, but I have never forgotten her ring.

With the passing of time, I wondered why I had been such a stubborn bride. After all, everyone knows that diamonds are a girl’s best friend. My husband would have happily bought me a ring, but as my tastes evolved along with the seasons, I no longer wanted just any old ring. Anyone could have one of those. If I was going to get a ring, I wanted something special, unique – something to convey my own distinct, individual style and taste. And with a good quality, nice sized stone, of course.

However, since our finances were not structured for good quality, nice sized stones, I set my fantasies aside and concentrated on the diamonds we actually possessed – our kids. They, too, were quite costly. As our income grew, the price of keeping our homebred diamonds fed, clothed and educated grew along with it and all excess cash was immediately impounded for their needs.

When our fifth child was born, my husband decided the time had come and he bought me a ring – a gold band set with four tiny diamonds interspersed with five small rubies. It was quiet and elegant and just right as it sat snugly under my wide gold wedding band. Until it didn’t. One day, it simply disappeared. I had no idea when, where or how. Gone, perhaps, to join my bubby’s marcasite ring? I refused to consider that possibility. And so began my search.

You would not believe how many hiding places there are in the average home. Drawers, cups, cabinets; corners, shelves, toys, jars, over, under, behind and between furniture; inside wastebaskets, laundry bins, vacuum cleaners, tangled in broom bristles. The list is endless. I systematically went through each and every nook and cranny in the house – more than once. I looked long and tried hard but still didn’t find my ring. So what was I to learn from my tale of woe? What was it with me and my rings? Why wouldn’t they stay put?

My kids said, “Roll with it, Imma. No use working yourself up or getting depressed over something you can’t do anything about. There are enough things to tax your serenity in the world. It’s only a ring.”

But I didn’t buy their laid back philosophy. There must be some message in this disappearing ring syndrome. Is this an exercise in emuna and bitachon? If God makes things happen, there must be a reason. A good reason. Even if we don’t understand what it is, gam zu l’tova. And if we have difficulty digesting that, well, then perhaps it’s time to find ourselves a good mussar shiur! Thankfully, a lost ring is not life threatening and if God wants to shake us up a bit, this is a fairly painless way for Him to do it. It should be a kappara for our sins.

Nonetheless, I did have one last hope. As a bona fide Litvak who does not normally indulge in segulos, I put off using Rabi Binyamin’s pasuk to find lost items. I don’t like to ask God to change the natural order of things for me unless it’s an absolute necessity. But as Chazal said, yagata matzata. If I did my part and tried hard, I still had hope my efforts would bear fruit (i.e. ring) for my labors.

After several days of searching, I finally pulled out my siddur, said the pasuk, and gave my tzedakah. After all, when Yaakov Avinu refused to believe that Yosef had died, this was a sign that Yosef was indeed alive somewhere. If I hadn’t yet given up hope on finding my ring, wasn’t that a sign that the ring was waiting to be found? I went to sleep, trusting that my prayers would be answered. The next morning, I decided to do one last search, just to show that I still had faith. I started in the most logical place of all: my jewelry box.

Lo and behold, in the very box marked Gold, there was my ring, entangled in a pair of loopy, gold earrings! I was dumbfounded. I started to cry, shaken to the core and humbled by the personal, immediate Divine response from G-d Himself. (And I remained on my very best behavior for the rest of the day!)

The cynics among you would probably say the ring was there all the time and I just didn’t see it. Hashem had simply “opened the eyes of the blind,” just as the tefillah states. But I am willing to swear in court that it was not there the previous five times I had looked in that box, emptied it out and gone carefully through it. I had no doubt that Hakadosh Baruch Hu had mercy on me and had replaced the misplaced ring back into its box in the zechus of Rabi Binyamin.

All that remained for me now was to make sure that it stayed firmly in place… on my finger where it belonged. How wondrous are the ways of our All Knowing, Merciful Father! And while you’re at it, keep your eye on your rings! 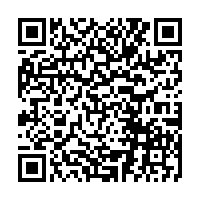